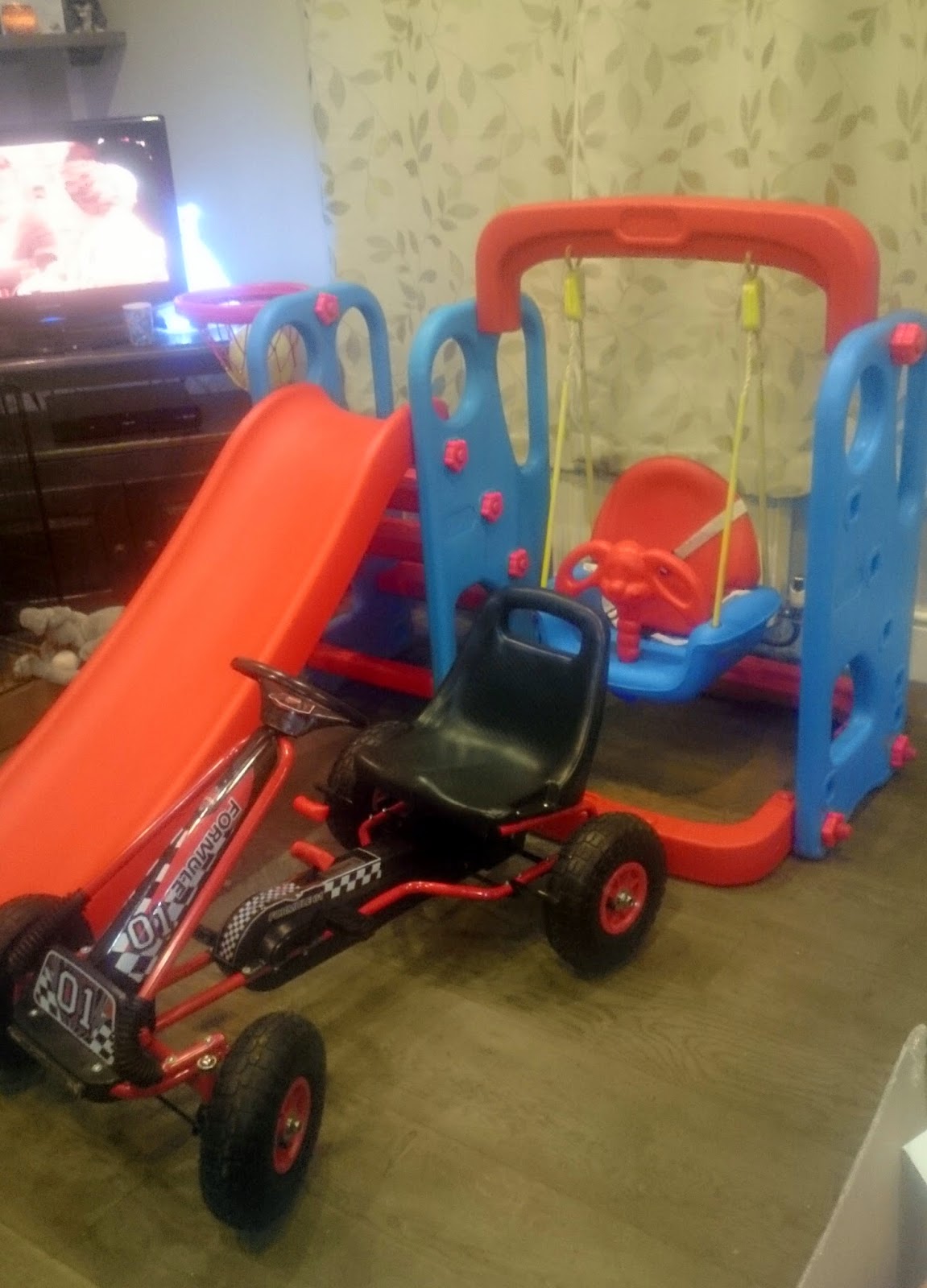 Twas the night before Christmas (CD-1 in new money) a time traditionally spent by parents fretting over the presents for their sproglets that invariably require some form of self assembly. This armed with the required tools, namely a power screw driver and pair of scissors (the latter due to the fact the pliers and house spanner were missing) and several medicinal beers the apprentice's go kart and rug rat MkII's gifts were laid before me (or rather their bits were) and I began the task of reading the instructions. In bold letters on the front of the go karts was a stark notice "It is the duty of the importer to translate the instructions into your home language"
Thankfully the Welsh importer had done a fantastic job and within two pints the four wheeled fun machine was ready for action. Flush with success I turned to the Baby Gym instruction book and took a sip of beer 3. The instructions made very little sense at first glance, primarily due to the fact they were written in German. Having been Mr Organised this year I had got the baby gym med November and now remembered the import documents, made in Germany, for Germans, no need to translate. Panic set in along with a beer fuelled idea to phone my mate Andy in Germany but several things prevented this happening, such as time difference, not wanting to induce a sense of humour failure on a new dad, losing his phone number and an unwillingness to admit defeat. In any case having spent a while in Germany I was pretty sure I knew my rechts from links, and whilst my ability to identify the right schraubenmutter and bolzen might be impared I was going to verschrauben this rutschbahn together before the fat bloke descended and scoffed the mince pie, carrot and overly generous sherry left out as a bribe.
As the picture shows ich bin der champion baby fitnessraum bauherr! And I go to the mince pie and sherry first.
Posted by Tony at 14:04

Hehe. Thanks for letting me sleep...