Was it worth it? 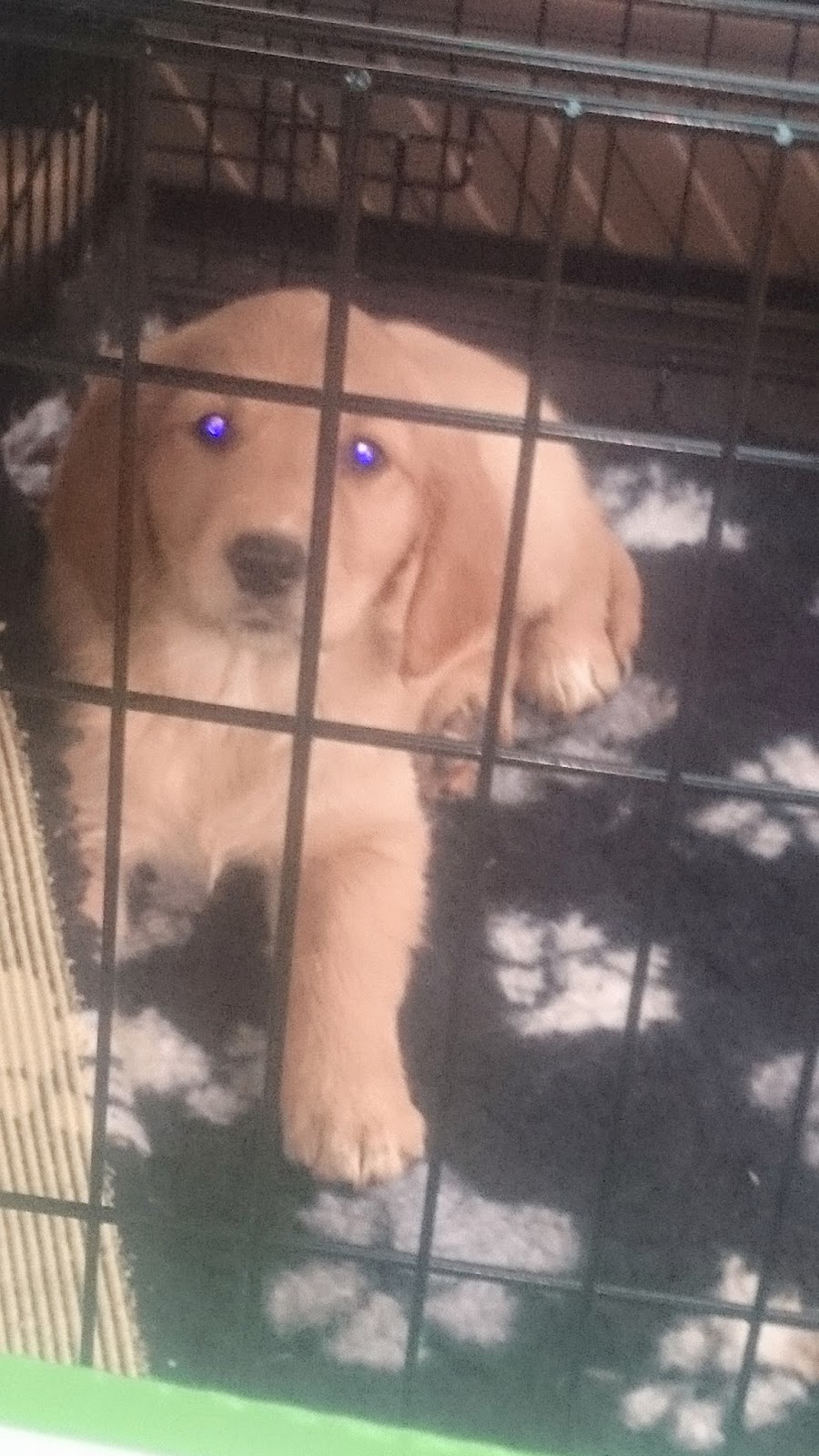 For once in my life I was totally organised for Christmas. So organised in fact that I had found the ideal gift for my beautiful and oh so patient wife at the end of October, a lovely Golden Retriever who would be 8 weeks old three days before Christmas and within driving distance of Rock HQ (read within 300 miles) The fact we already have 13 dogs (at the time) is a side issue and early signs of the prudence of this decision were called into question by the return of Mrs Bear to our care. So by the time GR arrived there would be 14 K9's, so with that in mind the idea that one more really wont make much more mess the decision to go ahead was made and the secret of Advent Belle (thats her name) was kept right up until she arrived late 21st December. Such a secret in fact that when my beautiful and oh so patient wife was asked to come outside in the dark into the howling wind and rain she thought I was off my rocker and was about to show her a motorbike I had bought off ebay. (I haven't) (yet) 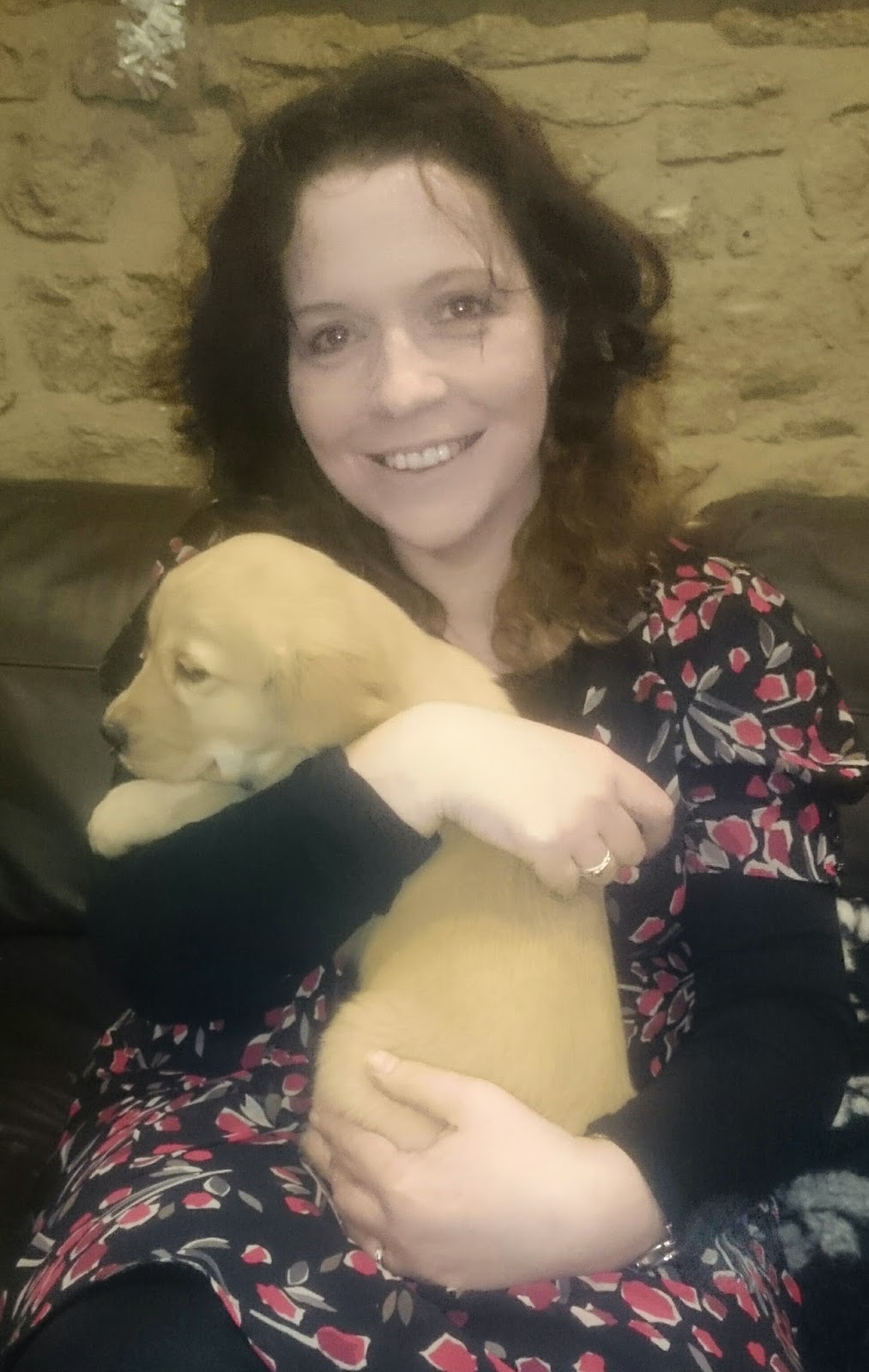 In the back of the recently repaired Gerry she found a crate with this pup inside. 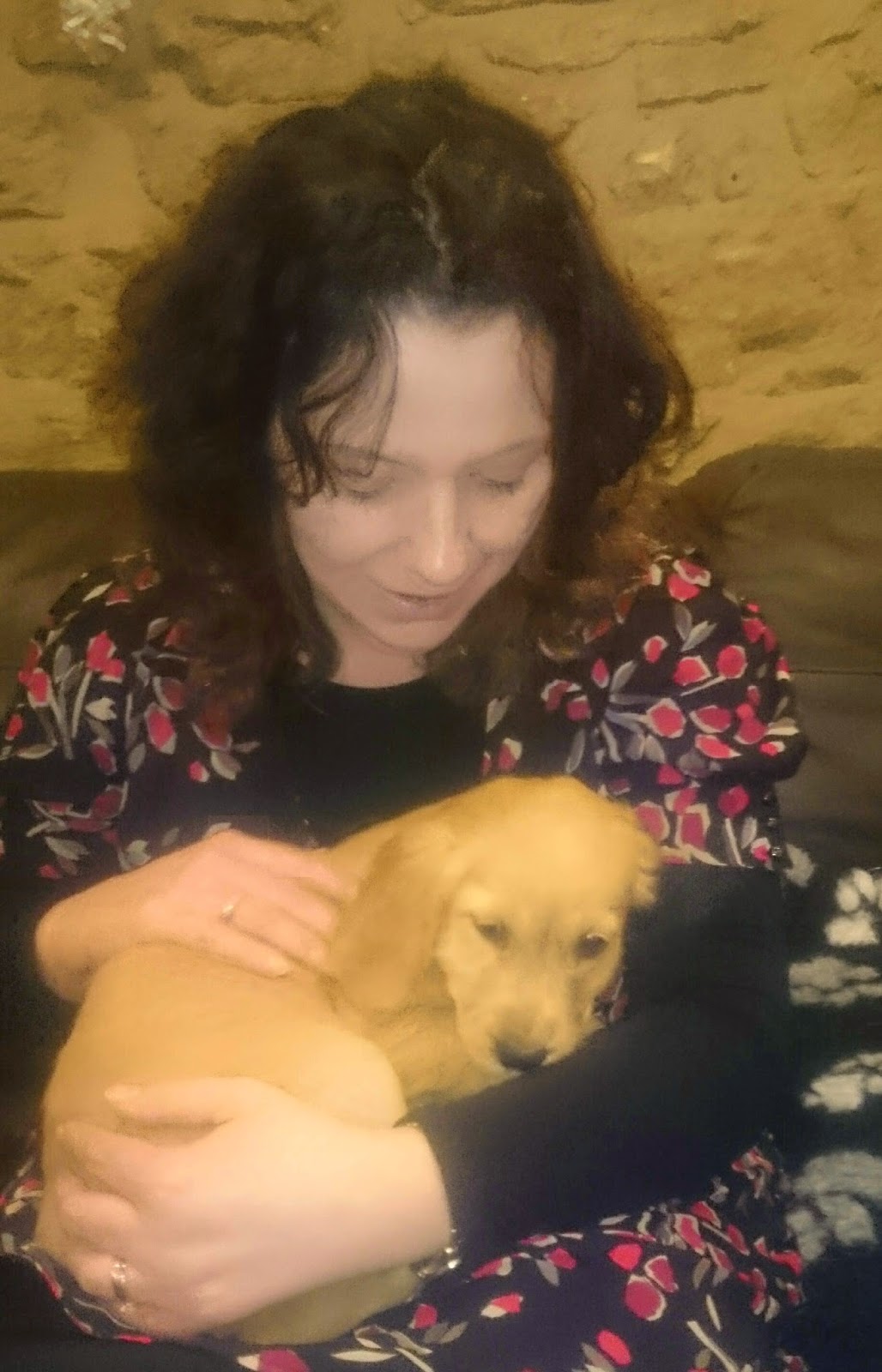 The look on her face reminds me it was all worth it. A fact I recalled as I stepped barefoot into a puppy mine as I wandered zombie like to the kettle this morning.
Posted by Tony at 13:30