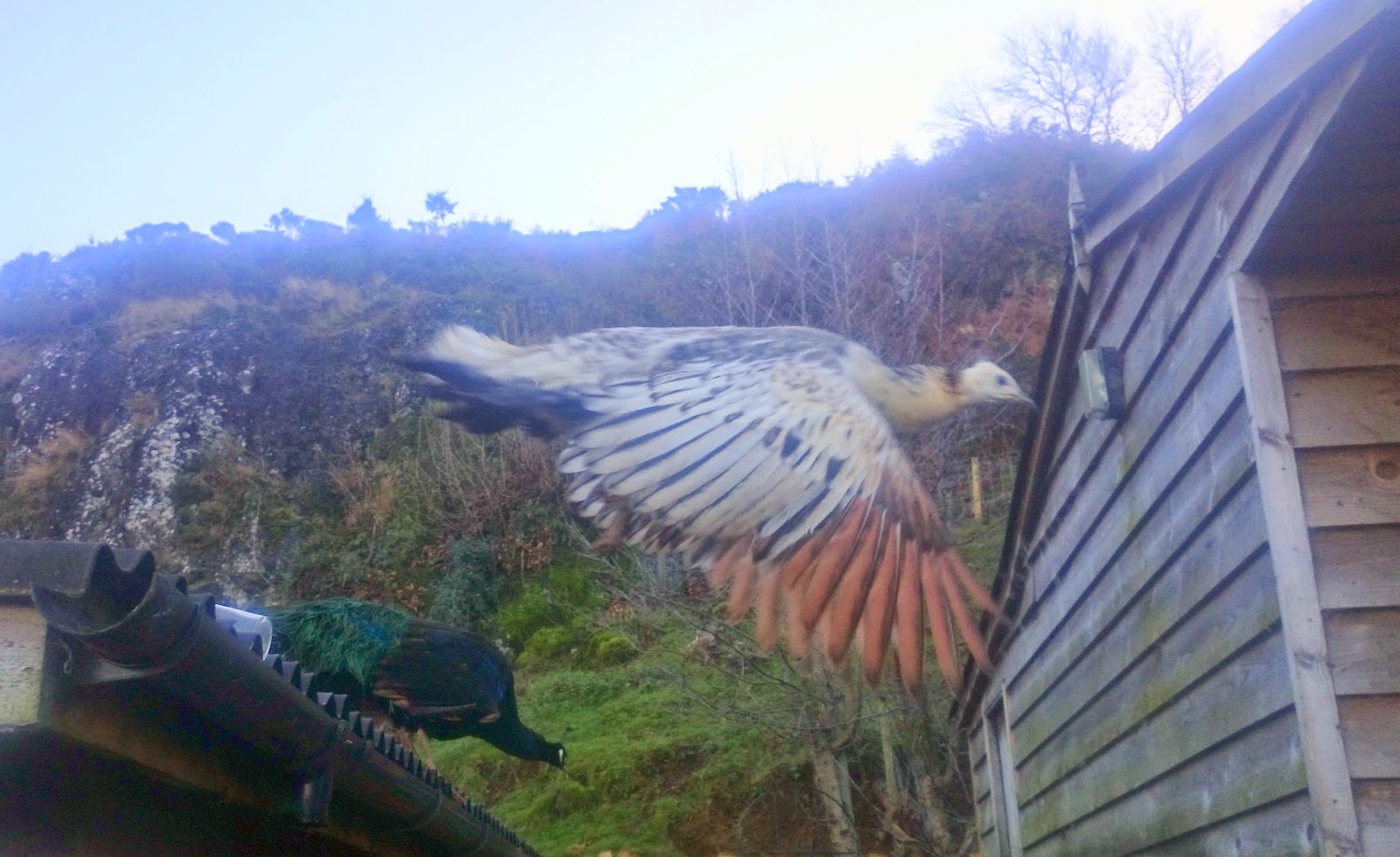 Leaving aside dive bombing peahens nearly decapitating yours truly as he went about his lawful business today (yesterday thanks to PC issues) was spent facing the awful prospect of deadlines. Having found a rich seam of undone research and persuading the University to froth with excitement at the thought of accolades thanks to young (ahem) researcher finding a link to life the universe and everything there comes a point where some work has to be done. Persuading academics to forsake dunking their chocolate hob nobs and listen to well reasoned research proposal is one thing, committing the plan to paper for the ethics committee to peruse is another and the deadline for that was tomorrow (today) Several IT issues delayed progress, as did emailing the wrong version to myself for a final proof read, but all that paled into insignificance when I got mightily distracted by tinsel and the joyous look on little kiddies faces when confronted by large sleigh pulling mammals and fat blokes with white beards. 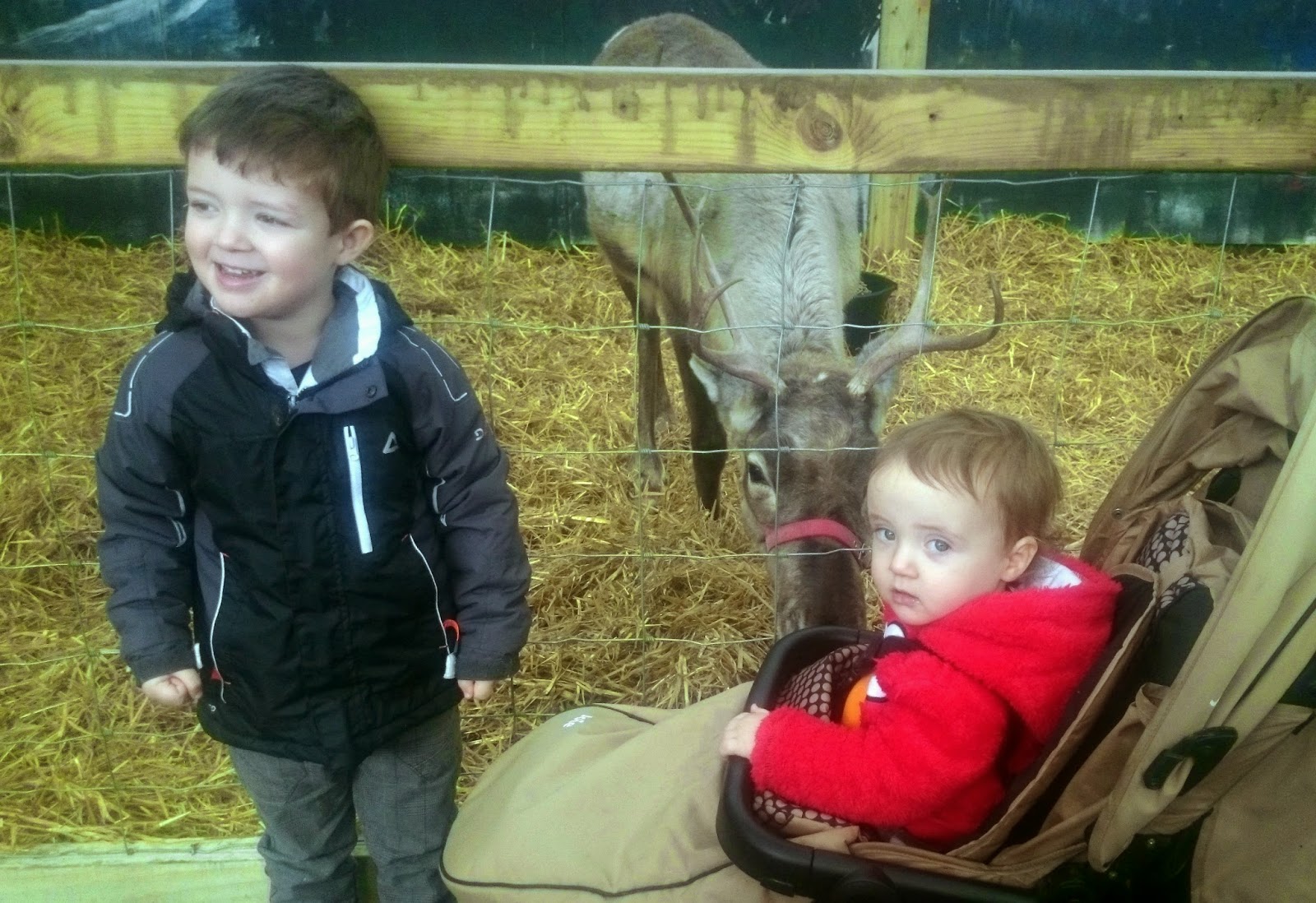 So instead of working like a diligent research type boffin I loaded the sprogs into Ruby and headed off to find Father Christmas. As can be seen, the thrill of it all was all too much for rug rat MkII and his reaction of stunned silence sums up the encounter with the less than jolly fat bloke dressed in an ill fitting thread bare red suit. Now the run up to this meeting was all very promising (forgetting for the moment the chaos in the car park) with interesting animatronic things to keep us occupied as we shuffled forward in the queue. How we marvelled at the almost life like polar bear which almost looked like it was breathing, if you concentrated and watched carefully it did just about move. Similarly it was highly entertaining stopping the apprentice sticking his hands in every water feature (available in store now) or preventing him derailing the toy train as it shot past. Finally we met a very happy elf who gave us all a sweetie and promised we would be thrilled by the magical encounter with his pie munching master. Through the doorway we went and inside was a vision of misery on a fake throne surrounded by presents. Clearly the essential attributes for this Father Christmas job application was no sense of humour, no smiling, zero personality, an allergic reaction to kids and absolutely no contact whatsoever (this includes eye contact)  Now if I had wanted the apprentice and rug rat MKII to have an encounter with an unhappy fat bloke I would have stayed at home, given them both hammers and free reign to my bicycle collection (N+1 where N now =7+2 exercise bikes) As it was I expected substantially more than a grumpy old git with an aversion to being photographed with children. So joyous encounter was considerably less than and we left Grumpy to it and did a spot more reindeer bothering. 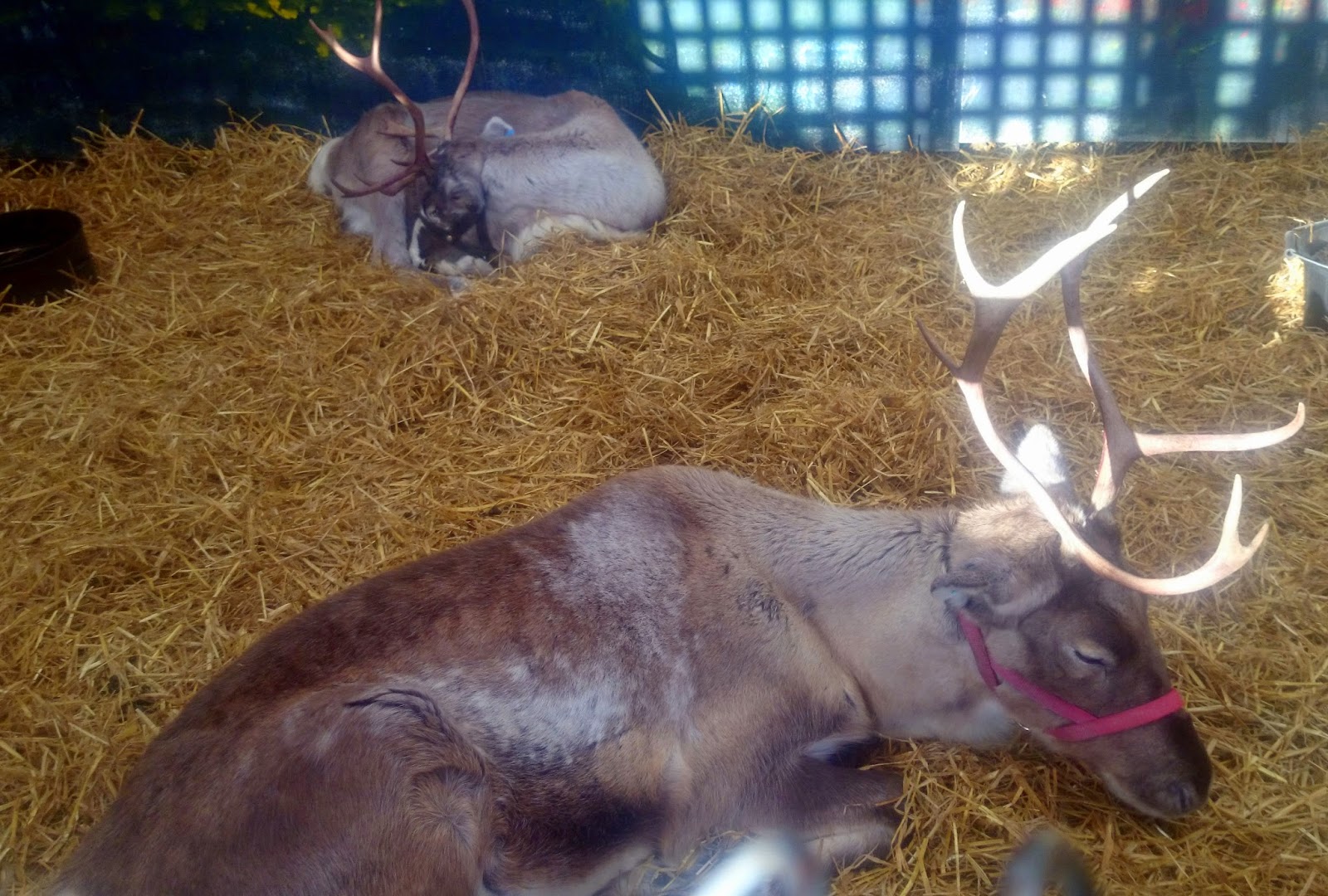 Afternoon was spent looking at deadline, calculating how much time there was to deadline and what was necessary to meet deadline, moving stuff on my desk, making tea, checking the deadline was closer
and so on. After endless procrastination the scribbling eventually took on some semblance  of order and once panic subsided over how many appendices the ethics committee thought were necessary on any successful application it was cobbled together with minutes to spare and emailed to my supervisor, a very capable Dr who has decided that she can work with my eclectic thought processes and apparent inability to take deadlines seriously. So much so that she has accepted the challenge of managing my PhD.
Posted by Tony at 15:58