As predicted some part of the day was spent persuading delivery drivers that it was safe to get to HQ, well actually it wasnt, more of that later. What wasnt predicted was that the delivery of stone to "mend" the drive and to put down as a hard core base for the Swiss Chalet Kennel Block arrived today rather than tomorrow on account that Steve the Skip had realised it was the 6 Nations. He tried to fob me off with tomorrow the weather will be too bad to venture outside but we both knew that one of us would be sat in front of a giant screen watching England stuff France and the other would be shifting 16 tons of rubble. 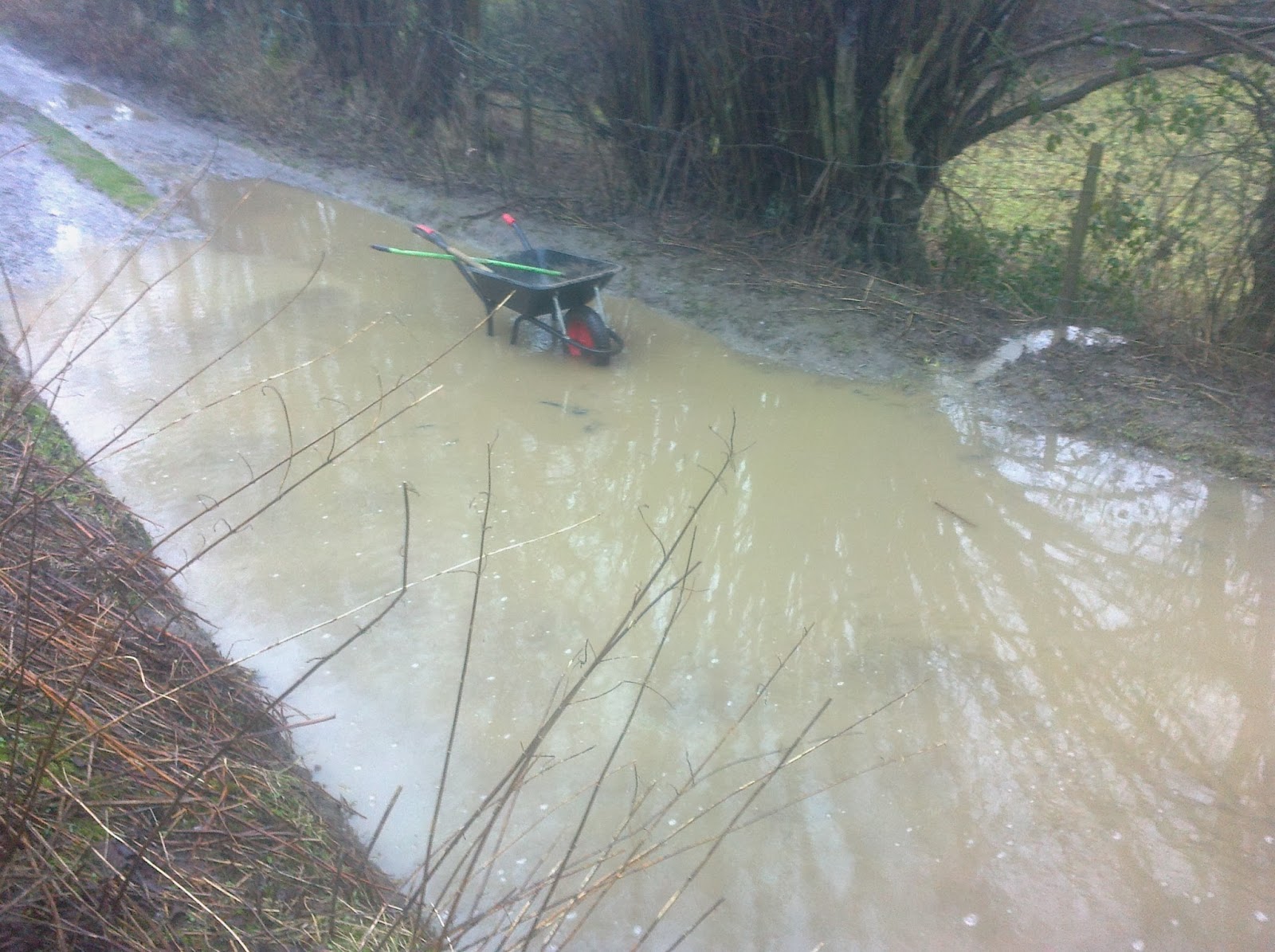 The lake that has sat at the start of the lane since 1986 has had its day. First stage of dirt track makeover was to plug the massive aquatic areas. This also meant that if the job did not go well, and quickly, we were trapped at HQ behind several massive piles and the washing machine delivered anytime in your chosen four hour slot would not make it to the house. 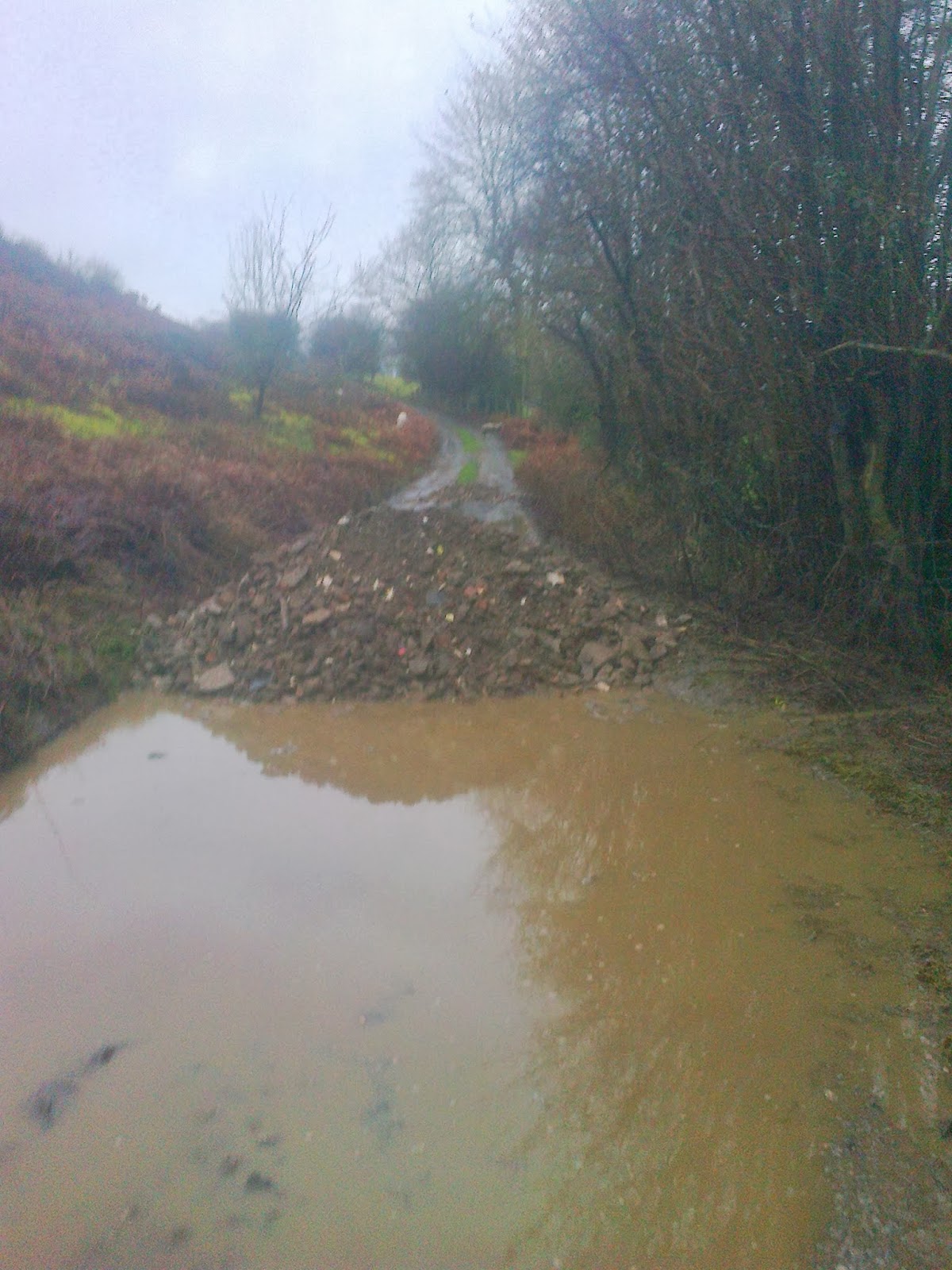 Under the careful supervision of Rocky and Reba yours truly set about the man test and was almost completely successful. 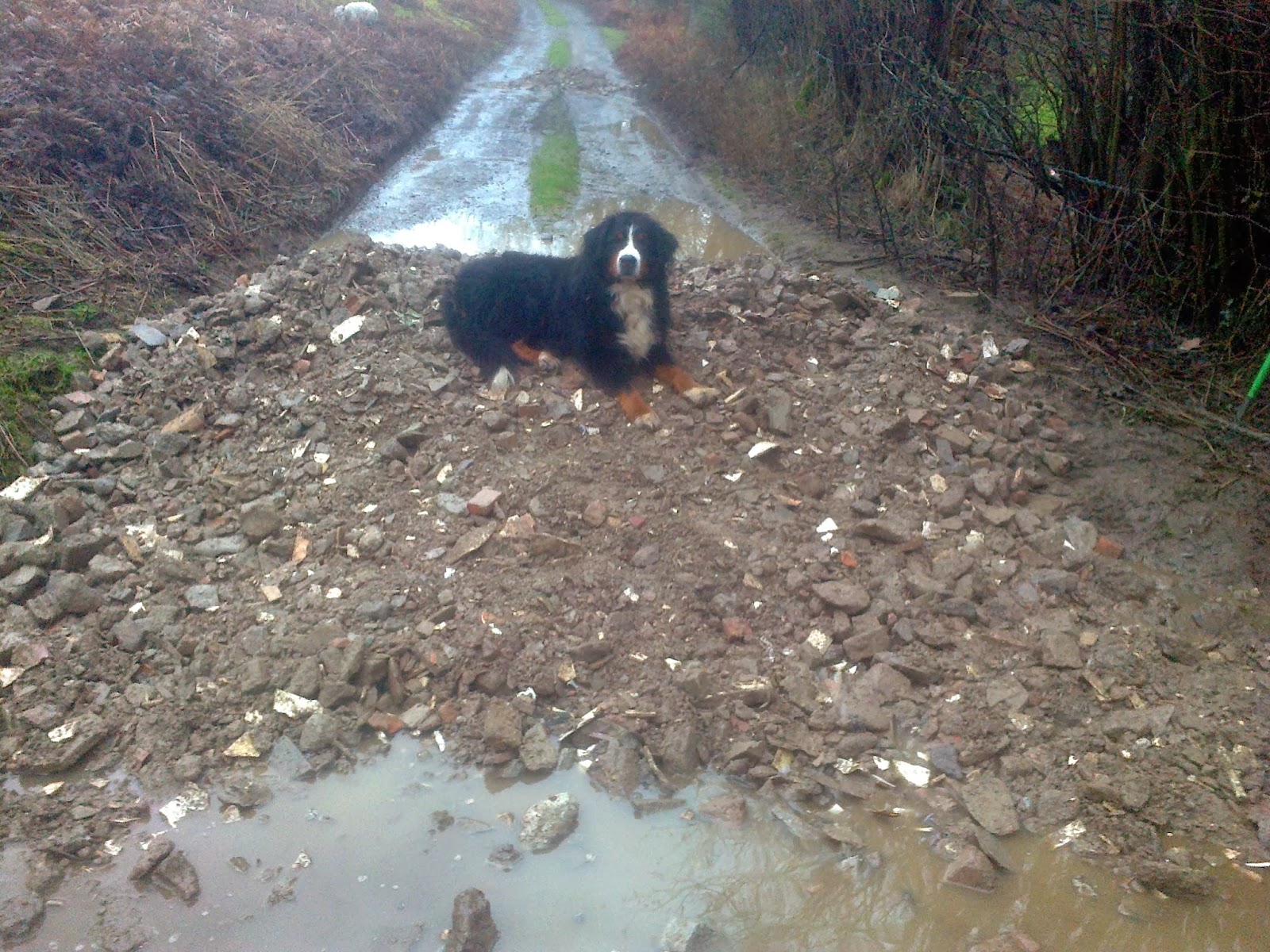 The deepest lake was filled (almost), the minor lake uphill of the super big one was filled 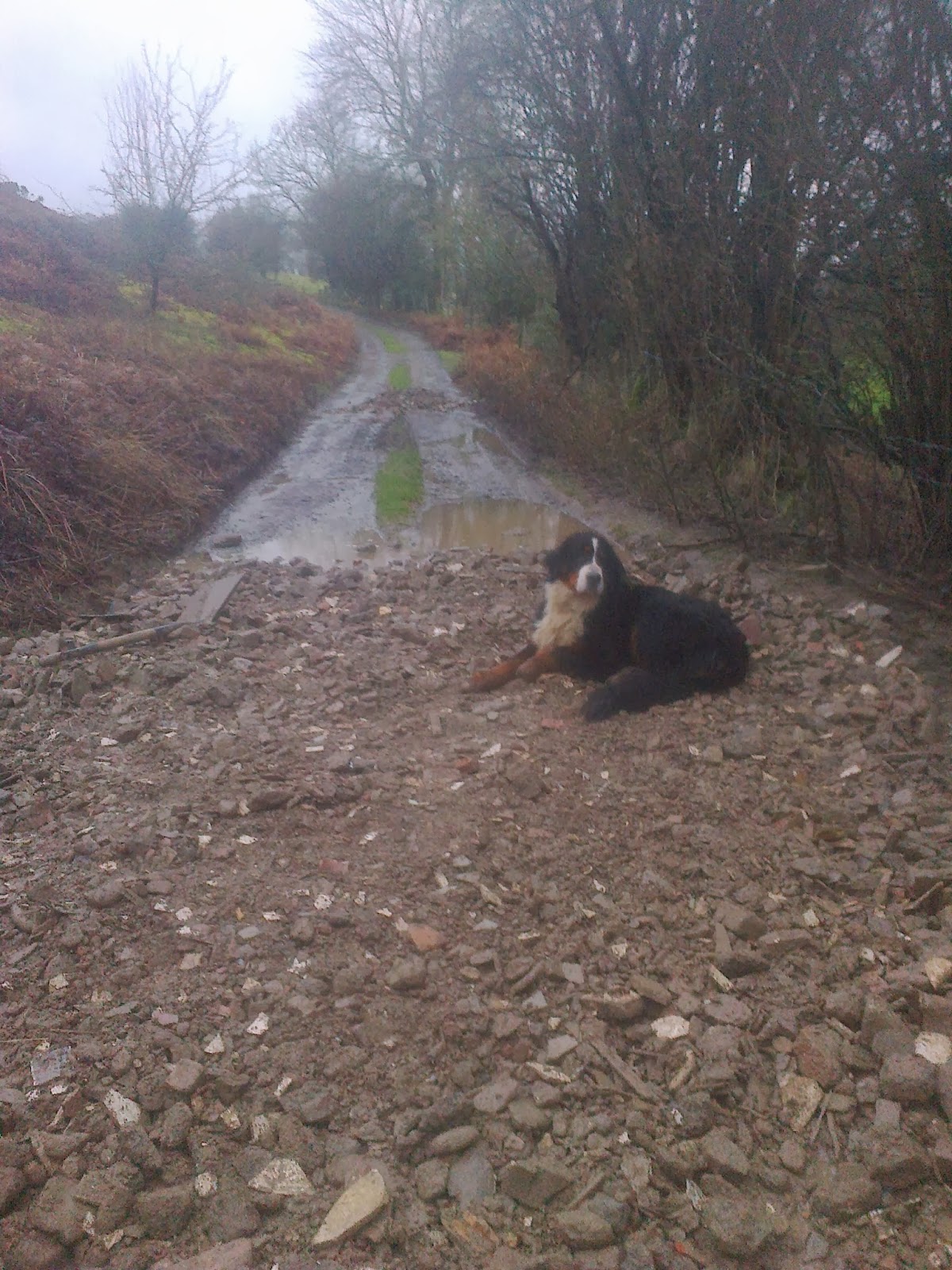 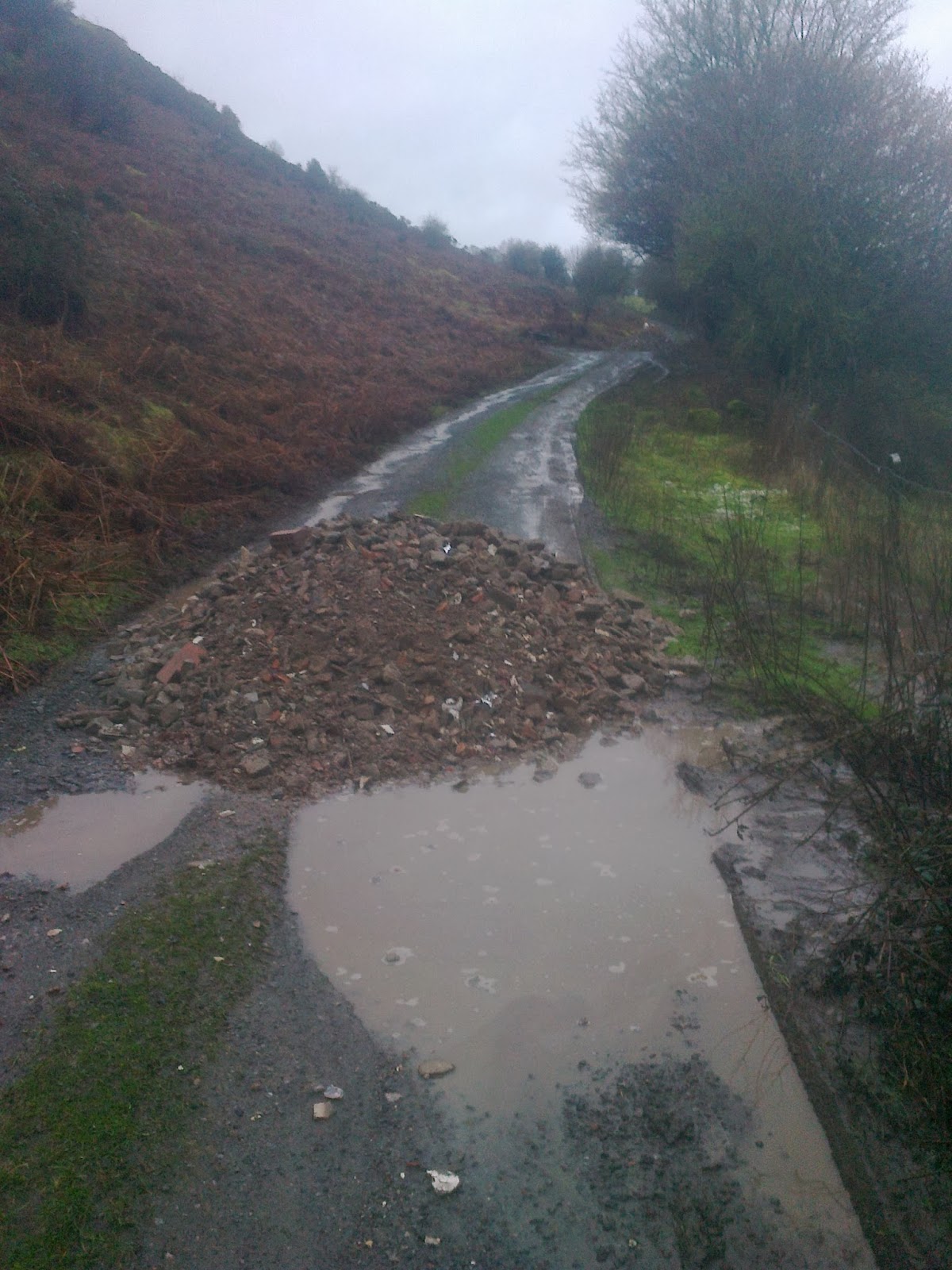 the sound of a lorry in distress in the Oracles yard alerted me to the fact that the washing machine was going to be delivered but not where we wanted it. Neither was the old one going to be taken away. 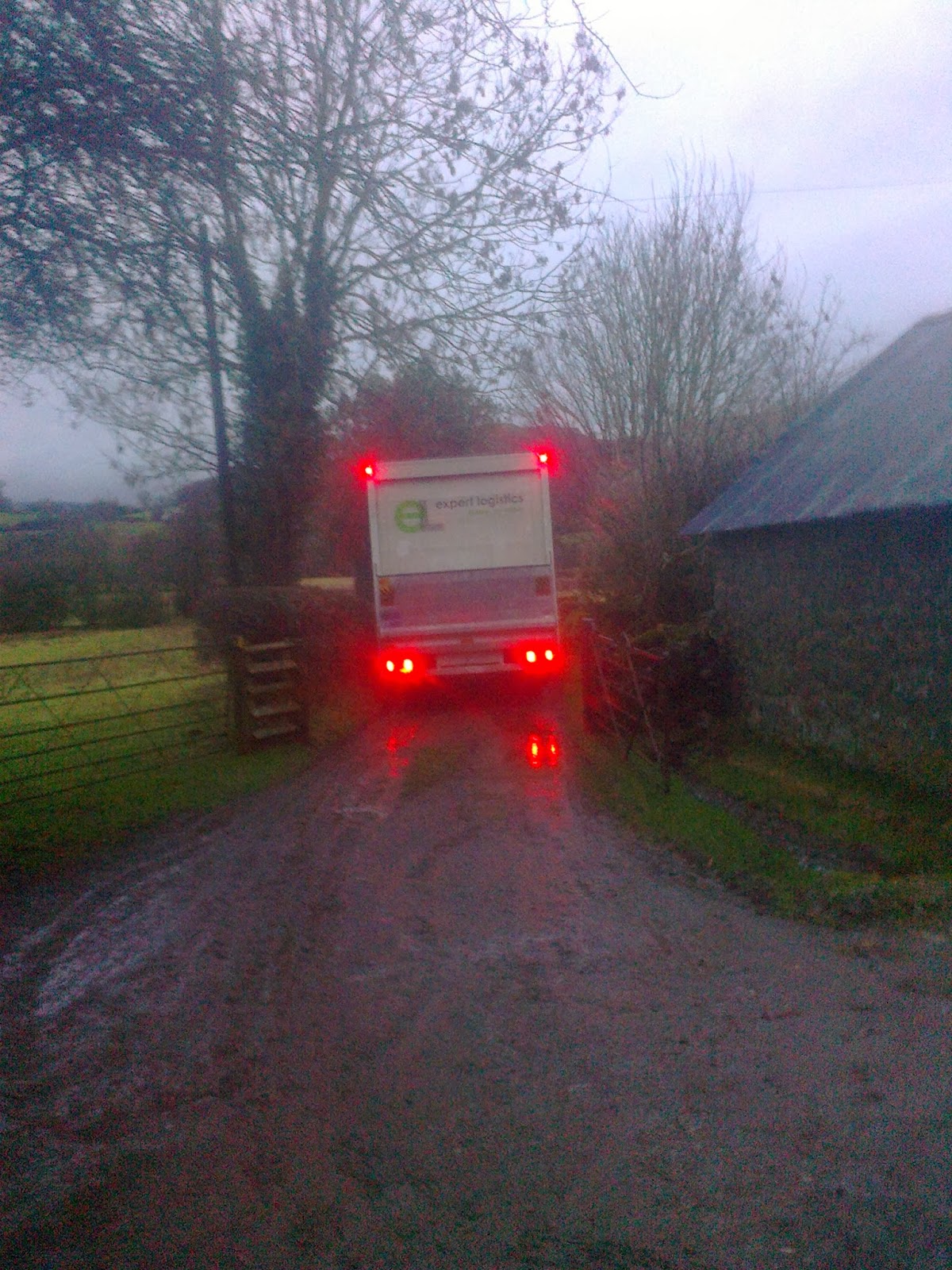 This was small stuff as the lorry was A) Trying to get out of a ditch B)too big to get under the trees C) Too big to execute a 3 point turn and after several hundred back and fores, much swearing and praying the delivery team were facing the right way to escape and free from falling branches. 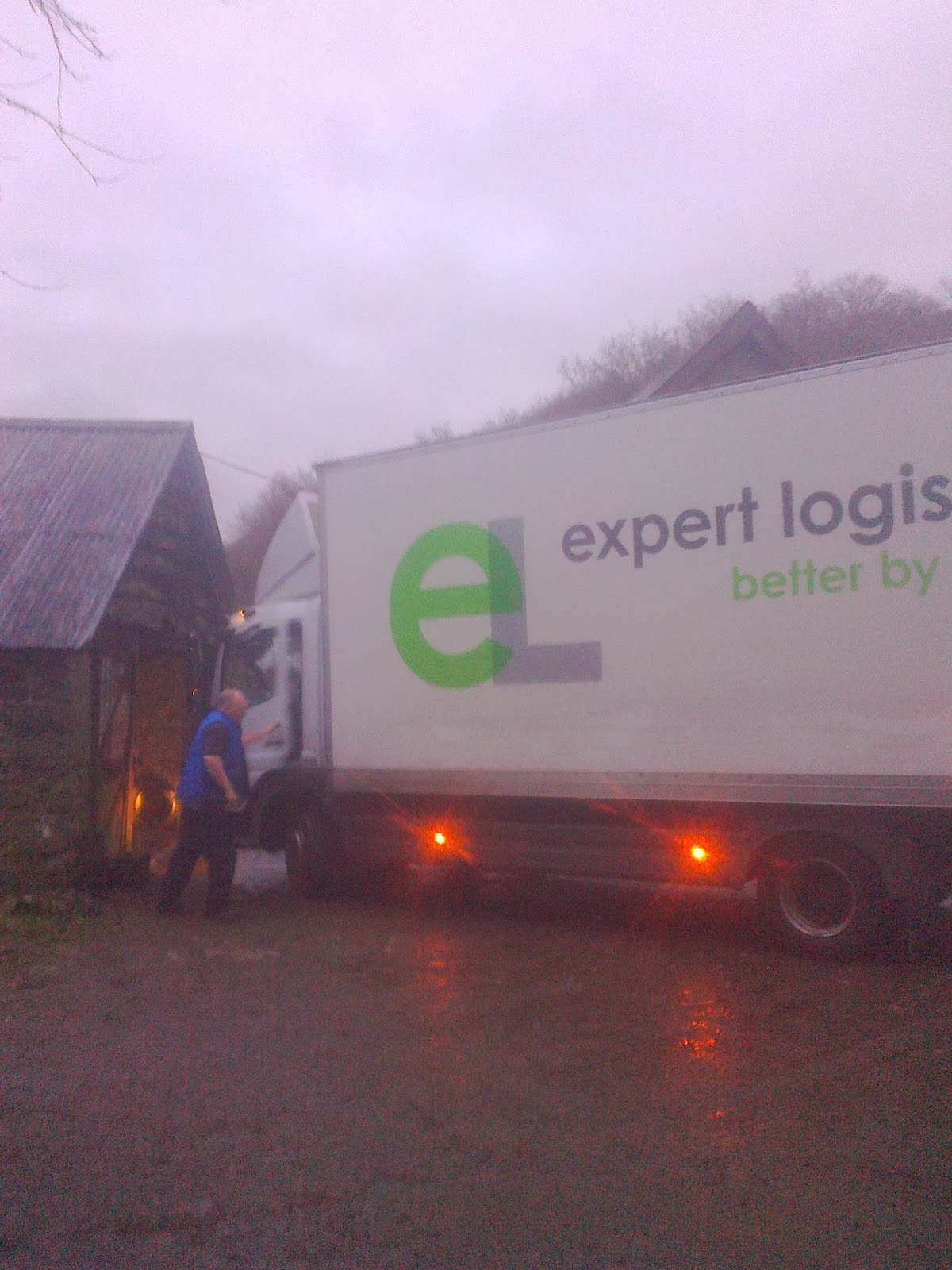 The washing machine was put in the Oracles out house for recovery later and I set about the final mound with renewed vigour, which lasted all of 5 minutes as it was nearly dark and fresh tidal waves of rain was falling on me all joy of road building evaporated and I squelched back to HQ. 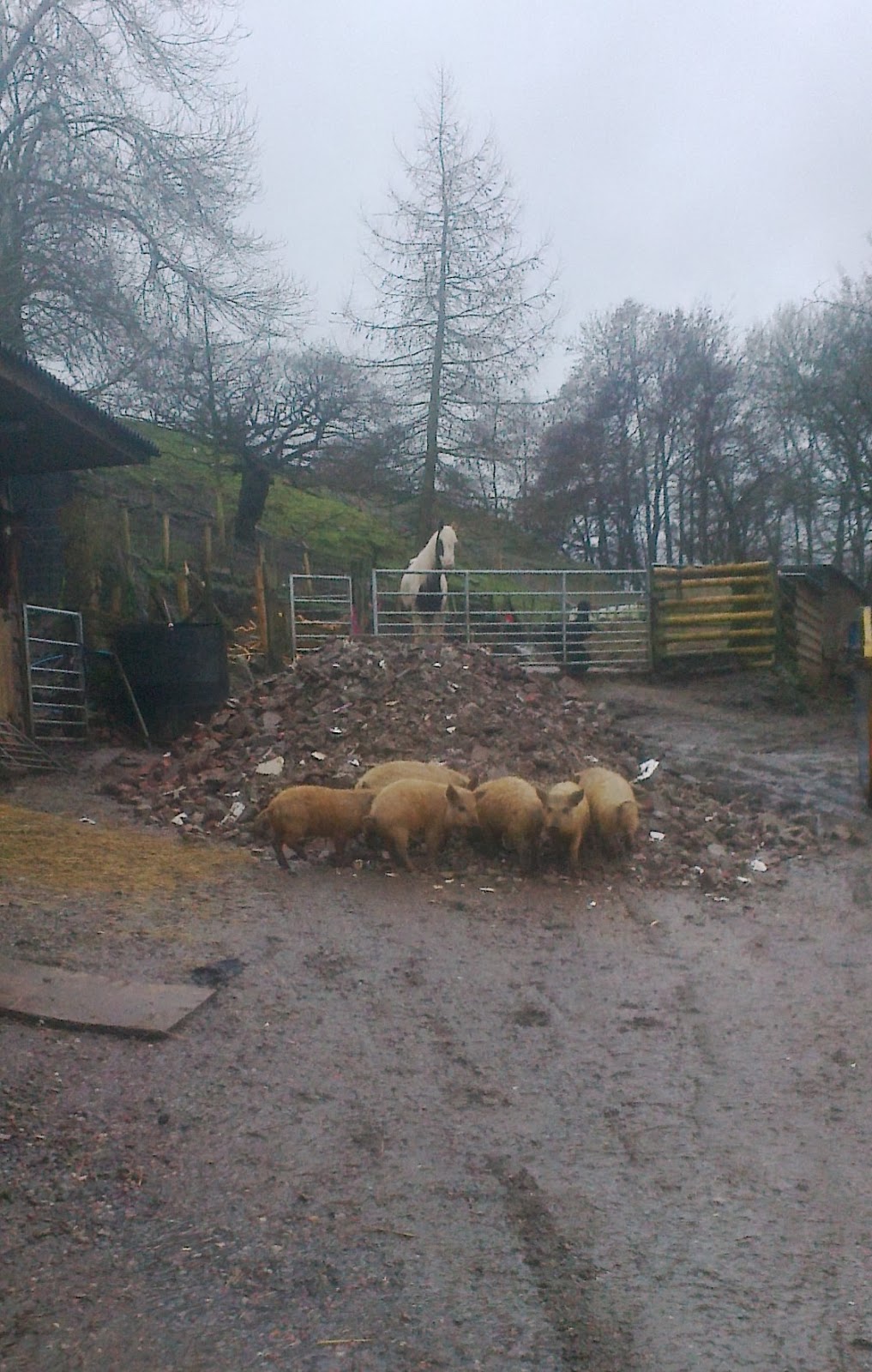 Tomorrow I get to do it all again, blisters and bad back allowing (heaven forbid that I am too stiff to move and have to lie on the sofa, its not as if there is anything good on the telly, ahem) and will get to use the whacker plate I hired to smash the stone into the planet.
Posted by Tony at 23:17