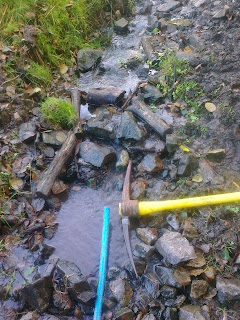 Apparently its bad form to go for a 120 mile bike ride days after the birth of MkII rug rat so instead of donning the lycra and setting off with other like minded Mamils  I did the decent thing and got on with the jobs list. 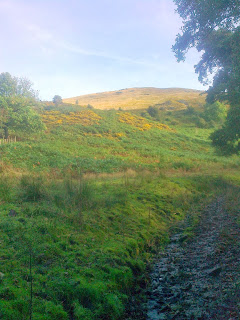 And as it was sunny, windless, dry, perfect cycling weather I soon forgot about the joys of long distance sportives, even when dozens of Mamils went past in a very disorganised peleton (Rock HQ was on the route) and so I focused on the job in hand and sorted out the water supply for the animals and garden, or as my beautiful and oh so patient wife described it. messed about playing dams. So the water flows down the side of the Bonsai Mountain into the Cauldron, see above, and into a large blue pipe, above the above. Over time and through clumsy pony hoofs and illegal motorbikes the pipe got squished and the dam got broke. So today was put it back together day. 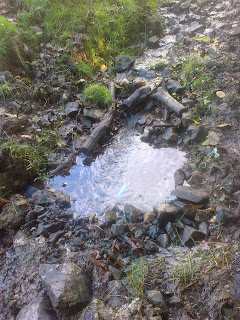 In no time at all a brand new reservoir and dam was constructed and millions of litres of fresh water now flows through the arcane pipework of HQ refreshing the pigs, goats, poultry and Trevor Shitland. 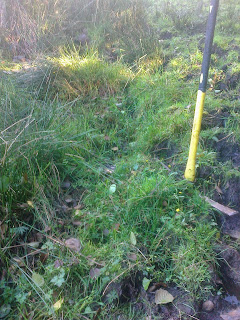 Having had such fun sorting that out I decided to tackle the reservoir that supplies the garden but as can be seen from this picture its a bit over grown. Its dead centre of the pic and the stream that supplies it has all but disappeared. This was more of a task and end of play saw a new channel cut for water, which was in fact liquid mud so its been left sort itself out in the next heavy downpour. Once that deluge has cleared the sludge out I will connect it back to the pipework. 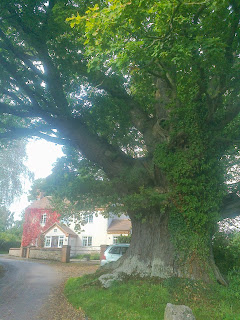 Tomorrow I will let you know whats so interesting about this Oak tree.
Posted by Tony at 22:10