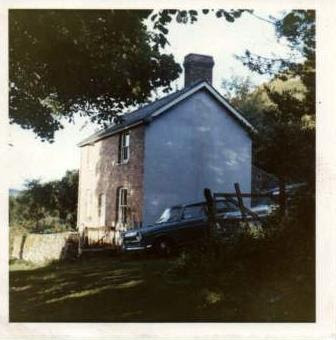 We were sent these pictures of Rock HQ by Phil (not Steve) who lived here in the 1970's. At the time of bright orange space hoppers, flared trousers, chopper bikes and Berni Inns an embryonic Rock HQ was perched on the bonsai mountain waiting for mains electricity, telephone lines (still waiting!) and running water. Life was tough here then, the picture above shows the cottage with a small lean too on the back, which we think, thanks to Lyn contacting us, was a kitchen/bathroom/toilet. Not sure how the Austin 1300 managed the dirt track, which was not as in such a good condition then as it is now (the track not the car), and there is what looks like a Triumph Toledo parked behind. 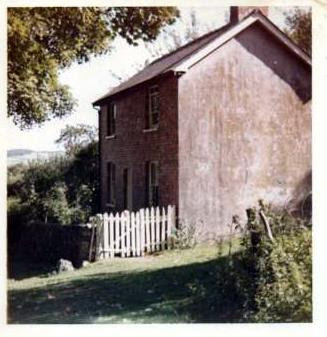 There were more trees in front of the house, the stone wall seen above is now the base of the conservatory, and unbelievably one of the white gates seems to have survived and is currently not doing a very good job of keeping animals out of the veg patch. The clear side of the house is now a workshop extension and the Berner annexe. 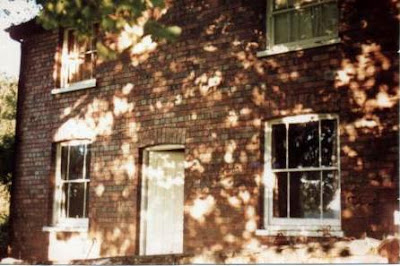 The windows have changed twice since the 70's and are set to change again, a second door was installed in the smaller window, then changed back to a window. Its a pity we have no pictures of the garden or cliff. Lyn's email asked about a particular rock, was it still balanced on the cliff edge, no, its part of the garden now, a huge part. So thanks to Phil we have a better idea of what the cottage was like and how its transformed, and Lyn has given us more recent pics which we will post later in the week, including some interior shots and the fields around. 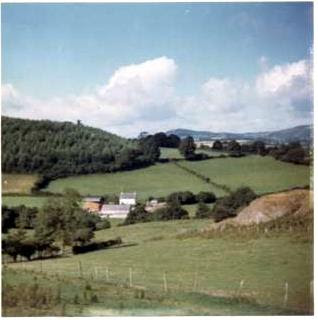 Phil also sent this shot of the Knowle, a small farm close by. This has also changed, the wooded hill behind has been cleared, several large trees have gone and some of the smaller ones are huge. When I get the chance I will get a modern comparison shot.
If any one else has pictures of Rock HQ from days gone by please send them, and any of the hill, the garden, lane and most unlikely but if any one has a picture of the old cottage that used to be above Rock HQ, the remains are in the field, the property was sold to Rock HQ in 1910 for £10! We would like to see any and all :)