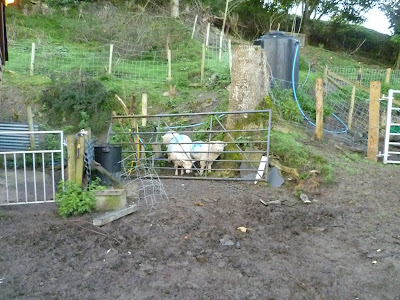 Ferny Fern Fern from Ferntowns leadership took a serious knock when she led her little flockers into a gate that wasn't there. 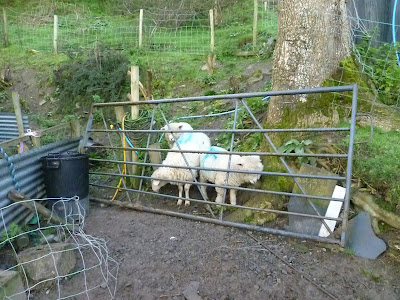 Clearly it was there, as it was a serious impediment to progress, but yesterday it wasn't, so technically she was right by thinking this gate wasn't there when she led her merry band down the Bonsai Mountain, behind the reservoir tank, under the fence behind the stable next to the big black water tank that used to hold orange juice, down the slope under the pipe and.... into the gate that wasn't there, which now was as a result of a maniac cow insisting on trying to jump over the stable. The access to the launch pad denied by strategically placing a spare gate in her path. 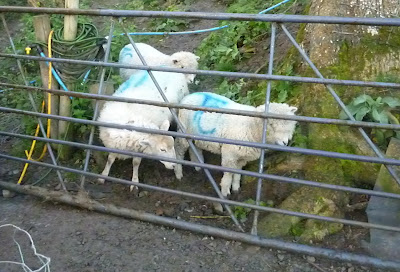 This confused them for while and they tried to imagine it not being there, as life without the gate was so much easier, but that didn't work so they had to resort to bleating pitifully for help until yours truly gave up laughing at them whilst photographing their plight and moved the gate allowing Ferny Fern Fern from Ferntown to muster up the last of her dignity and lead the way to the trough. William looked on hoping his gate would suddenly disappear allowing unfettered access to the goodies in the trough but he was to be disappointed. Some gates are meant to be. 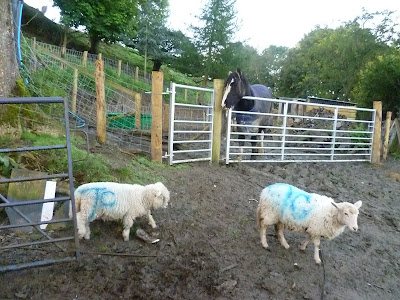