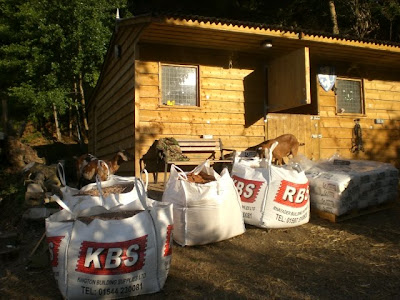 While we were out today the nice builders merchants delivered five tons of gravel and cement powder which will become the floor of the new extension to Rock HQ. Maggie and Geisha were inspecting the sacks just on the off chance that some food had been placed inside instead of aggregates. 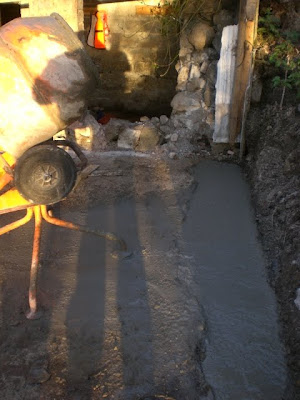 Never having mixed concrete or been shown the arcane power of the mixer it was an interesting evening and after a few false starts I managed to get a good enough mix that filled the trench. This will form the base for the bricks which when placed will form the edge of the new floor. Once they are laid the floor can be mixed and poured in. Easy. 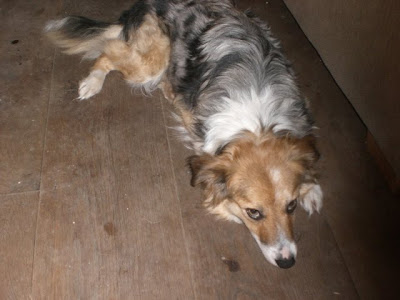 Lilly had her operation today and it was very successful, she is recovering in the cottage now and just about managed some pate for dinner. Poor pup.