The real alternative to work 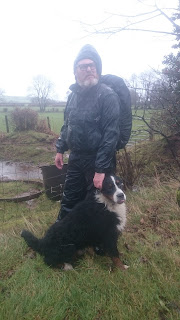 Before doing any paid work yours truly set off on a mission with a not Steve and Spotty the action Berner to have a nano adventure in the Brecon beacons. The fact the weather tried to put us off was not an issue, we had the right gear, the right frame of mind and a total lack of any sense of direction so well suited to face the mountains in adverse conditions. Having crossed a stream in full spate, read river in raging torrent where the action Berner demonstrated a previously unseen skill of survival swimming 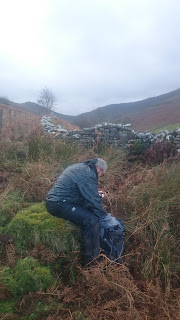 we paused for some hot drinks, chicken curry in fact which was where I had time to consider our position. 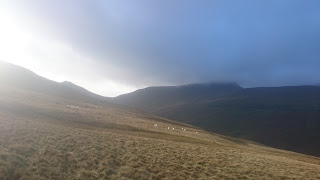 My plan to ascend via the Crybyn ridge was flawed in so far as we were on the wrong mountain, Crybyn was across the valley. Having successfully navigated to the farm at the base of the ridge my inner voice told me to turn left instead of right and without recourse to the map the scene was set for a major navigation error. 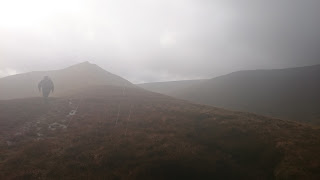 No matter, we would climb up Fan-y-Big, cross to the Crybin, ascend Pen-yFan and return along that ridge rather than carry on to Corn Du and descend via Tommy Jones' memorial. Good plan. the weather made visibility interesting. 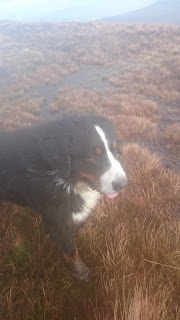 Spotty loved it all despite the near drowning. 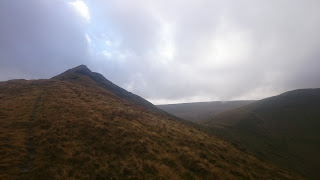 Pretty soon the first peak was within touching distance 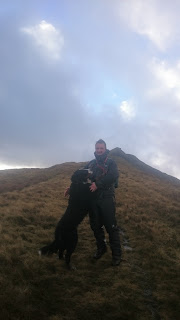 which led to inevitable posing. 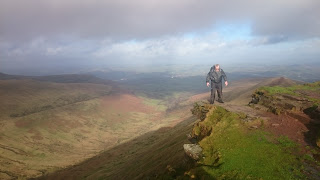 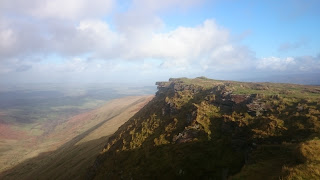 this is the same bit but further along. It will hurt if you fall off it. 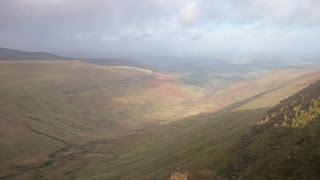 Looking back from whence we came, the dark smudge on the left will be the route home. 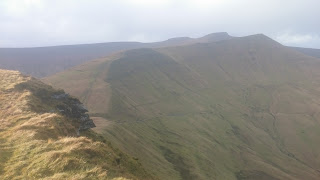 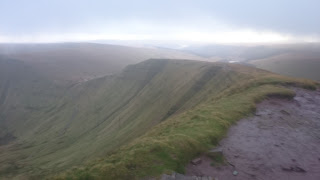 so we made good time 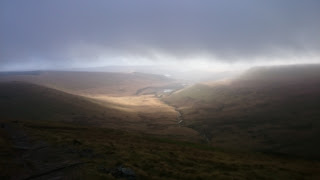 but not quite good enough time to miss out on the massive hail storm that hit us halfway along the Crybin. 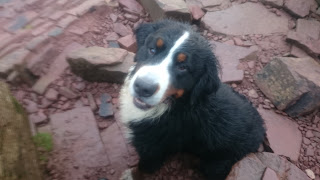 As ever Spotty was enthusiastic 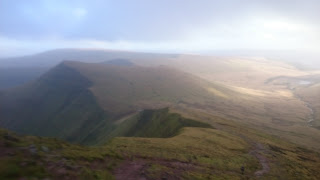 while yours truly took pics of the route. 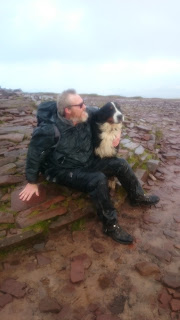 We got to the top and had to hold on, the winds were now strong enough to blow you over 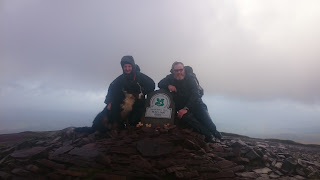 and a passing nutter took our victory snap.
Back in time for the real alternative to work, meetings, not mountains.
Posted by Tony at 11:54