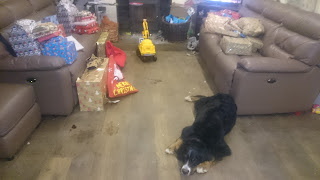 Christmas hit Rock HQ in a tidal tsunami of gifts from friends and family to the bi and quadrupeds, in the calm before the storm of impatient toddlers and dogs this pic was taken. 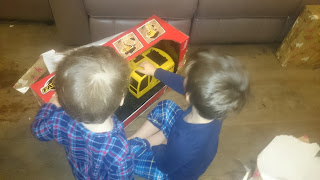 And then it started, later than anticipated as the apprentice and rug rat mkII slept past the arrivals of the reindeers and fat man who ate the pies, carrots and drunk the very much appreciated single malt. 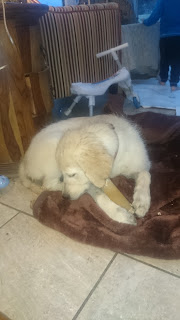 While the unwrapping fest took place Bryn took refuge on his blanket and got stuck into his Christmas gift, quietly. 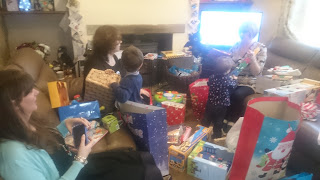 Whereas the other end of the room was a bit different. 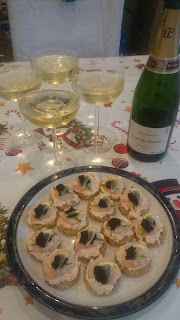 Chaos in order the food fest began, it was as yours truly served the canapes our daughter asked if smoke was supposed to be coming from the kitchen. Lack of water and too much alcohol meant that the Christmas pudding was off the menu. 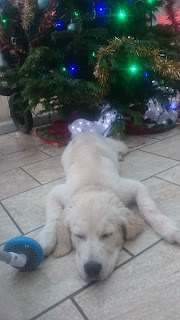 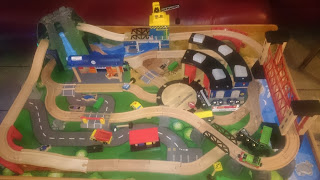 Once the traditional partds of Christmas were done, too much food, Queen's speech and falling asleep watching cartoons, train sets had to be played with. 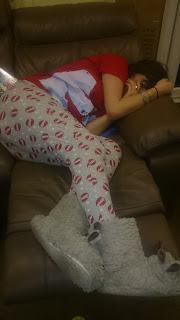 But for the youngsters, it was all too much. 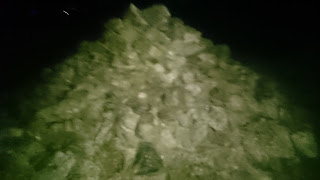 Another tradition followed, yours truly setting off in the tail end of Eva, Edith, or similar, with patient and loyal K9's to wish the world a Merry Christmas from the top of the Bonsai Mountain.
Merry Christmas everyone.