....and so aids restful sleep 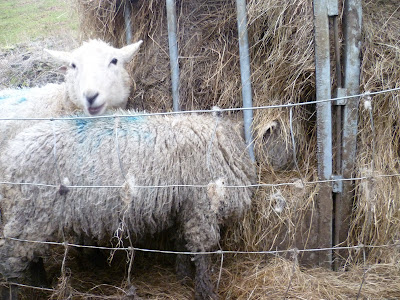 Part of our preparation for the arrival of Tristan was to substantially change the way we run the smallholding. It did get to a point around the end of 2009 that we seriously wondered if we could maintain the holding. The garden was a casualty, the yield of edibles minimal after we decided that something had to be left to fend for itself as with both of us working and with Tracey only just managing her ME thanks to thoughtless employers we just could not keep on top of it. Or keep the goats out. Thankfully the decision was made for us and jobs went instead of lifestyle, and with that sudden change the realisation that there was a distinct possibility that we could small hold, that one of us could work for money, and, if we planned it right we could have a child.
Those who follow us regularly will remember the massive amount of work done by a massive personality in a bright yellow digger. Thanks to his graft we finally had fences to contain the critters, or rather keep them away from the house for longer periods of time. I mean sheep are alright but a conservatory full of them every morning gets a bit wearing.
Ponies in the house were banned and a horse corral built. Gates appeared as if by magic, ones that worked, were intact rather than missing bars and on real hinges not propped up with sticks or held in place by bailer twine. Feeders were bought in which a ton of food could be dropped by a nice farmer called Steve (another one , that's why we chose the name Tristan, not Steve, theres too many in the valley, Steve's that is, not Tristan's, theres only one hes here and hes brilliant) and proper metal water troughs meant the critters could drink more than a bucket full at a time, while 175 metres of blue water pipe meant that for most of the time buckets were a thing of the past as the water was effortlessly carried from one end of the smallholding to the other, provided it was warm enough.
All this meant that in theory we would have enough time for child minding. Well its time theory was put to the test. Tracey, my beautiful and oh so patient wife is back at HQ, we had a long day in hospital but the end result was that she was allowed home with Tristan. After the cesarean she has to take it easy so I was happy to let her leave mucking out the pigs another 24 hours. 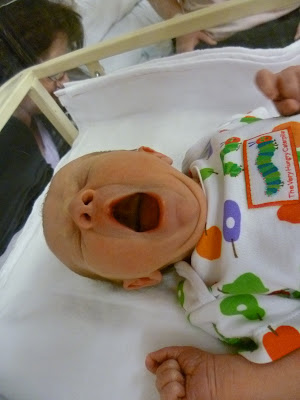 Tristan appreciated the efforts made and after an excessively tiring yawn continued sleeping like a baby.

I have since I found your blog kinda of wondered about the fencing situation with so many animals getting into your house. Glad to know that it isn't so chaotic know. Have you thought of putting an extra fence in around the house so Geisha might not be able to crawl through or jump over, so she would stay out of your living room flowers ?
Kit

Very informative blog. I was searching for something like this. your blog helped me a lot. Thank you so much for sharing. candizyme