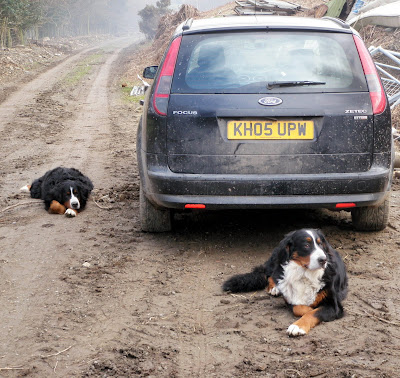 Now I would be the first to admit that our cars take some hammer, and being proper people, ie. Locals, and not from Off, (Locals are real people who live on the border, those from Off are pretenders who would like to be Local but think the countryside is a bit noisy and far too messy to live in) we never clean them unless we are going to a funeral or are selling it. So it took a bit of time and patience and a broken hoover to transform Fifi from the state pictured above to the gleaming machine below. And swayed by those TV adverts with the oh so annoying jingle we decided to shortcut the selling performance, give the tyre kickers and dreamers a miss and take the money and run from this huge company who propose to buy any car dot com. 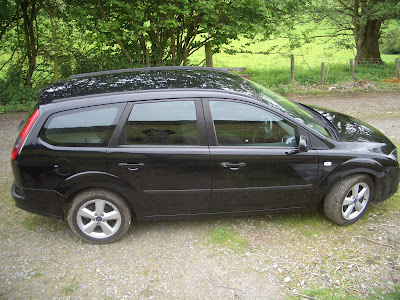 Now we were very honest as to our description off Fifi. I owned up to the small collision with Rene that dented her passenger wing a tad. 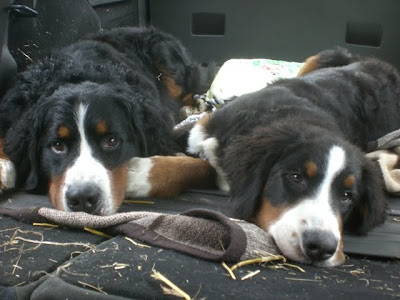 We owned up to the types of passengers she carried regularly. 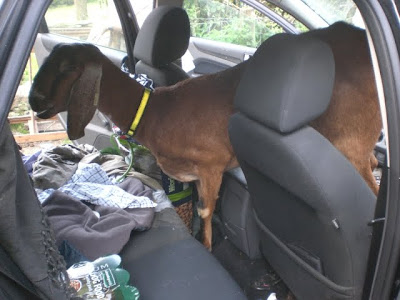 The unexpected passengers who make a bit of mess. 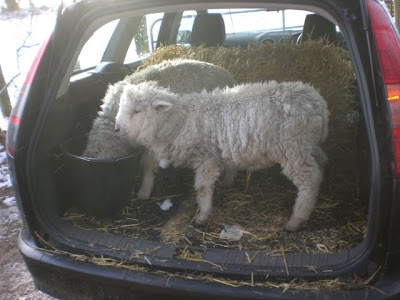 And the really messy emergency ones. So even after we had marked our self down in all categories they emailed back a quote, which was not as good as we would have hoped, but at least it was sold and it only took three days cleaning to achieve. I suppose in reality we both expected it to be like it was, but when we took Fifi to her supposed final destination, to have our darkest fears realised was a huge disappointment and a colossal waste of time. The website played a video of how easy it was to sell the car, the real life version extended the ten minutes they claimed by at least two hours.
The "quick" inspection of the car took over an hour, everything was examined in the minutest detail. The nice man who looked Fifi over looked as trustworthy as a racing snake on steroids. He darted round the car gleefully pointing out faults with his microscope. Convinced it had been crashed he set up a portable MRI scanner that calculated the depth of the paintwork of the entire car, then phoned Ford to ask how many layers of paint the robots at Dagenham put on the rear offside panel of a Focus estate at 3.15 pm on a Wednesday. To his dismay the the scan showed that the paint was of an even thickness, there was no filler anywhere on the car and on checking the barcodes a robot called Cyril had dutifully painted Fifi to the exact specification required. Thie upset the racing snake mightily. His manhood was challenged, how dare the car not be crashed.
The racing snake was now on a quest. He was the ultimate tyre kicker, this was a man who excelled in finding fault. So as a valve cap was missing a tenner was deducted from the price, and so we went along, a missing engine cover £500. Missing? We didn't even know we should have one. I had already demonstrated my inability to open the bonnet so there was no way I had sneakily removed the plastic engine cover with the motto TDCi stamped on it in the hope of raising a fast buck on ebay.
Every dog hair was counted, every fly strike and when it started to rain I thought he was going to have convulsions as there was still a panel left to scrutinise and the rain distorted his readings. Having found the car to be original, with original body parts fitted by the original fitter, having driven it and found the poor car did as required we were then led into a massive office with a small desk down the far end with three chairs around it.
This is a place run on the cheap and able to move at a moments notice in the back of an average estate car. Our Snake beamed, lets see what we can do as he slithered over his computer, lets see what we can actually get you for your car today. I thought the top of his head was going to fall off his smile was so big. Ohhhh he hissed, I'll say this quickly so you wont get upset but today we can give you...and he named the price on the screen.
A whole £1200 less than the quote.
What do you think?
I told him.
His expression changed to one similar you would expect if he had just heard I had slept with his dead grandma. He was offended, cut real deep. What sort of price did I have in mind?
I showed him the quote.
The smile returned.
He would make phone calls and find out what he could sort out.
Hours passed.
Sorry, my boss says we can only pile insult onto injury.
So. We buyanycar.exceptyours.com watched as we and Fifi mustered our best flounce and left them too it.
Fifi was happy. Rene was ecstatic when she returned. Its a conspiracy. The rise of the machines continues.
Posted by Tony at 19:39

i want to sale my car how can i evaluate my car's value?

This is the perfect blog for anyone who wants to know about this topic. It contains truly information. Your website is very useful. I admire the valuable advice you make available in your expertly written content. I want to thank you for this informative read; I really appreciate sharing this great.

i think this is the best one of the best blog for evaluate our cars value. Trade My Motor's providing We buy any car offer in all over the united kingdom.

A good blog always comes-up with new and exciting information and while reading I have feel that this blog is really have all those quality that qualify a blog to be a one. Iron Man Car