Had a busy day? 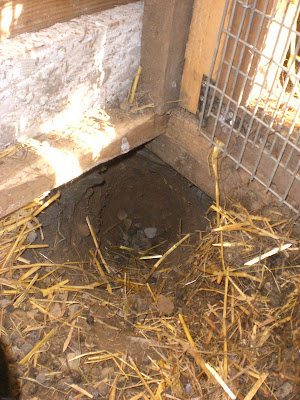 This is Manny, a British Giant Rabbit who has not graced these pages very often as, well, hes a rabbit and doesn't do much. In fact rabbits don't, do much that is, they sit and eat, and hop about a bit, eat some more and hop some more and that very much sums up their contribution to Rock HQ and their life in general.

Manny isn't the rabbit who humped to death the chickens earlier in the year, he is a very quiet well behaved rabbit, until yesterday that is.


Both he and Sybil were moved to a luxurious accommodation block a couple of months ago, they went from hutches to a palatial pad as big as the goat house with a nice partition to keep them separate. Within a few hours they had demolished the partition and the sworn enemy rabbits have been firm friends ever since. As ever animals together seem to conspire to cause their owners more work.

They were missing yesterday. It wasn't hard to find them, Manny had discovered his bunny heritage and had dug a massive burrow under the door and was in the process of making a nice place to live under the path.

Suitably chastised for his lack of planning permission he took refuge in his concrete "burrow" and sulked while I hired a JCB to fill the hole in. 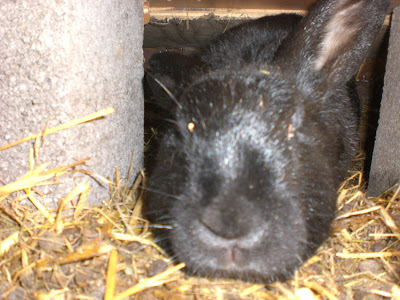