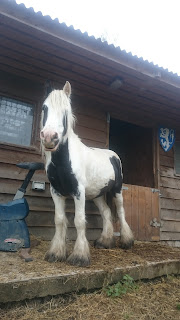 Apollo the wonder foal has finally grown up, well almost, he has, almost, decided what colour he's going to be 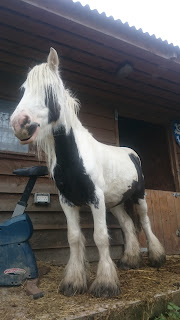 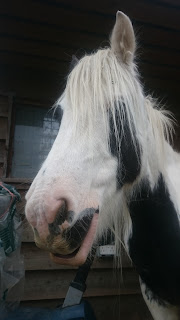 and as its winter, almost, he's started to grow his moustache again which might hide his dopey bottom lip. 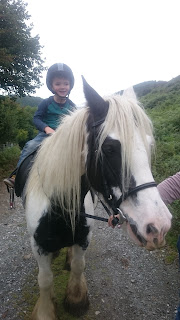 The poor lad stood still for too long today which gave us just enough time to tie him up and strap a small person on his back. 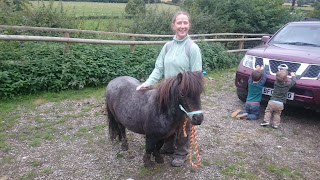