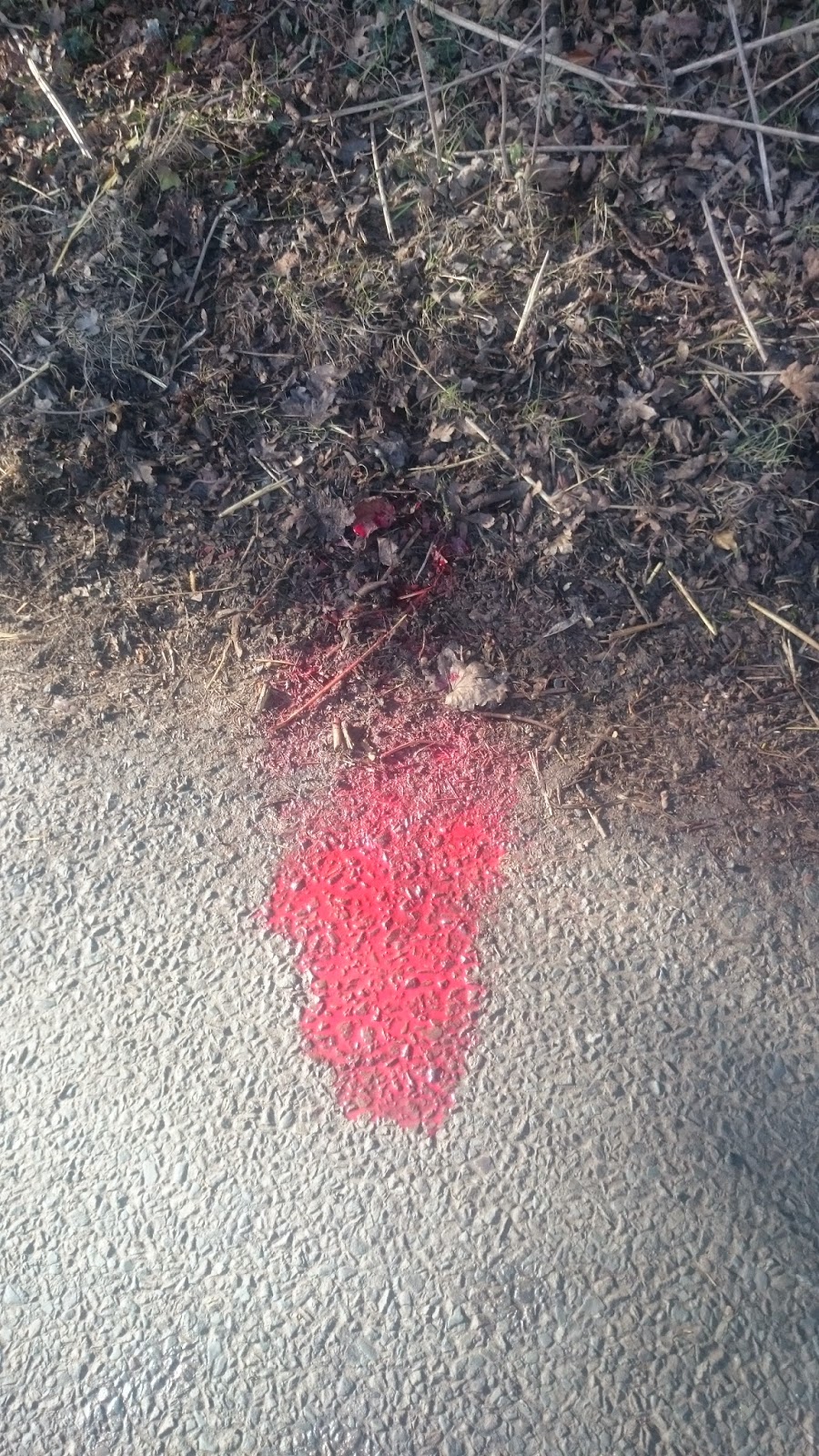 This is the mess you leave when you come to an unexpected halt on your bike and you use your face as a crash mat. The creator of this bloody mess was not yours truly but a cyclist one car ahead on a country lane, a bright sunny afternoon, a lovely place to be riding (unlike 6 hours earlier when yours truly was pressing the pedals on the same route when it was pouring with rain)
The cause of this accident was not immediately obvious, one second cyclist went from rapid forward travel to a tangled mess on the tarmac. Somehow a twig, yes a twig, flipped up as he rode past, got caught in his front wheel jamming it solid allowing physics to take over causing him to somersault over the bars and plant his kisser on the floor. 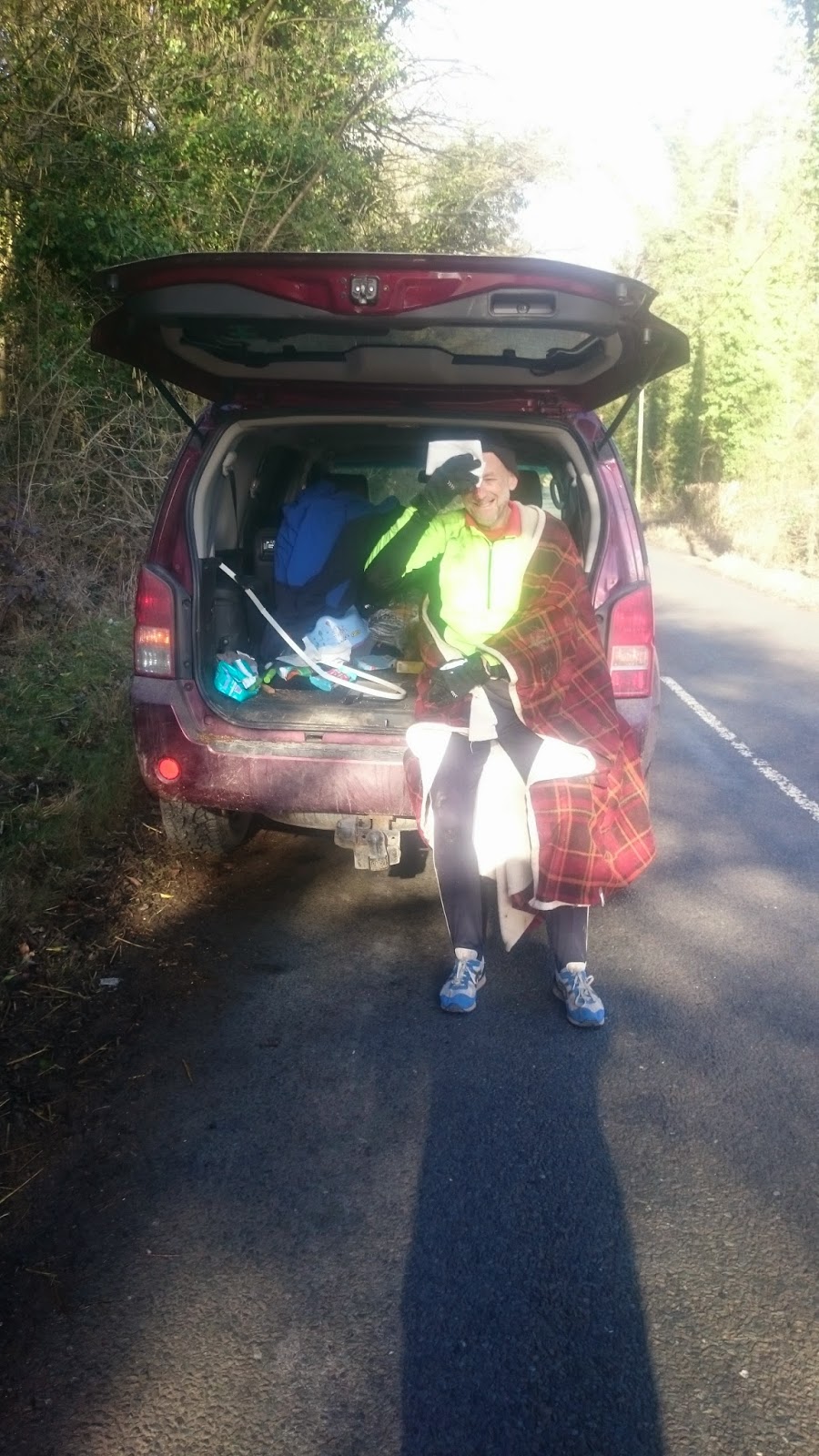 Now yours truly is not the callous sort, he asked me to take these pictures as I added to his battered pride by wrapping him in a dog blanket and inflicting first aid on him. As I tried to stop him leaking we noticed that his hand was probably broken and his left knee looked like it had two kneecaps. Clearly he was going nowhere except hospital so his carriage was called and soon he was in far more capable hands than mine and under far cleaner blankets. 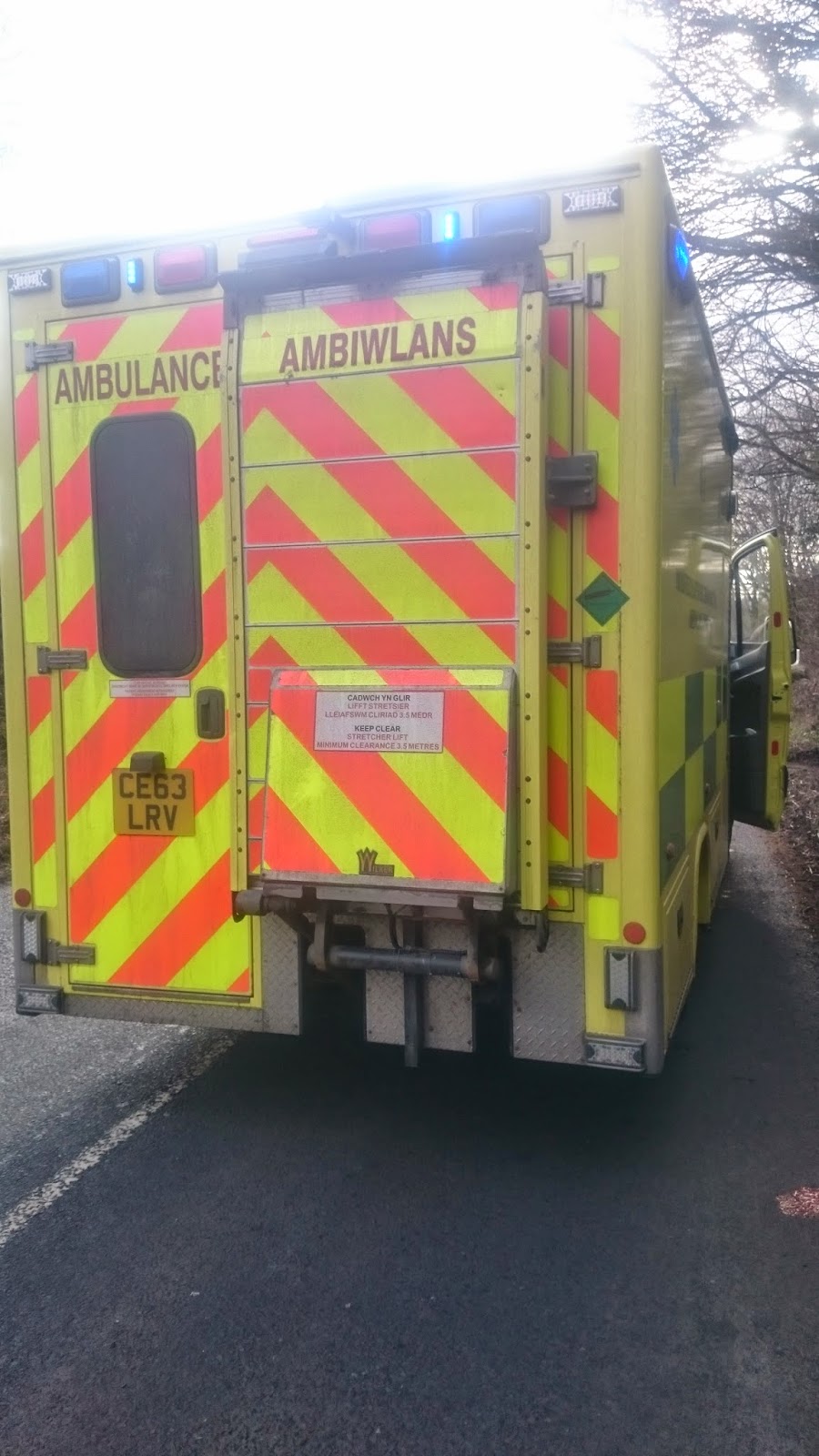 I phoned him later in the evening to find his sense of humour intact and I'm glad to report he has no life threatening injuries, just a rearranged face, dislocated fingers and a bashed up leg. He also thinks he might wear a helmet from now on. Experience is a hard school.

On a lighter note, talking of cyclists, I saw a familiar shape today clutching a bike on the Bonsai Mountain, Technohermit was back. Regular readers may remember Technohermit left us a while back (read 14 months) going in to hospital and not coming back. He has a new cave on another mountain, one with flushing water and central heated beds, but every now and then he escapes and comes back. So as is the way of things round these parts no mention was made of being absent and we carried on as if he being here was the norm. For some reason conversation turned to eggs, yours truly having just bought some as the hens are off laying. The fact that most are cockerels is a moot point which we shall gloss over for the sake of narrative. So, as I explain that I had to buy eggs despite owning chickens, Techno nodded and interrupted saying that he knew how to persuade my hens  to lay more eggs.
I paused, waiting for the words of wisdom from one so wizened and wise. He reached inside his saddlebag and handed me a small box saying I was to hang it outside the hen house, the hens would see it and it would make them lay again.
He shuffled away pushing his bike laughing to himself leaving me to wonder if I was to keep the box of Paxo chicken stuffing he had just given me.
Posted by Tony at 22:35