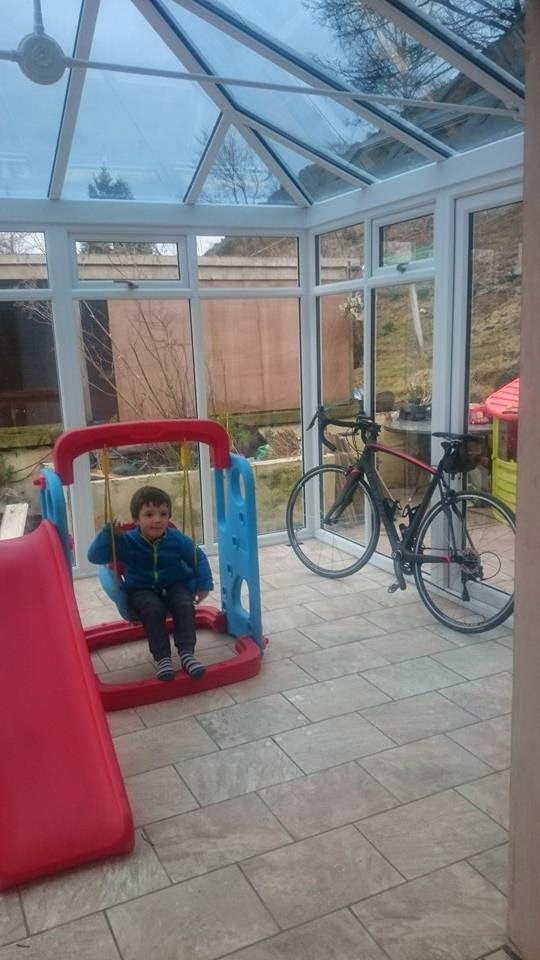 The bike showroom er....sun room is now finished all bar the painting of the now inside wall. Start of day saw the apprentice using sun room as a gym 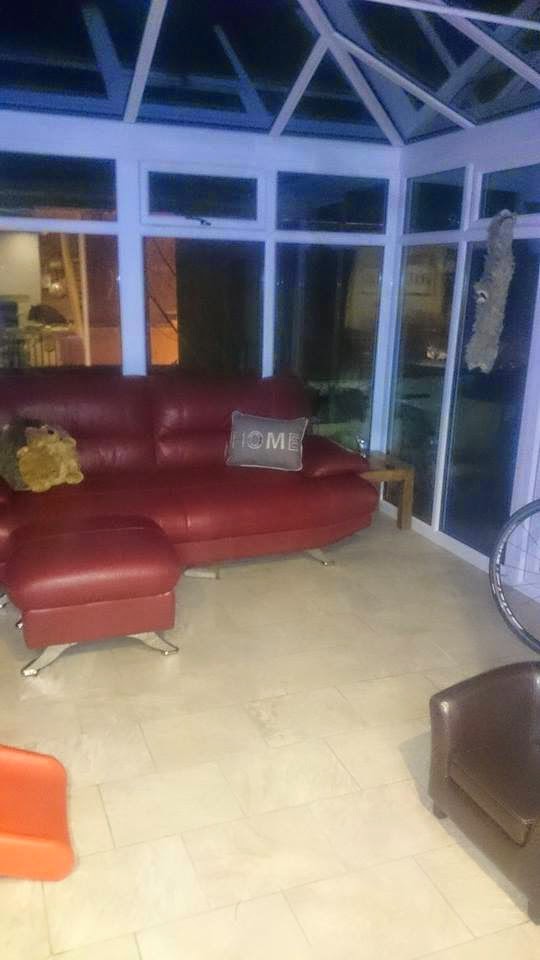 End of play saw it furnished and kitted out as a useful family room with bike. Job done! 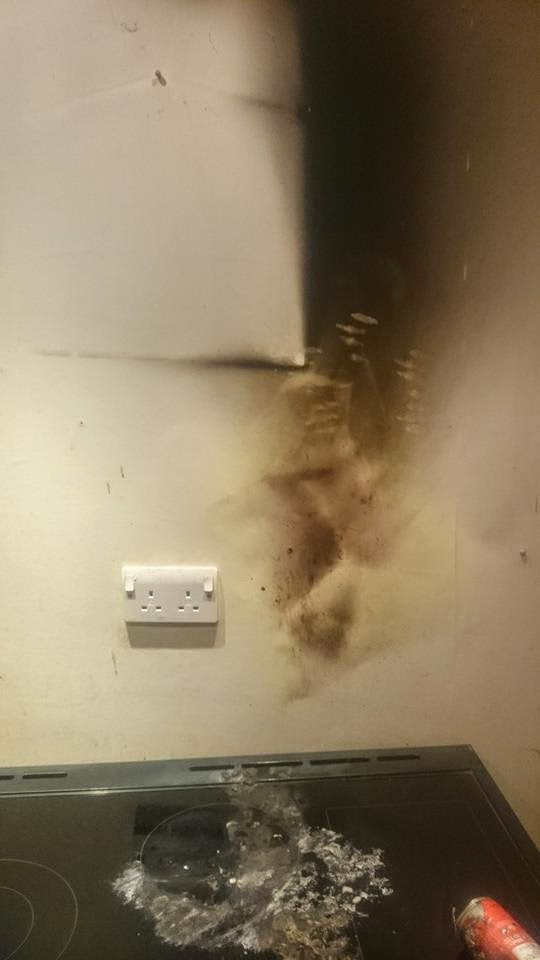 But as is the case here the jobs list never quite shrinks to a manageable size. This is the result of two dogs helping themselves to a tub of Easter Bunny shaped ginger biscuits. Yours truly decided at 5 am prior to setting out on mountain adventure detailed previous to have a couple or three with a cuppa before heading off. Stupidly I left them along with a tub of flapjack on the cooker. Stupidly the dogs helped themselves and turned the cooker on. Pretty soon the remaining biscuits and wrapping caught fire, the heat melting a container of bike lights and batteries which spilled out onto the heat source and igniting. As did a wash basket full of clothes. 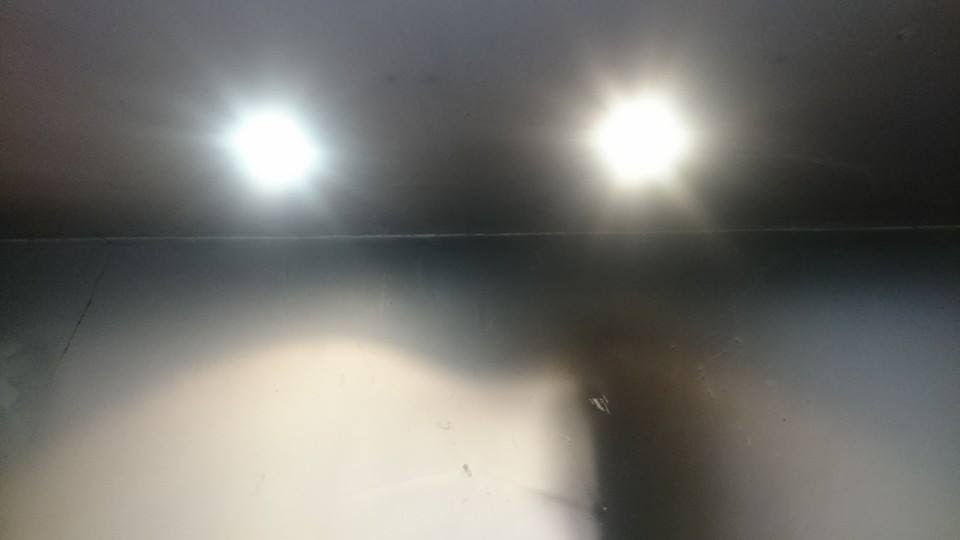 Thankfully the smoke detector sounded and Tracey came down to be confronted by smoke filled rooms and flames rising up the kitchen wall. It would take around an hour for the fire brigade to arrive so she ran back upstairs and got the boys out of their beds and shut them in the front conservatory before returning to fight the fire. This was aided by being able to scrape all burning things onto the stone floor and chucking vast amounts of water around. At one point she nearly gave up due to the smoke but she is made of stern stuff and was victorious. Meanwhile yours truly was off gallivanting around the Welsh mountains oblivious to the peril his family faced. Only thanks to his beautiful and oh so patient wife's valiant efforts yours truly was able to return to Rock HQ that needs some redecorating rather than a complete rebuild.
Posted by Tony at 13:40

Glad to hear you are all okay. At least it gave you something to blog about -after all, not much happens there normally, does it?

Happy birthday to The Apprentice, by the way...