Blame it on the Bunny 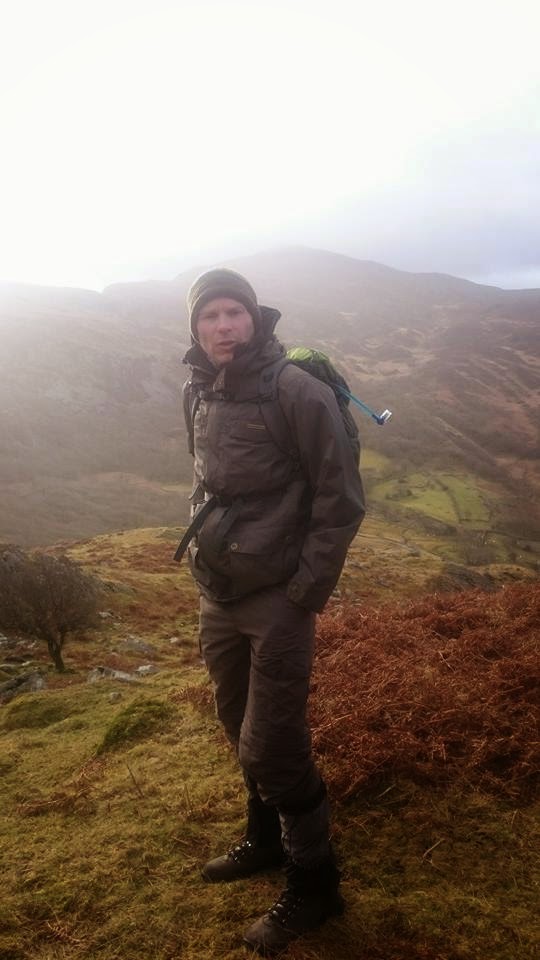 So there yours truly was, or rather this is Richard, but I am definitely there with him and John and Keeef setting off on another great adventure over some of the most difficult mountain terrain south of the Western Highlands. 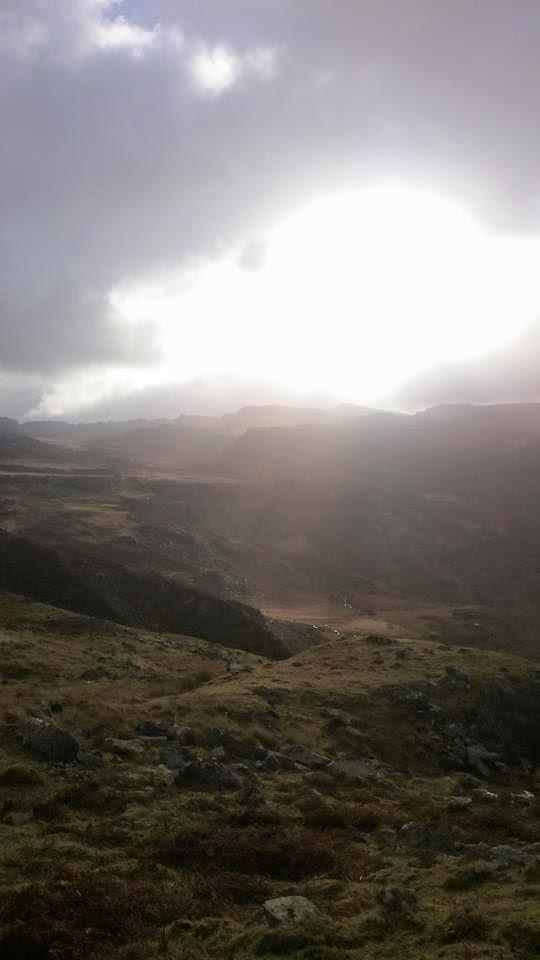 Where we were going there were no real paths, and no people, this was unlike other mountains in the Snowdon National Park as there was no car park at the base, no café, no burger van, no Peter Storm clad cardiac arrests waiting to happen, this was Wales at its wildest. Having deftly ignored the parking charge painted in blood on a piece of spare door from the farmhouse at the end of the track (actually I did put £2 in the honesty box but was not going to subsidise the farmers extravagant lifestyle by an additional £1 per person!) and instructed a few sheep to stand guard our merry band set off into the wilderness. Just as I started I checked my phone and found a missed call from my beautiful and oh so patient wife. As I had no signal and no chance of getting one until some altitude was gained we pressed on. 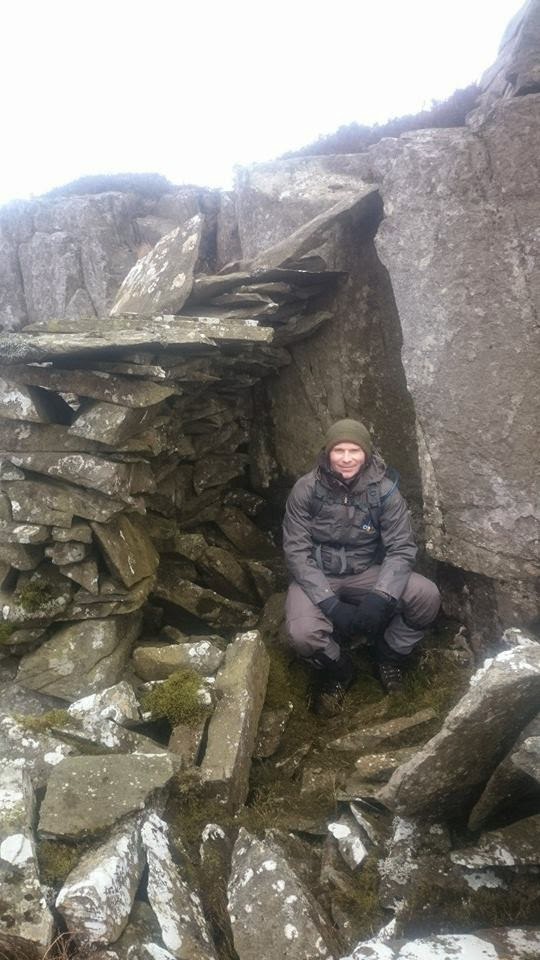 The terrain was a nightmare, a confusion of leg breaking boulders hidden in heather thickets with no direct or obvious line to follow. Most of the time progress was halted by small cliffs that had to be circumnavigated, climbed down or fallen over. Evidence of hardier folk from times past abounded, her is Richard sat in the highest outside khazi for several miles, 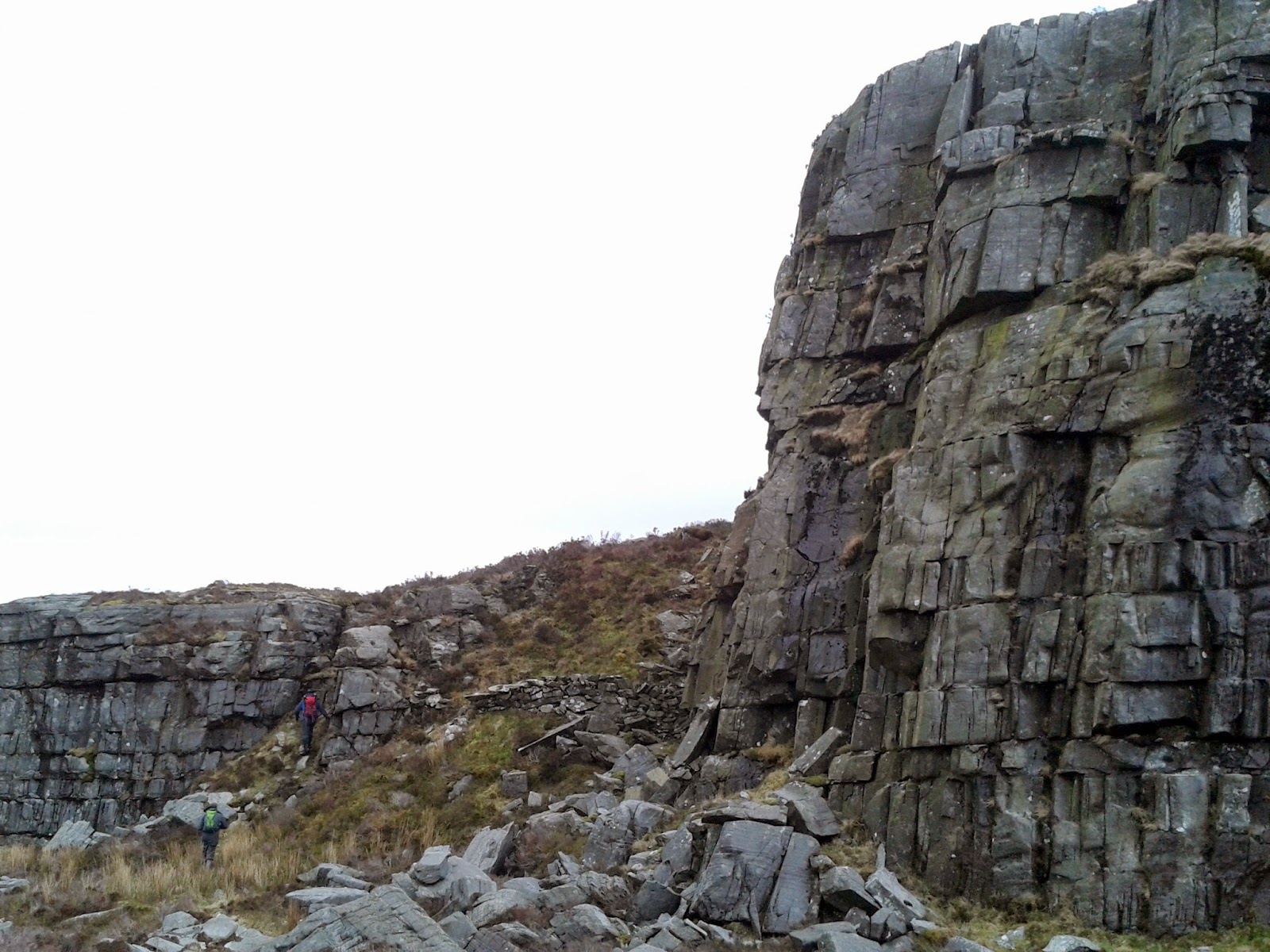 Occasionally the cliffs were bigger and once we were up 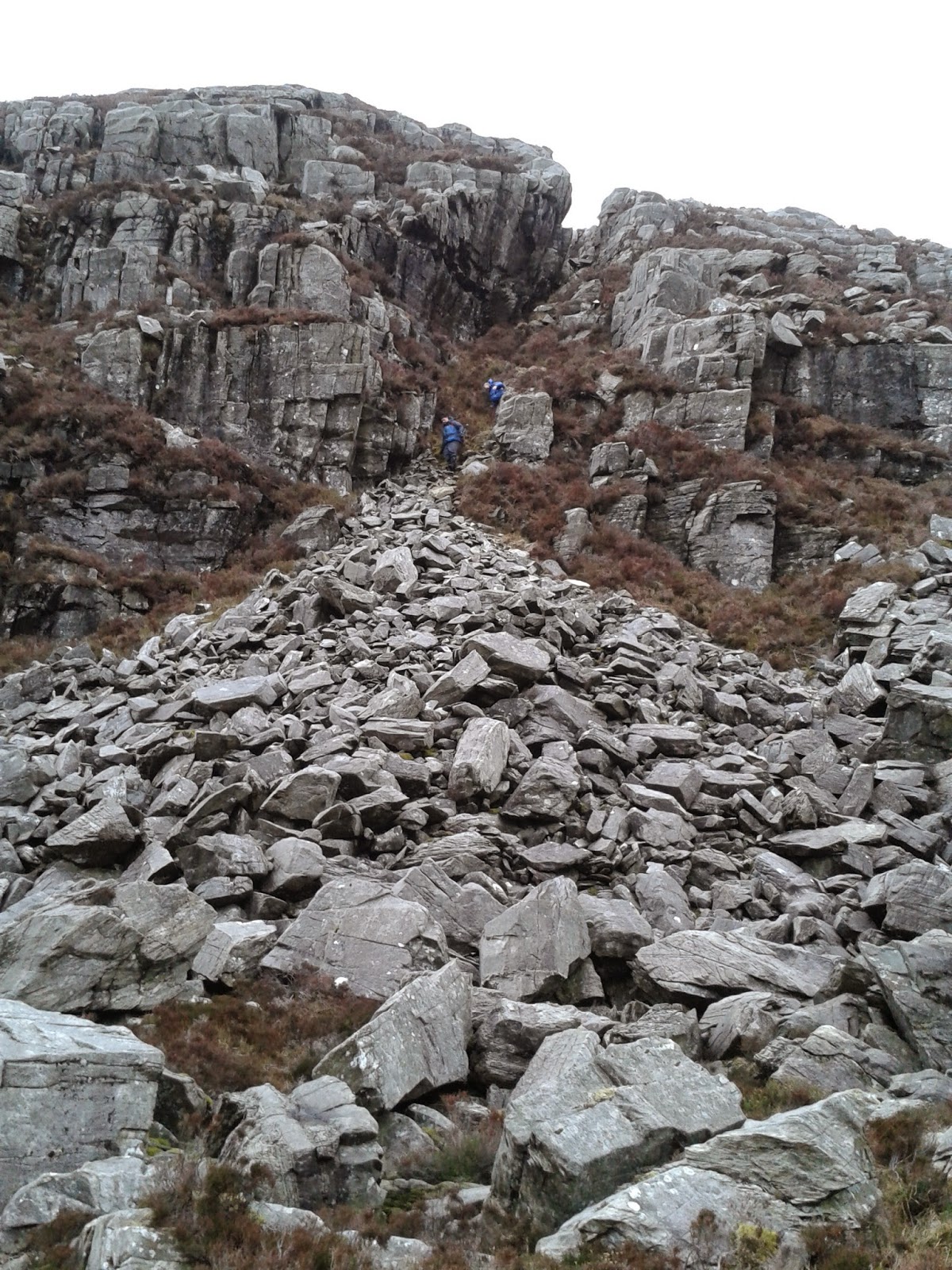 we had to get down 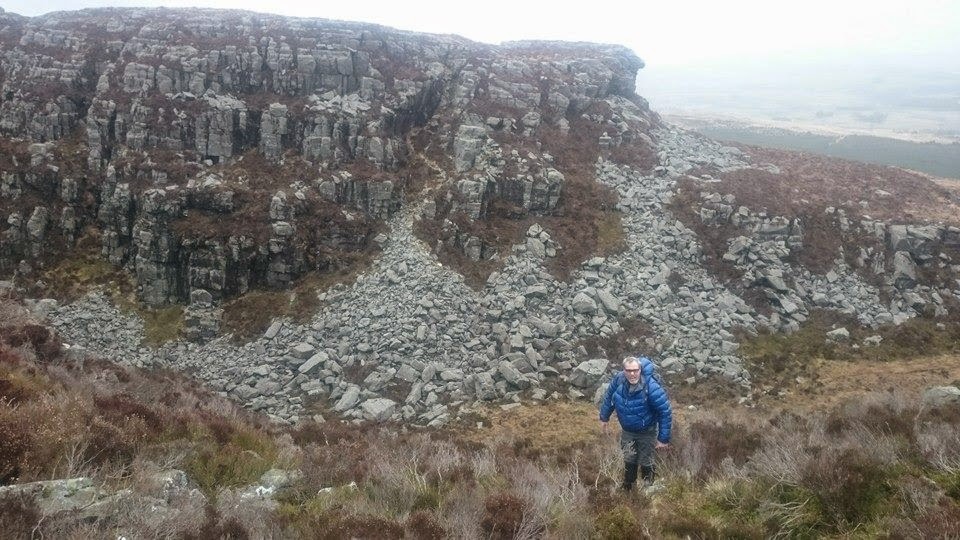 to go back up again. Finally we reached the base of the mountain we were to climb, Rhineogg Fawr. The original plan had been to walk to and locate a Neolithic stone circle called Bryn Cader Faden which is well worth a Google to see why we would risk life and limb to see. But due to the phone call ,made to MBAOSPW made when we got a signal and the difficulty of the terrain we decided to cut out the stone circle part and only attempt one of the two Rhineoggs. 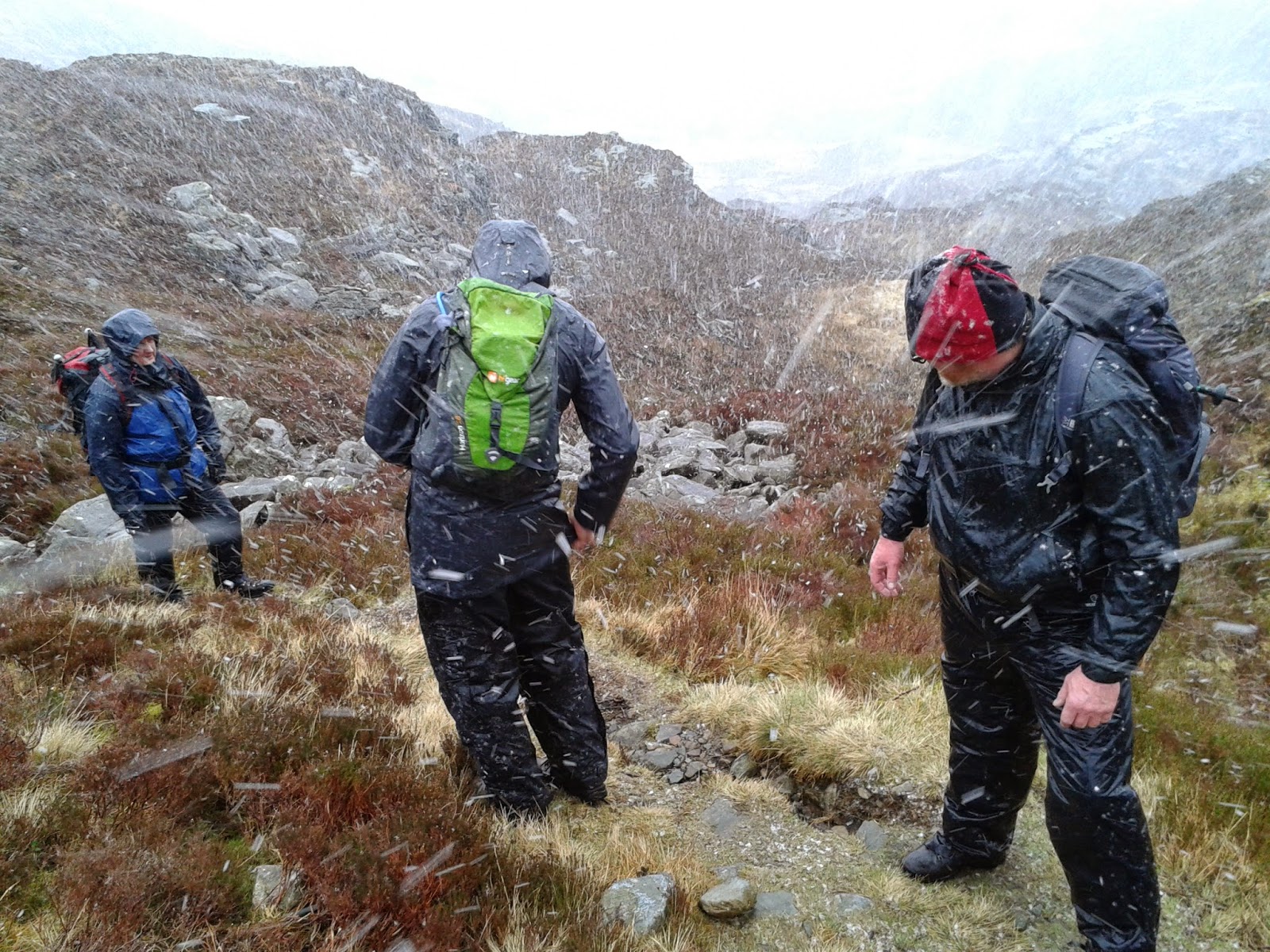 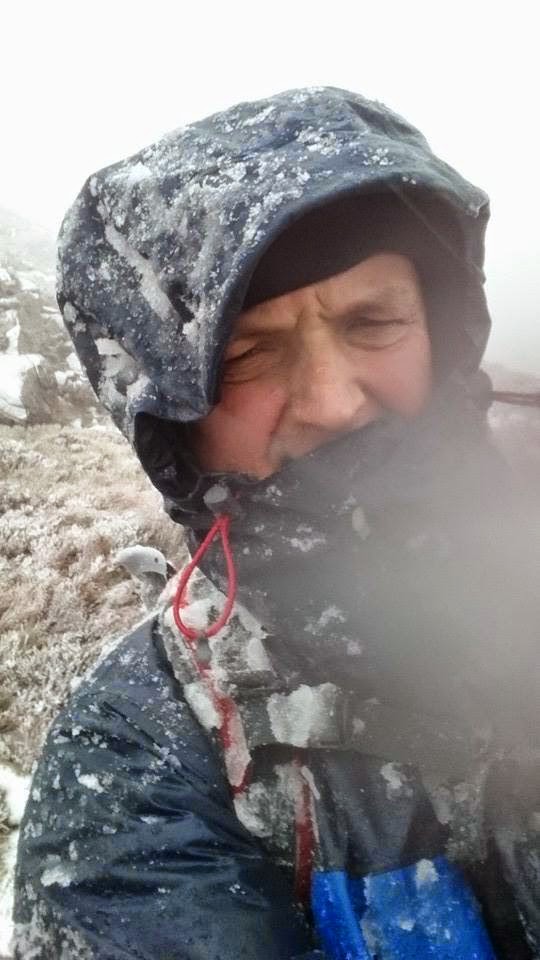 Within minutes the whole place was white or ice clad, this included yours truly and following the advice of my mountain leader training I decided to be Shackleton not Scott and called a halt to the proceedings before anything worse happened than me wearing the wrong waterproof trousers which were not mine and several sizes too small making movement a tad interesting. 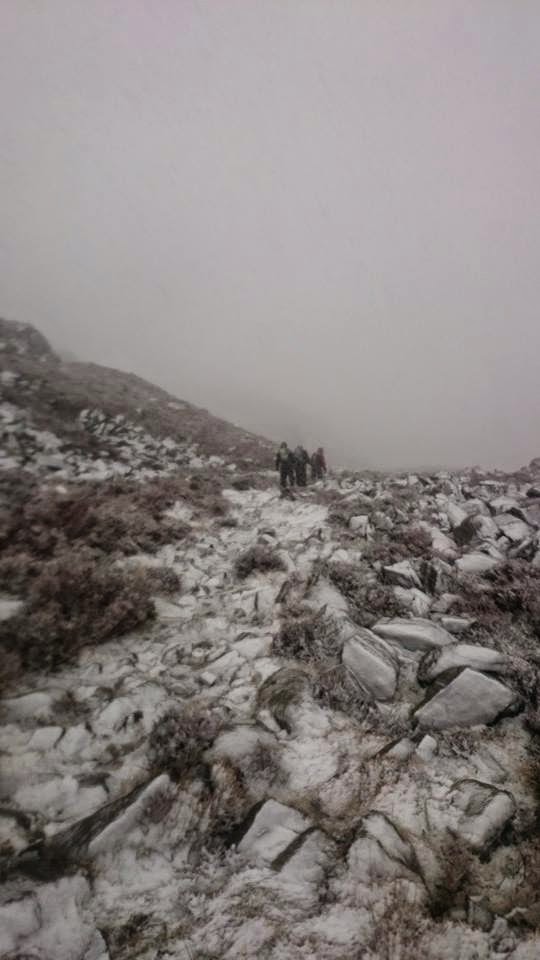 We beat a retreat through the howling snowstorm making a safe descent to the Roman Steps (not Roman, medieval) 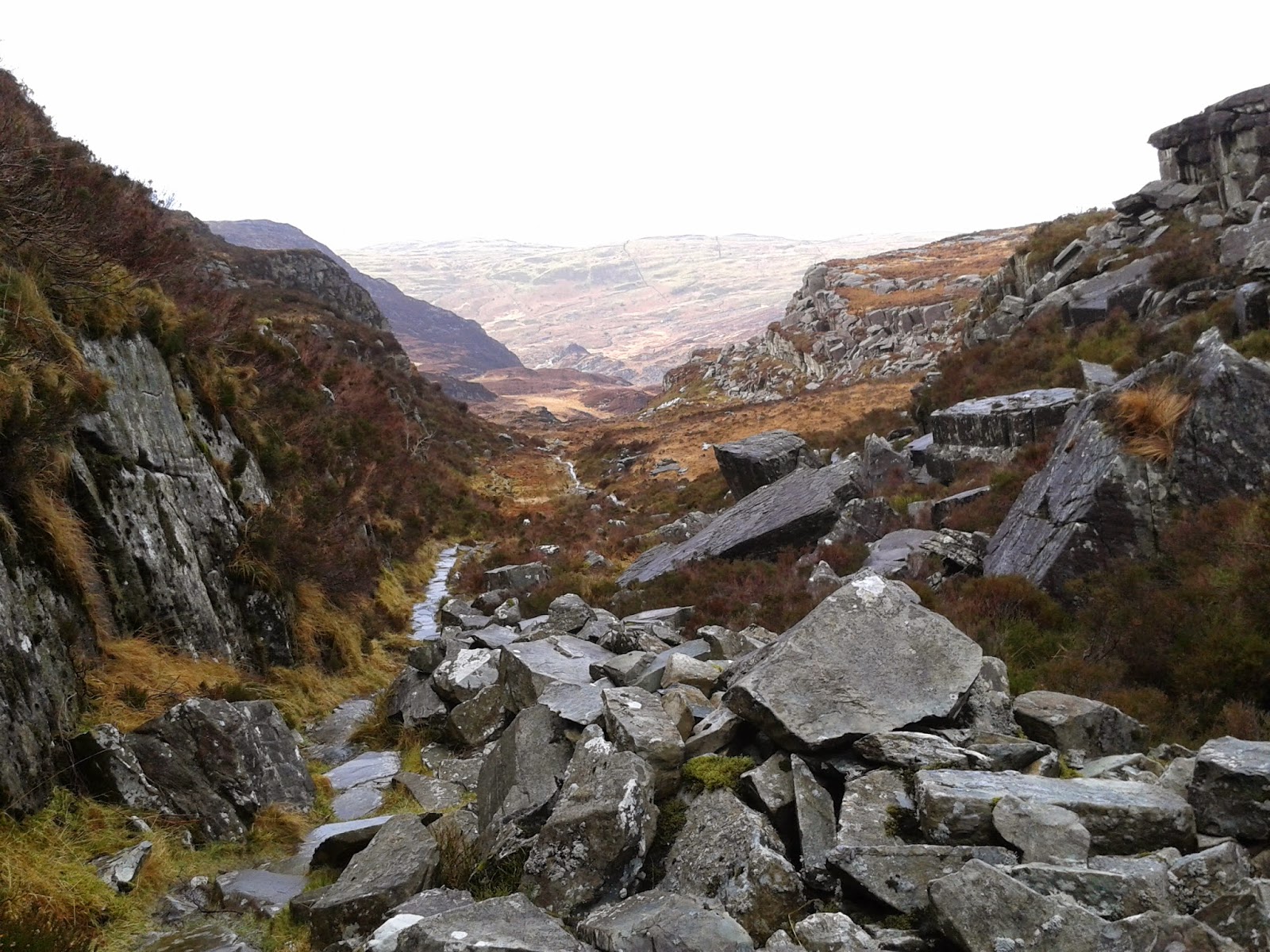 a pathway through the mountains. For pathway read stream covered in broken boulders. Just to taunt us the weather cleared, the ice melted and the sun came out. Cheers. But it was the right decision to turn back so no dramas but the small weather god must have heard us calling him names because 500 metres from Gerry who was waiting patiently in the field the weather maelstrom returned. 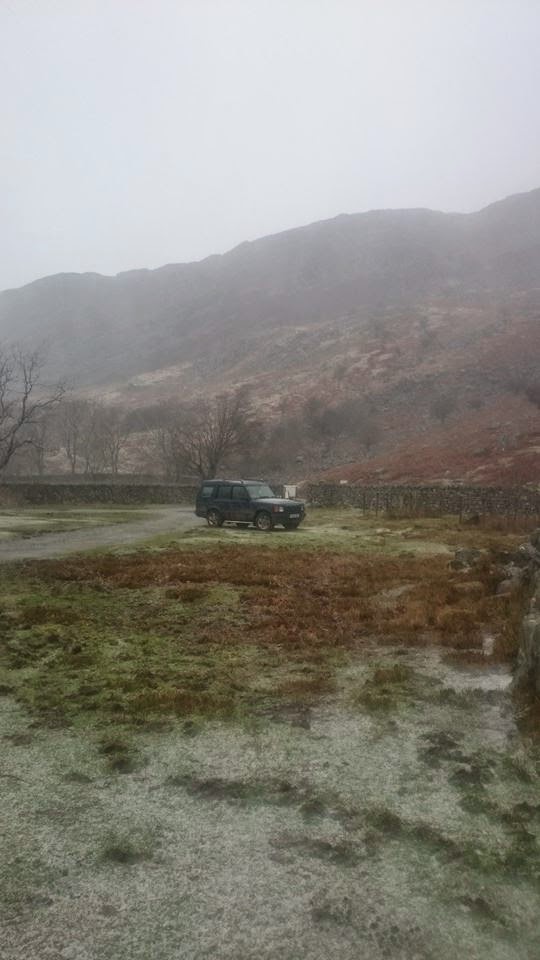 The amount of weather caught us by surprise as we untangled ourselves from wet rucksacks and threw them in the back of our vehicle. 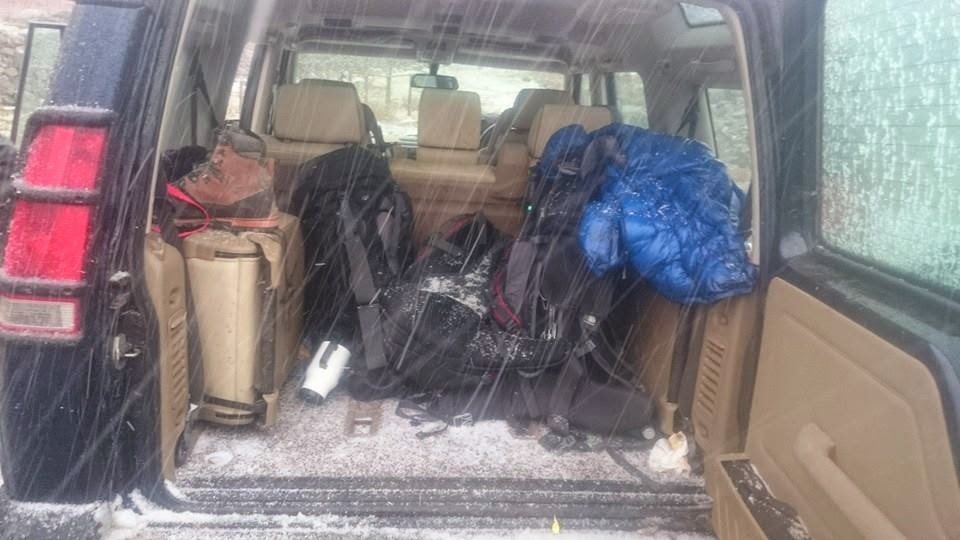 Two rucksacks loaded, the snow covered the inside of the Land Rover before we got the rest of the gear stowed. All aboard we headed back to civilisation 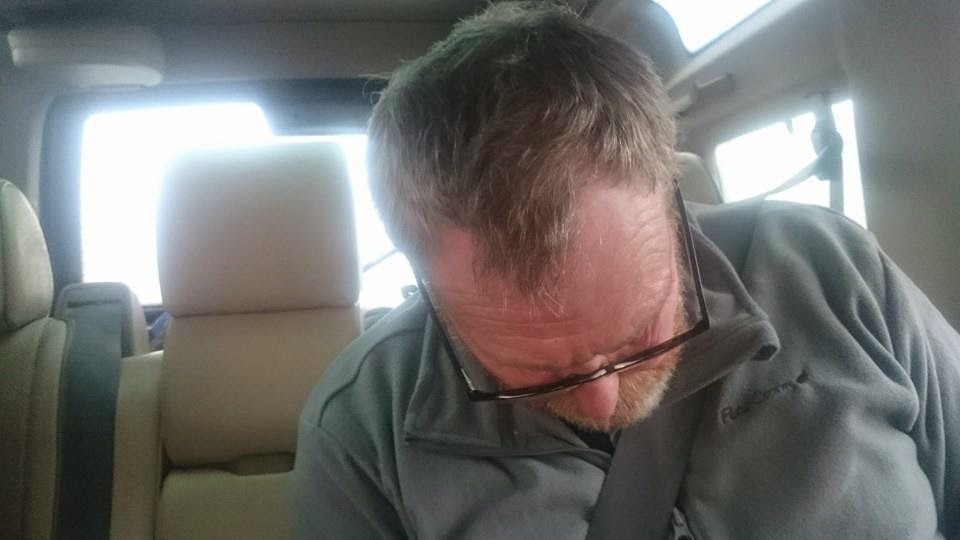 where the warm of the vehicle and the exertions of the day had an immediate effect on some of us.
The phone call I hear you cry, what was that about?
Well dear reader the above post will explain all but basically MBAOSPW averted a disaster at home by extinguishing a fire started by two big very naughty dogs stealing Easter Bunny shaped ginger biscuits.
Yes this is the second time I have been on a mountain and received a call telling me my house in on fire.
Posted by Tony at 13:36