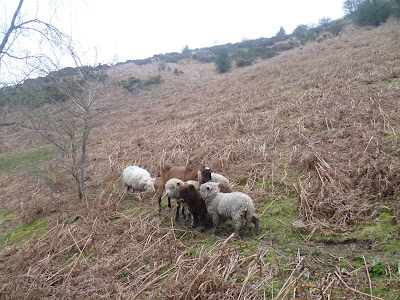 We don't get much traffic passing Rock HQ, our lane leads nowhere except to the swamp in The Cauldron. Many years ago there was some form of track that led along the Bonsai Mountain and occasionally a coal truck would venture along dropping off fuel to Rock HQ and the next cottage along. Lack of traffic is a good thing, considering the free range nature of our critters, we have only had one end up as road kill, Barry White one of the little Ryeland lambs got squished under white van mans tyres as he reversed into the turning circle. 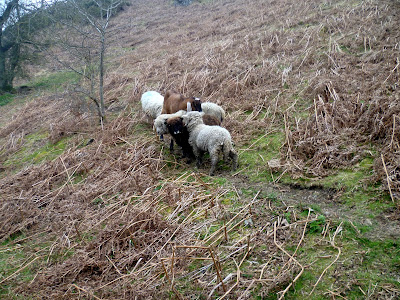 So as we have 50 million acres of space to play in it did come as a bit of a surprise to find a dispute on one of the sheep trails at the top end of The Cauldron. Geisha the Anglo Nubian Goat and Ferny Fern Fern from Ferntown were heading one way while Levi, Joan and Petal were intent on going the other. This led to a snarl up, neither side felt like stepping off the track to let the others pass. There was a lot of pushing and shoving but both Geisha and Levi were convinced they had the right of way and would not yield. Levi should remember that A.N.D.Q! 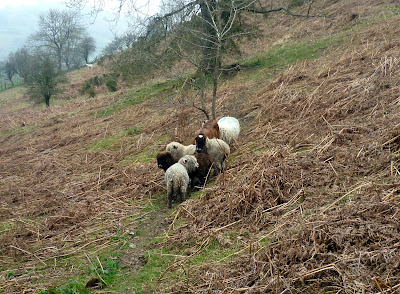