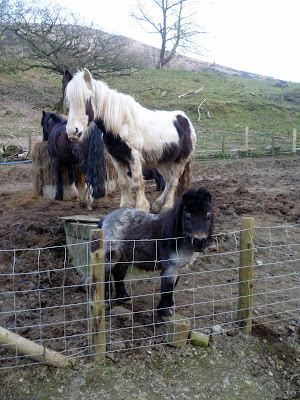 Things got back onto a more normal footing today after four days in Court in Birmingham, I returned to the more important and busy arena of front line child protection work in sunny south Wales. The distance from Rock HQ is about the same to both, but the drive to Birmingham takes an hour longer thanks to the sheer volume of traffic that tries to squeeze its way between the concrete canyons and high rise blocks of the city. I drove today in glorious sunshine along familiar mountain roads, kamikaze pedestrians replaced by suicidal sheep and mountain ponies with zero road sense. I met the usual cars en route, one particularly annoying c class Mercedes driver who thinks that going over 29mph means he will stop breathing failed to impede Vics progress as we met on a lovely two mile long straight section. 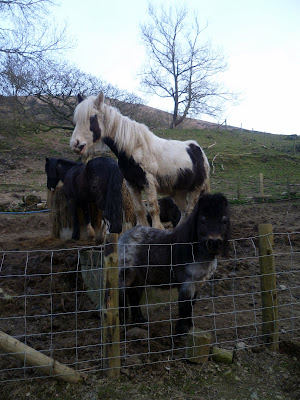 Work was its usual frantic pace, different in so far as I normally do Red Kite work on a Friday but today I had a Court report to hand in so being an independent social worker I can do pretty much what I like, except mess up the Courts diary, so I rearranged a few things and got on with it. My colleagues were pleased to see me and celebrated my totally expected win in the Birmingham Court by buying cakes. They, like me, are eagerly waiting for the Judge's report, a document that will give a summary of how right I was. It will make interesting reading. Meantime I am walking around with a huge smile on my face and having fought injustice for some 13 months to be totally vindicated gives rise to strange feelings. Mostly relief that its finally over and heartfelt thanks to those that stood out from the weak cowardly types and also told the truth with me. The truth will always out and the Karma Police will issue warrants to those that failed to do the right thing. A fuller version of what happened will appear soon on a separate Judgement Day page. The Judges statement and findings are after all a public document so its only right that it is published. 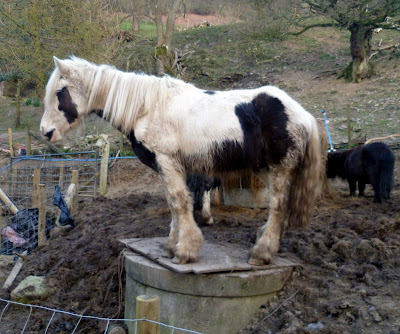 Back at the ranch Roxy struggles on, a sheep of vast hidden strength, she seems to have rallied and pulled through, drinking a litre of pink medicine a day and sleeping on a luxury bed of straw. Hopefully this means she is going to live. The rest of the Ryelands are threatening as I type to lamb all at the same time so are on hourly checks. What this means in reality is that they will hold on until next Thursday, by which time I will have passed out from exhaustion. 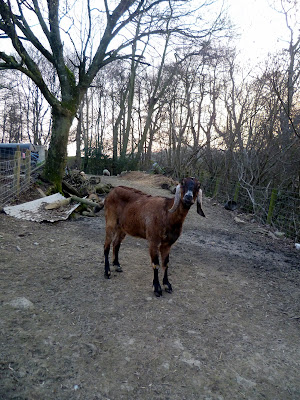 I saw a Red Kite again today, strangely it was in a field looking like it was biting the heads of worms. Signs and portents.

"...one particularly annoying c class Mercedes driver who thinks that going over 29mph means he will stop breathing..."

Congratulations on the court verdict.

congratulations tony on the decision....but u didnt need them to tell u that u were right did u....well dun u....
sherri

Thanks everyone, sometimes its tough doing the right thing, but eventually truth truimphs! Thanks to everyones support, I couldnt have done it without you!