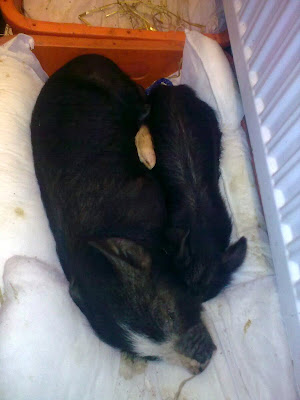 Any one would think that Stable Sprite is moving his pigs inside the house one by one as he now has two sleeping peacefully under the kitchen radiator.

Laverne and Shirley are back at HQ but in a markedly different form from when they left. Evenings are now spent bagging, weighing and labeling various cuts of meat either for freezing or for distribution amongst pig club members.