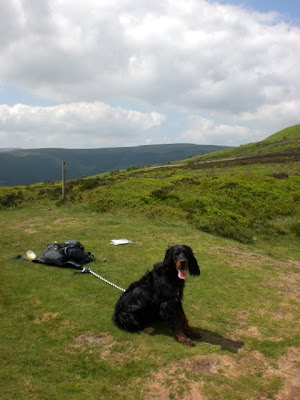 There are many types of people that venture out into the mountains and they are easy to spot. Gear monsters are probably the easiest. Today for example I went for a another Big Black Mountain Challenge, which due to the weather (heat) turned into the little challenge version. Along the track gear monsters were apparent. They are the type who, having decided to take up mountain walking, pop into Millets, or similar and buy the entire shop, stick it in the largest rucksack available, hire a crane to lift it onto their unaccustomed frame and stagger off along the trail marvelling at the great outdoors. They have everything for every occasion, need to filter 500 litres of water in two minutes, I have just the device here, oh on my wrist, why yes that tells me the average speed/height/length/weight/tyre pressure of anything anywhere ever, so simple to use, and my cup of tea never ever goes cold in this thermonuclear allterrain mug. They have brollies that double as tents, rucksacks that double as dining furniture and their first aid kits include a blow up helicopter, cant be too careful out here. I met two today who were walking the Offas Dyke path and reckoned to be doing a whole 10 miles a day. I listened to their account of the journey thus far in the shade of their towering packs and then bade them well. They looked most disappointed when I declined their offer of a dehydrated Christmas dinner, favouring my cheese and tomato sandwich. I left them as they argued over who forgot the doilies. 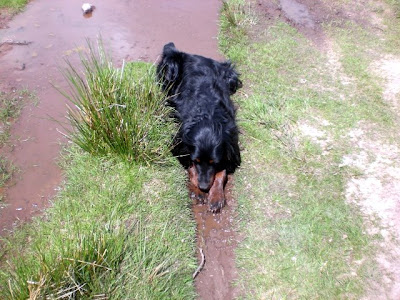 Then there are the label spotters. Now these are harder to spot than the heavily laden gear monsters. They look fairly normal as you approach them but watch their eyes. They take rapid eye movement to a new level. In a microsecond they have assessed your kit, checking out all the labels of your clothing to ensure you are serious about their pastime. Woe betide any one with a Regatta label proudly displayed, or even worse Peter Storm, they will sneer as they hurriedly pass you by. No one worth their credit card would venture onto the hill in anything costing less than three figures with a nice neat label prominently displayed. Now I used to have a load of Gucci kit supplied by the Navy, but have been known to venture out across Crib Goch in winter in hobnail boots, a hand knitted woolly hat from the Isle of Harris and a borrowed body warmer. On meeting the advert for The North Face the hoots of derision at my apparel were heard several mountains away. If you pass muster and have the right labels they may stop and chat, usually about this years model of a certain brand which may betray the fact that they are also Kit Pervs. 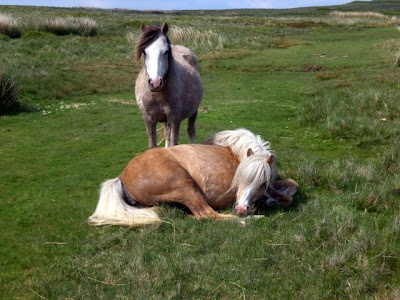 Now, I have for a while been lucky enough to acquire a lot of kit, but most of it is past its sell by, leaks, chewed by dogs or mice (or both) so I have replaced some of it with things like fleeces that cost two quid or used kit for purposes not intended, such as snow goggles as sun glasses and crampons as hammers. So my gear is a bit worn, nay tatty, thus attracting scorn of the label spotter. Now this hasn't bothered me in the slightest, but as we get ready for The Great To Do or The Offas Dyke Ordeal I have replaced a lot of my worn out not fit for purpose gear and replaced it with nice new stuff, in the process I have almost become a Kit Perv. The danger signs were obvious, I dumped my perfectly good 5 season sleeping bag on account it was twice the weight of the jungle sleeping bag I just bought. The bombproof Wild Country Quasar tent was spurned in favour of a Snugpack tent/bivvi that weighs only two pound once I got rid of the steel pegs and replaced them with titanium pegs that saved a whole 12 ounces of burden. My everfaithful jacket will be left behind as I now favour a higher performance lighter jacket that comes with a much better fleece that is windproof as well as shower proof. And so it goes on for the Kit Perv, its all lighter, stronger, smaller, neater, does more, costs the same as a human kidney and the items are must haves, coated with drugs so you go back and buy more. I have just stopped myself becoming a true Kit Perv. The KFS, or knife fork spoon as more commonly known is going to be a huge burden on the walk, much better ditch the horrid heavy KFS from the kitchen drawer that take up too much room and swap them for titanium ones, one sixth the weight and strong enough to dig to Australia should you have to. But wait, before you buy, why carry three titanium items when you can just have one, look at this, a Spork! A titanium artifact that combines the knife fork spoon into one handy item. A Spork is the future and at a mere £39.99 a total bargain.

Sanity rallied and I stopped myself. I chose not to take titanium but to take Tupperware, their plastic fork and spoon weighs marginally more than titanium but only cost 39p. 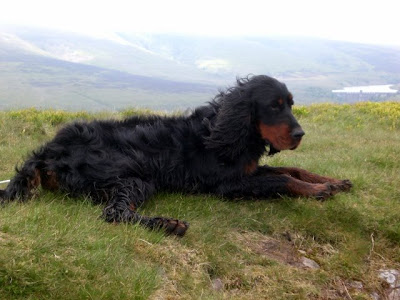