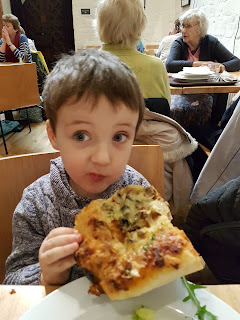 After the usual routine plus one (feeding Johnny Rambo) we headed into town, ostensibly to get dog food but also to stock up on essentials like paintbrushes (heavy rain meant no outdoors jobs , Hurrah!) Whilst in the city RRMK2 stocked up on calories 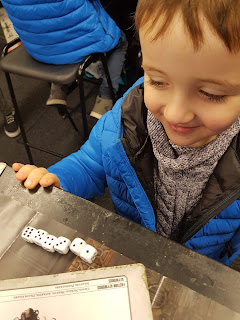 before astounding everyone with his dice throwing skills, this was the score from his first throw, next was 224466 and we decided not to allow another throw in case it opened the gates to Armageddon and we did not know where an exorcist could be found on the high street. 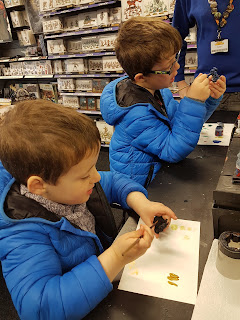 They did, however, exchange their souls for a paintbrush and began their transformation to nerds. 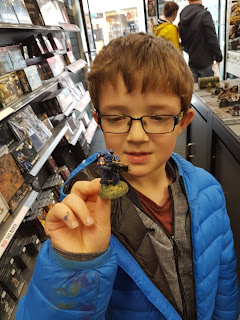 With the apprentice painting a space marine 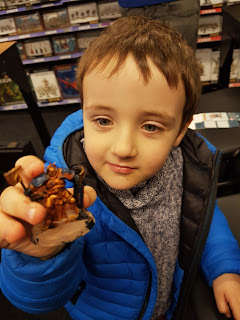 and RRMK2 painting something else. Both were very happy with their creations and it also brought a tear to my eye, especially when I saw the prices of the box sets to their new hobby. 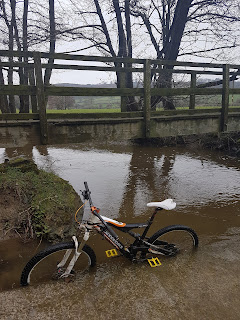 Back at the ranch yours truly ignored the pleas of get on ebay to buy stuff we can paint dad (its an addiction worse than crack believe me) and knowing that I have a 300km bike ride in a few weeks went off on my trusty steed and did 7. Well its a start.
Posted by Tony at 21:58