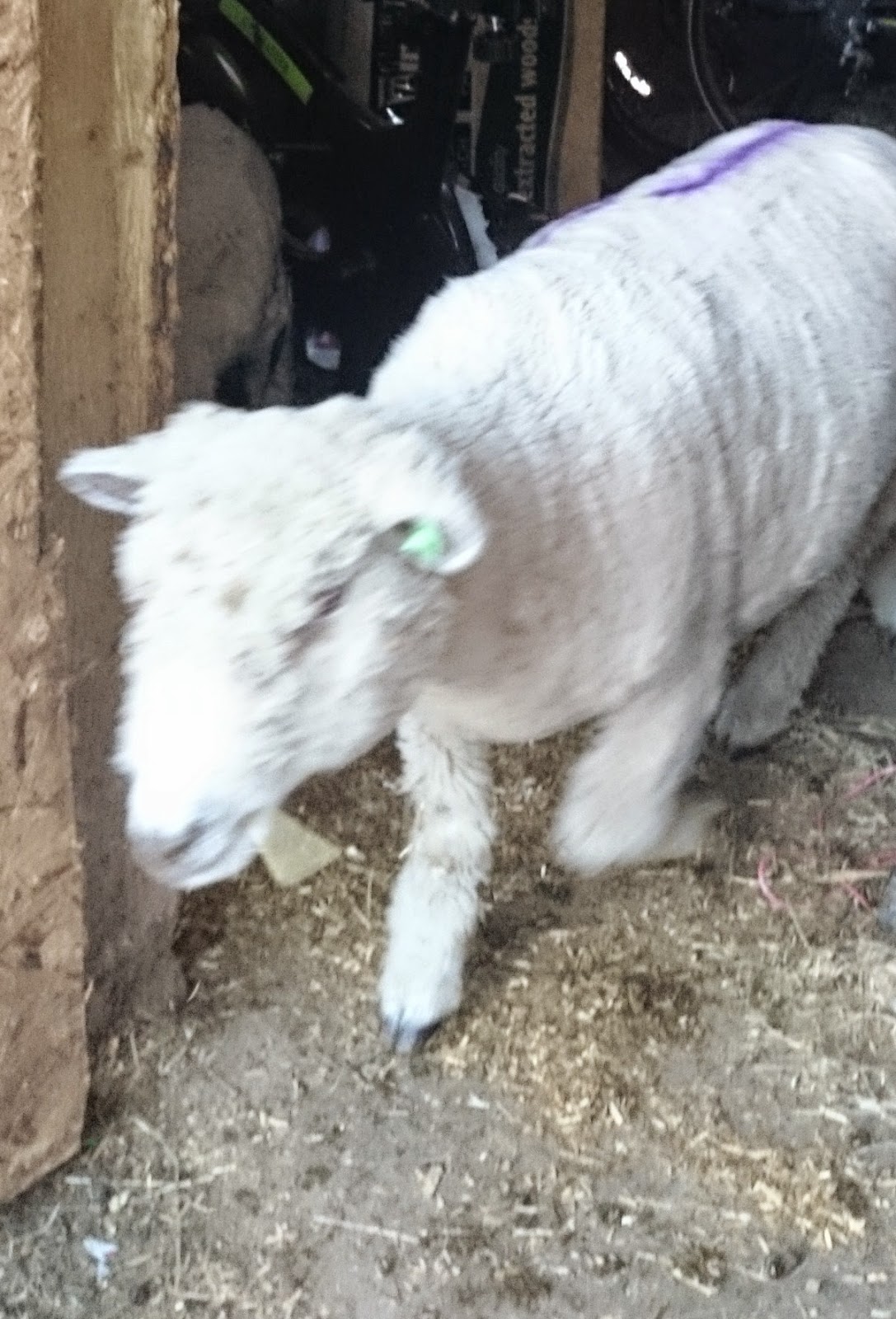 Yesterdays post got waylaid due to lack of time caused by having to clear up after the plasterers who came and "finished" the windows. Unlike the three not Steve's who were a good bunch, deadpan humoured, quiet, clean and tidy, so much so you could forgive their crap navigation and poor timekeeping, the two idiots who arrived to complete were messy, didn't use dust sheets, loud (radio 1 non stop) trailed dirt into everyroom they visited, splashed plaster over most things including dogs, left the doors open all day, slow (made the job last all day) and worst of all left a Stanley knife blade within child's reach once they cleared off in their van which I felt like spray painting Bodgit and Scarper. One did make a half hearted attempt to mop up some of the crap they sprayed about with gay abandon, his handiness with the mop was noteworthy and he explained that a greater part of his life had been spent behind the mop, mostly landings and corridors as he wasn't allowed outside.
Today's  mess began with yours truly trying to gain access to the tack room/feed store, clearly something unusual had happened as the door would not open. The problem soon became apparent, the Rampaging Ryelands had barricaded themselves in and were holding an eat in. Fat bloated woolly mammals were lying helpless in their own pooh, the result of 36 hours gluttony, and unable to move, not that they wanted to as they were warm, happy and had abundant rations for the siege. Negotiations began, their request for vegetarianism being compulsory at Rock HQ was ignored but a promise of not eating any of the culprits no matter how fat they now were did allow for an exchange of a bucket of water for some poultry feed. Suitably rehydrated the naughty sheep finally came out single file blinking at the sunlight leaving yours truly to sort out the monumental mess left inside.
Posted by Tony at 22:33