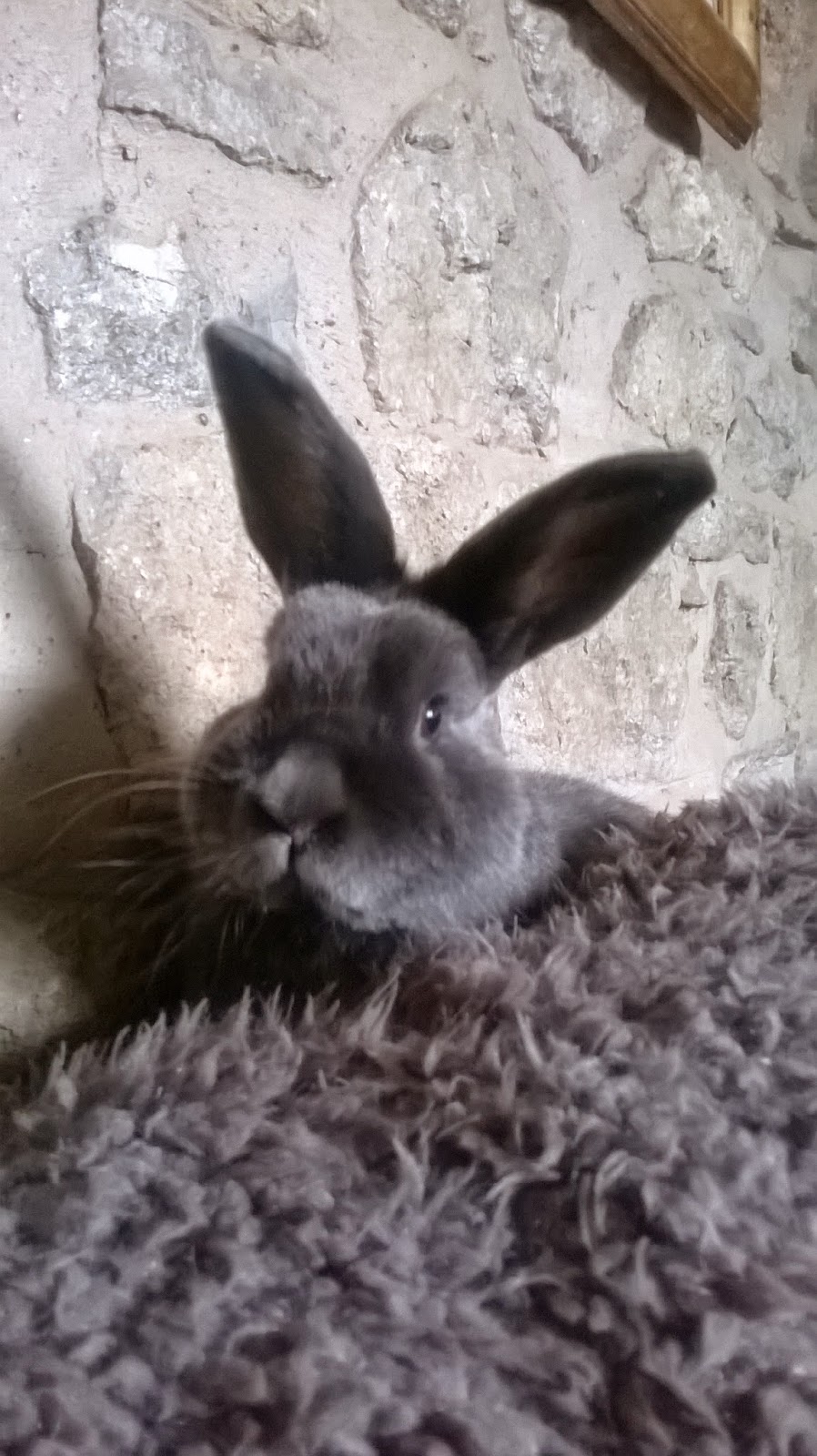 Early doors started the same as close of play yesterday, not with me bemoaning the lack of communication between so called smart devices, hence no update yesterday and no exciting pictures of the annual country show (which is where this handsome blue bunny came from, it followed me home honest) Instead I was found balanced precariously on various items of furniture or walls as the almost grand plan began on the cottage. 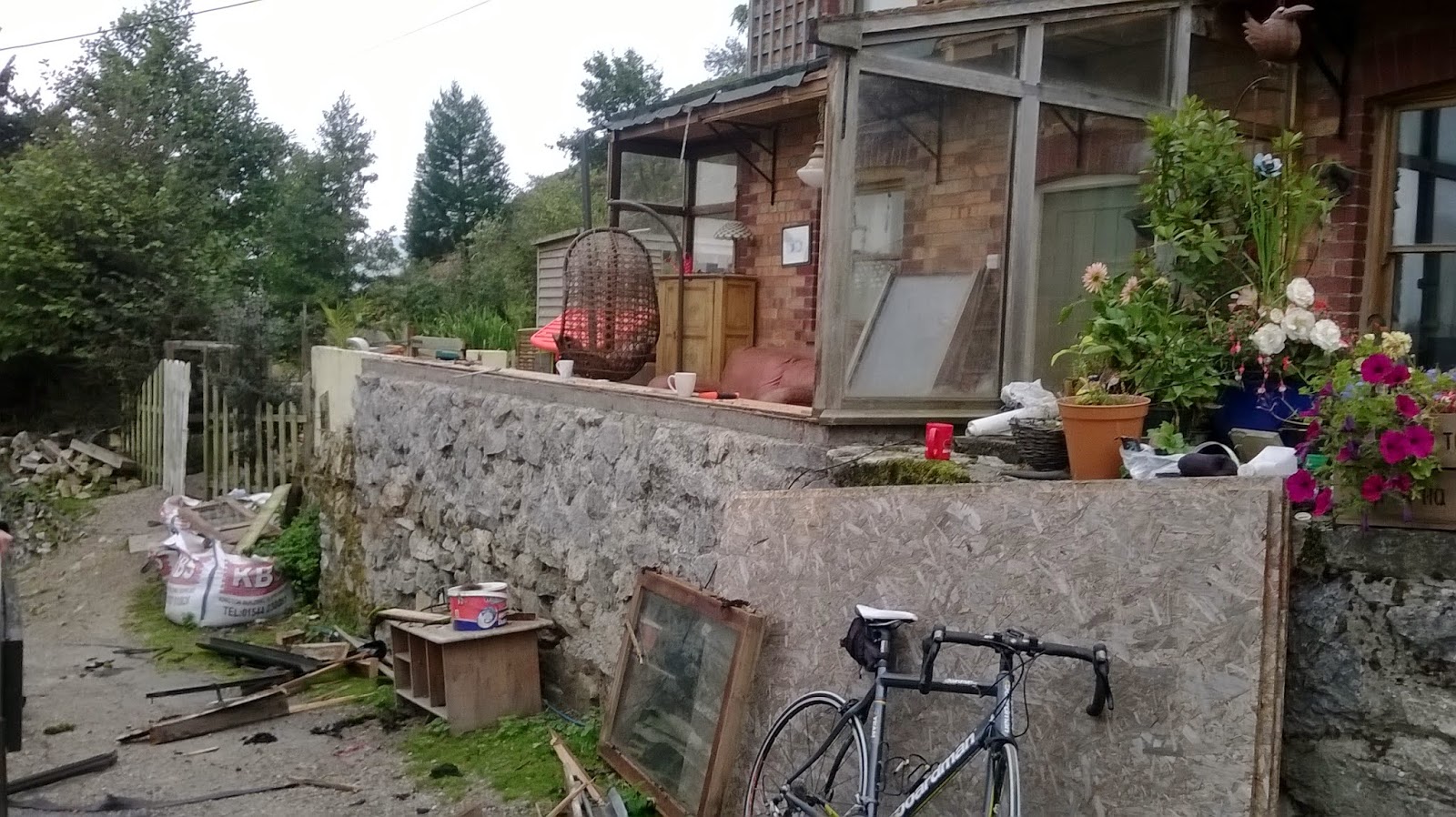 There are plans to make HQ a bit more palatial rather than quaint but for the time being phase one (which was to be phase five) in being actioned with the conservatory replaced. This was put up in 2004, I know because I found the builders time capsule (no photo as today's photos are on three devices none of which want to talk to each other, don't get me started again) with his name and year. This explains why it looked so amazing when we arrived in 2006. Time and use has not done it any favours and as it leaked worse than a cabinet briefing on Scottish independence, had windows that defied physics and stayed in the rotting frames, something had to be done! And as ever the something has to be done on a budget and a lot of budget was saved by yours truly taking the old one down and leaving a clear site for the new builders. Which explains the above, last night after the show and during the cyber-rant I took the roof off, before breakfast I got the doors windows and front off and by second breakfast the sides were off. It looked for a while like my it will be down in three hours assessment would be about right. But then the conservatory began to fight back. 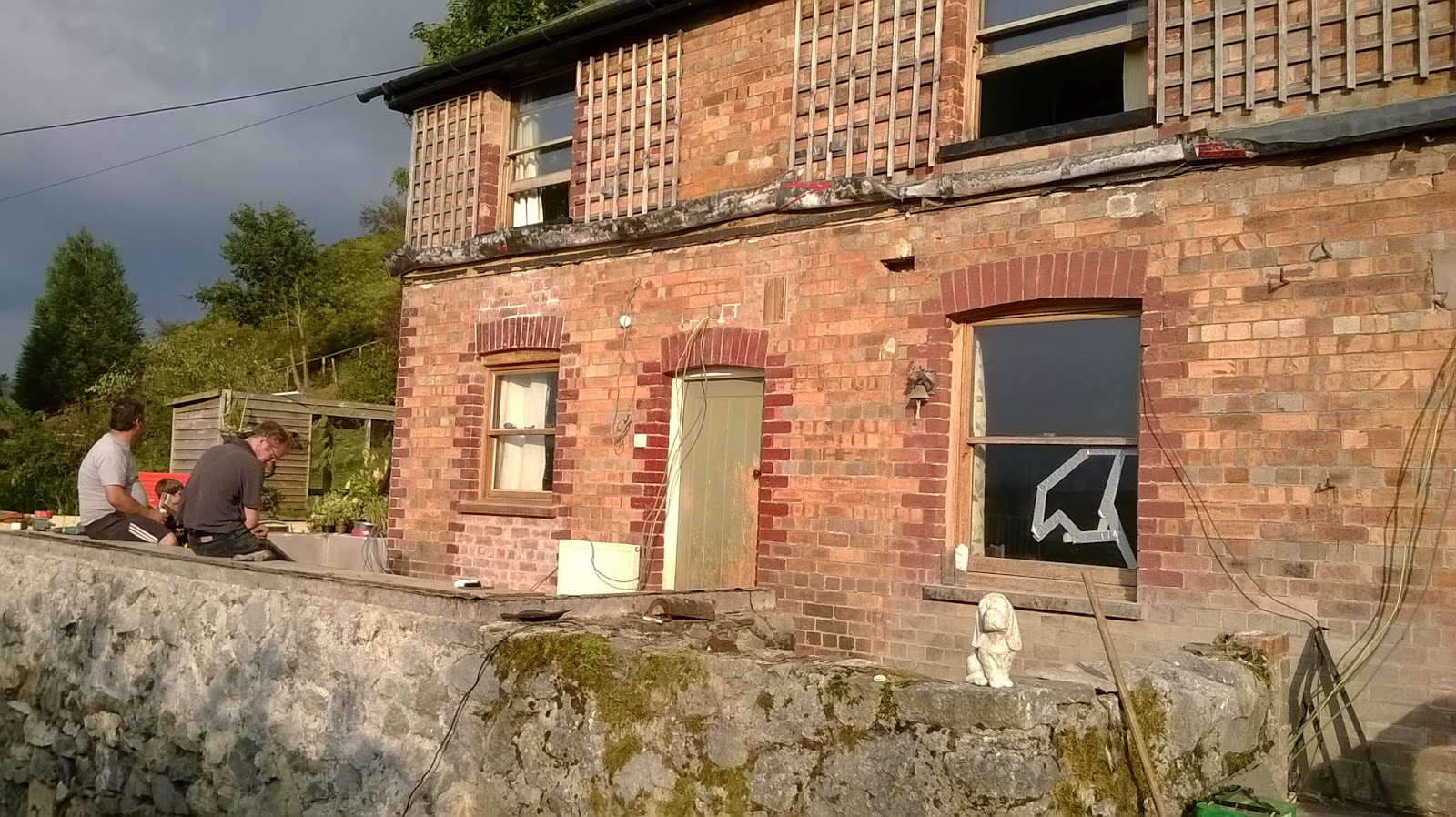 The roof and canopy porch proved a tough nut to crack and several botched attempts served only to annoy it rather than dismantle it. A quick break to go and fetch the tent and kit from the show ground allowed time to ponder the problem. The phone the friend technique provided the time honoured hit it harder resolution but as that has been tried already something else was needed. Two years ago, more or less, I got another builder to come and replace the solid porch roof as it was the source of a lot of the water on the conservatory floor, having remembered this fact meant what was needed was someone to get up on the now not so solid roof and unscrew the new bits thus making it half the weight and a bit less likely to kill you when it landed on you. A brave soul was needed who could do this and they also needed to be a lot less heavy than me. Gareth fitted the bill and soon he had forsaken an afternoon watching the TV and was found trying not to cry on a ever decreasing roof space four metres above the planet. Thankfully my plan worked, he survived and roof came off and hideous metal brackets came out of the brickwork with no casualties. 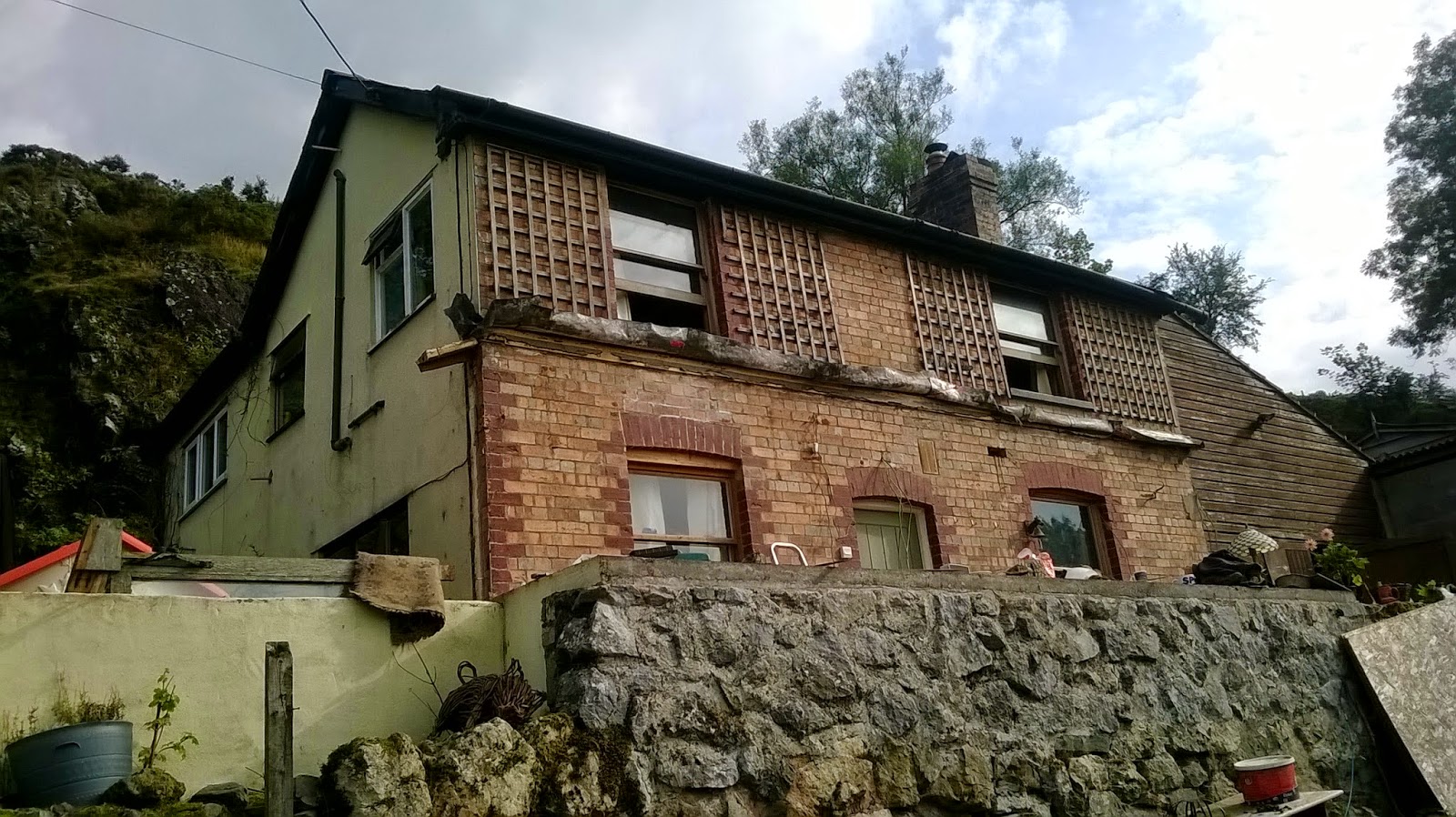 The cottage looks a bit different now, see margin to see how it looked before, and the builders will have free reign to fiddle with their erection tomorrow. 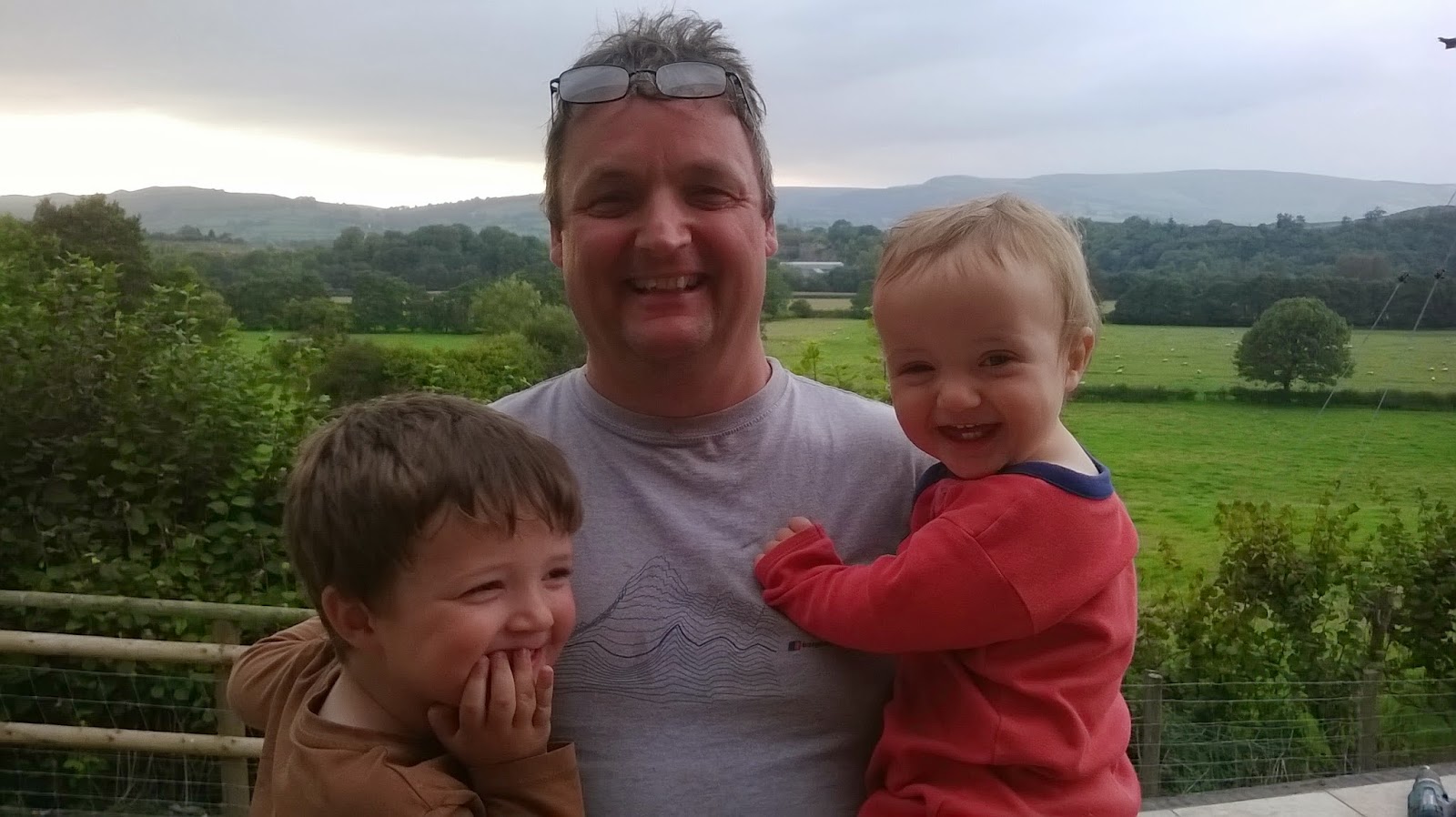 End of play today saw yours truly receiving accolades from offspring to "fixing" their house.
Posted by Tony at 22:37