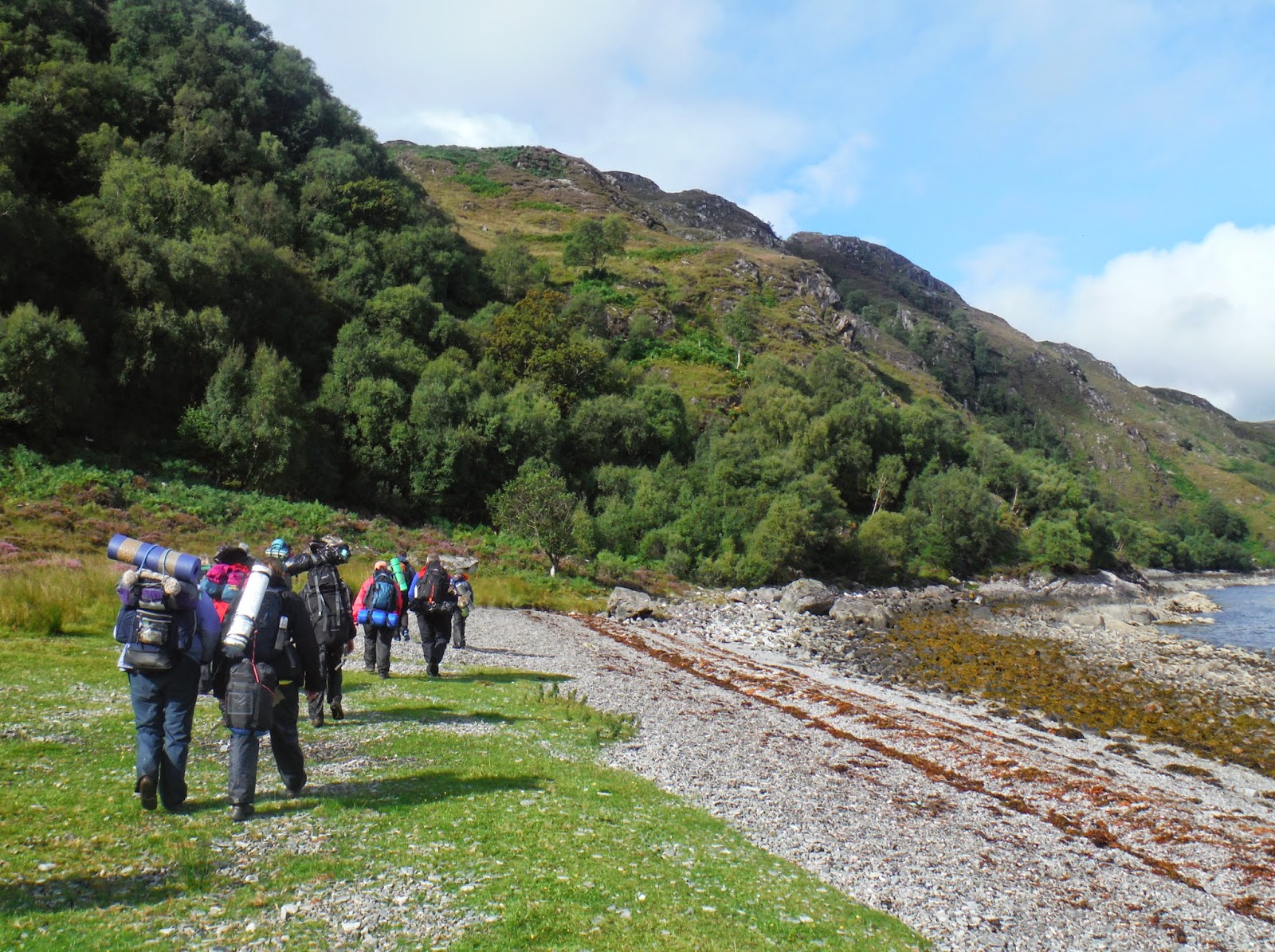 The final phase of THA began as any great expedition should, with a great big breakfast. Those that knew what was ahead stocked up on calories rather than solely rely on the army ration packs that each were issued. Plans to take the high route were ditched for a more straightforward approach along the beach at low tide. 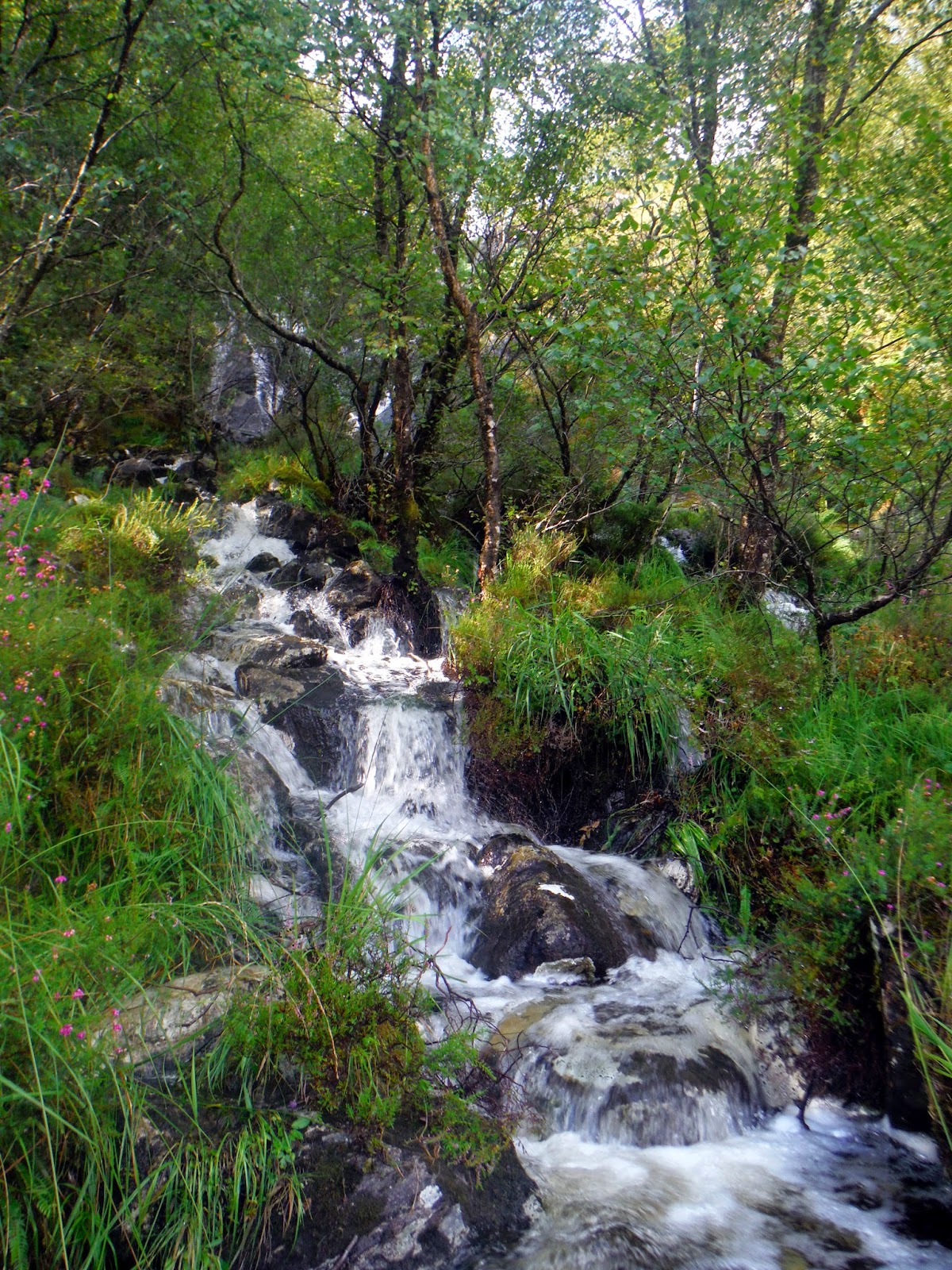 Soon we were in spectacular scenery left and right 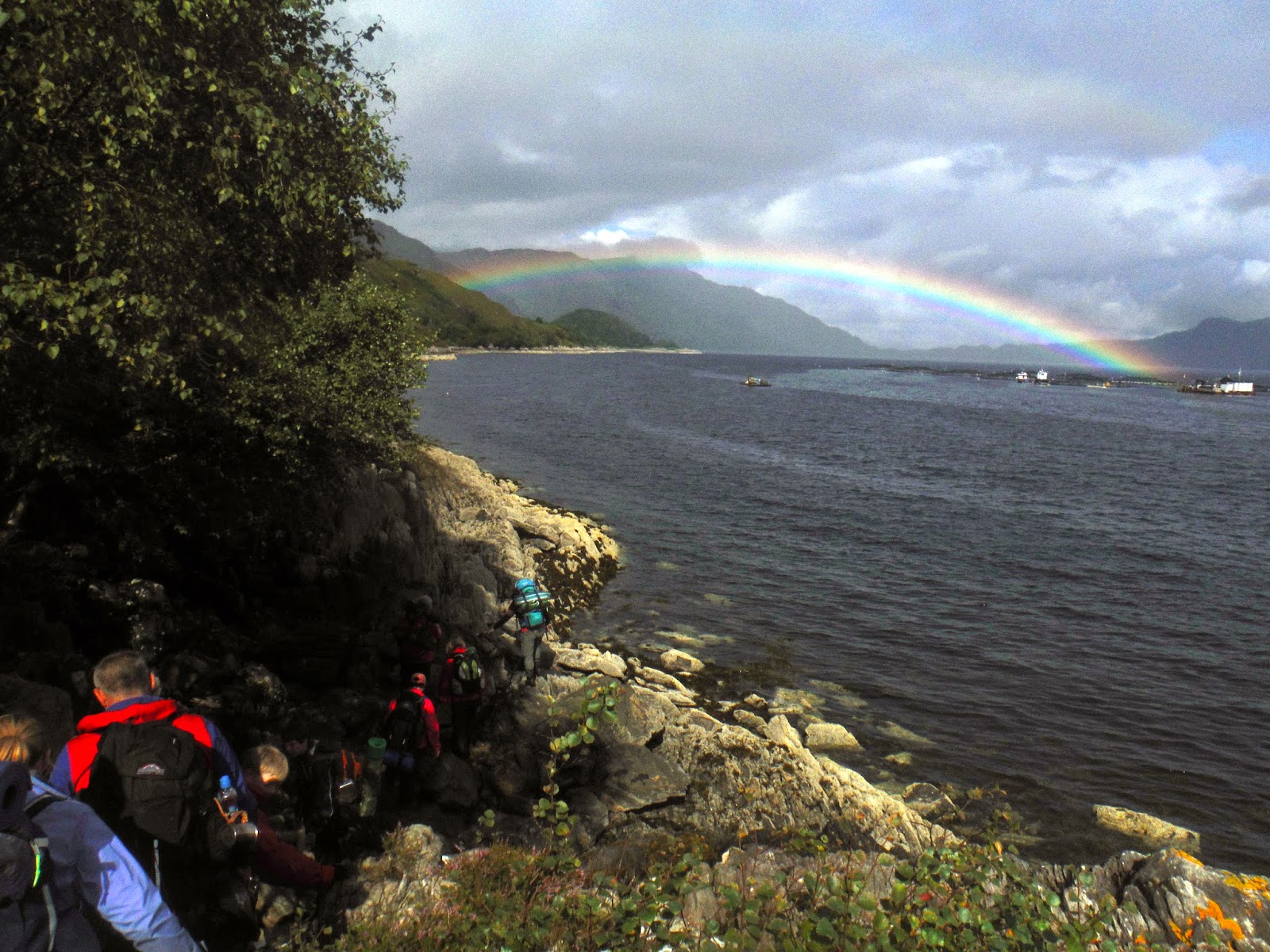 and as ever the weather provided entertainment, here a rainbow over the objective campsite at the burial mound on the coastline. The going was difficult but not impossible 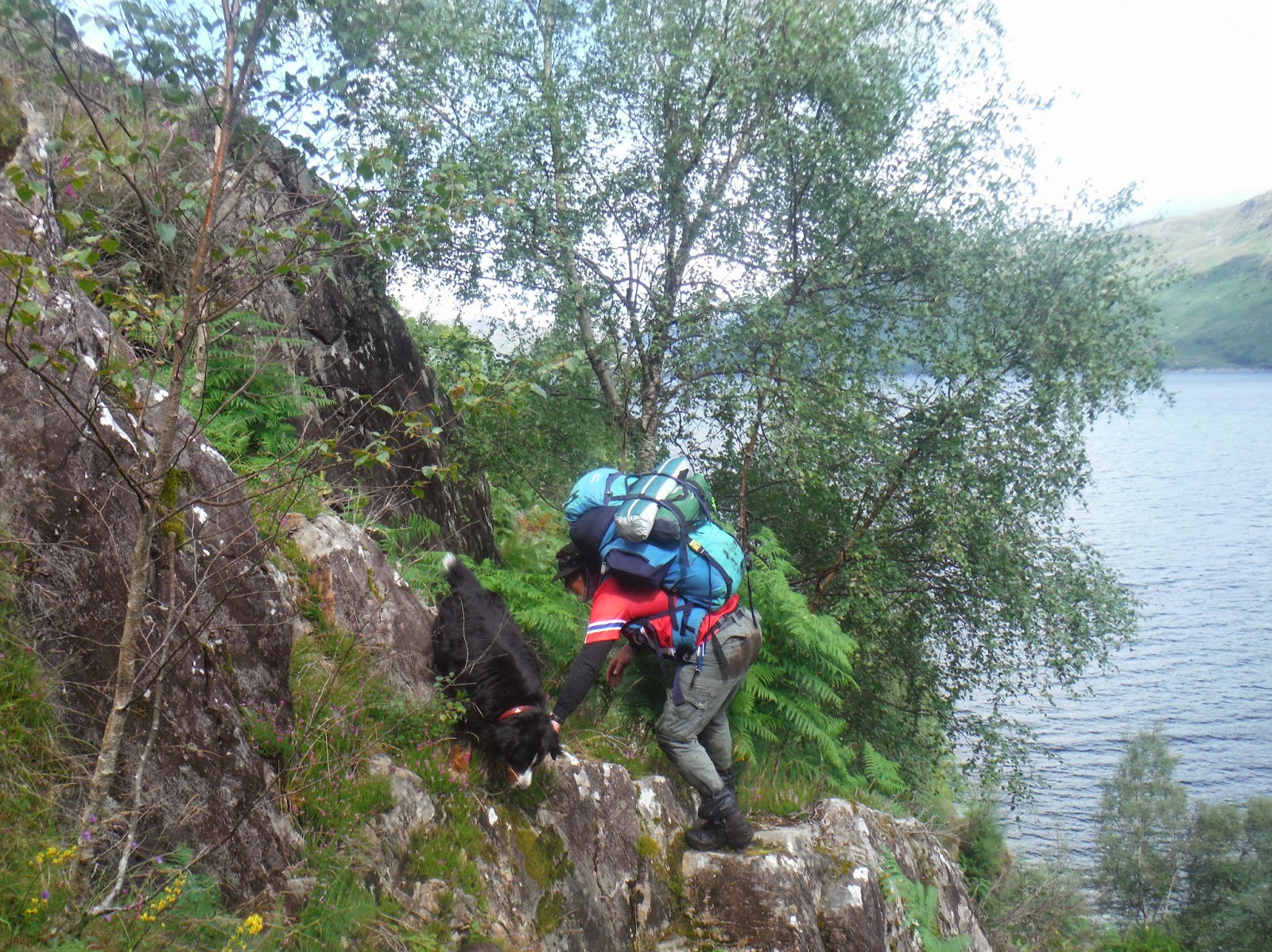 until this point where it turned from a scramble over a rocky shoreline to a full on rock climb. This route was  not the way forward for most so we turned back and regrouped on the shoreline while yours truly explored the lower levels for a path out while Keith pictured here pressed on and had a brief chat with the Grim Reaper who reassured him his time was not nigh but sitting on the cliff face was not an option either. So he shimmied along a bit (Keith not the GR) and returned to safe pastures where we all met up again (minus GR) as I had found the true path and led the camp followers to within view of the campsite. 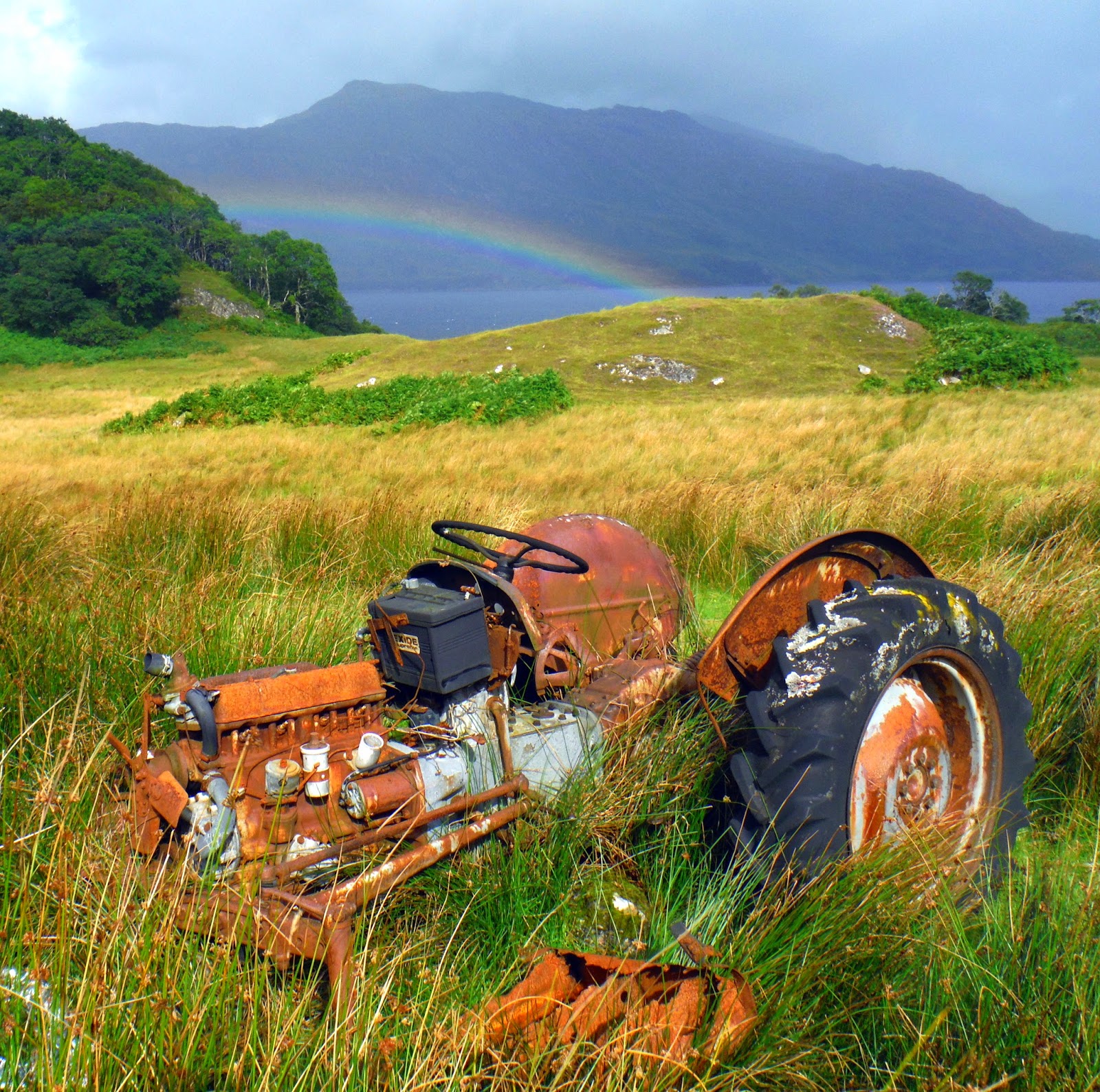 The chosen site was an old croft settlement that had long been abandoned, the old grey Fergie looked a lot worse for wear. I did check to see if the fuel pump was salvageable but it was a lost cause, the tractors only use now is a moody photographic prop. The rainbow appeared just to let us know more rain was on the way later. 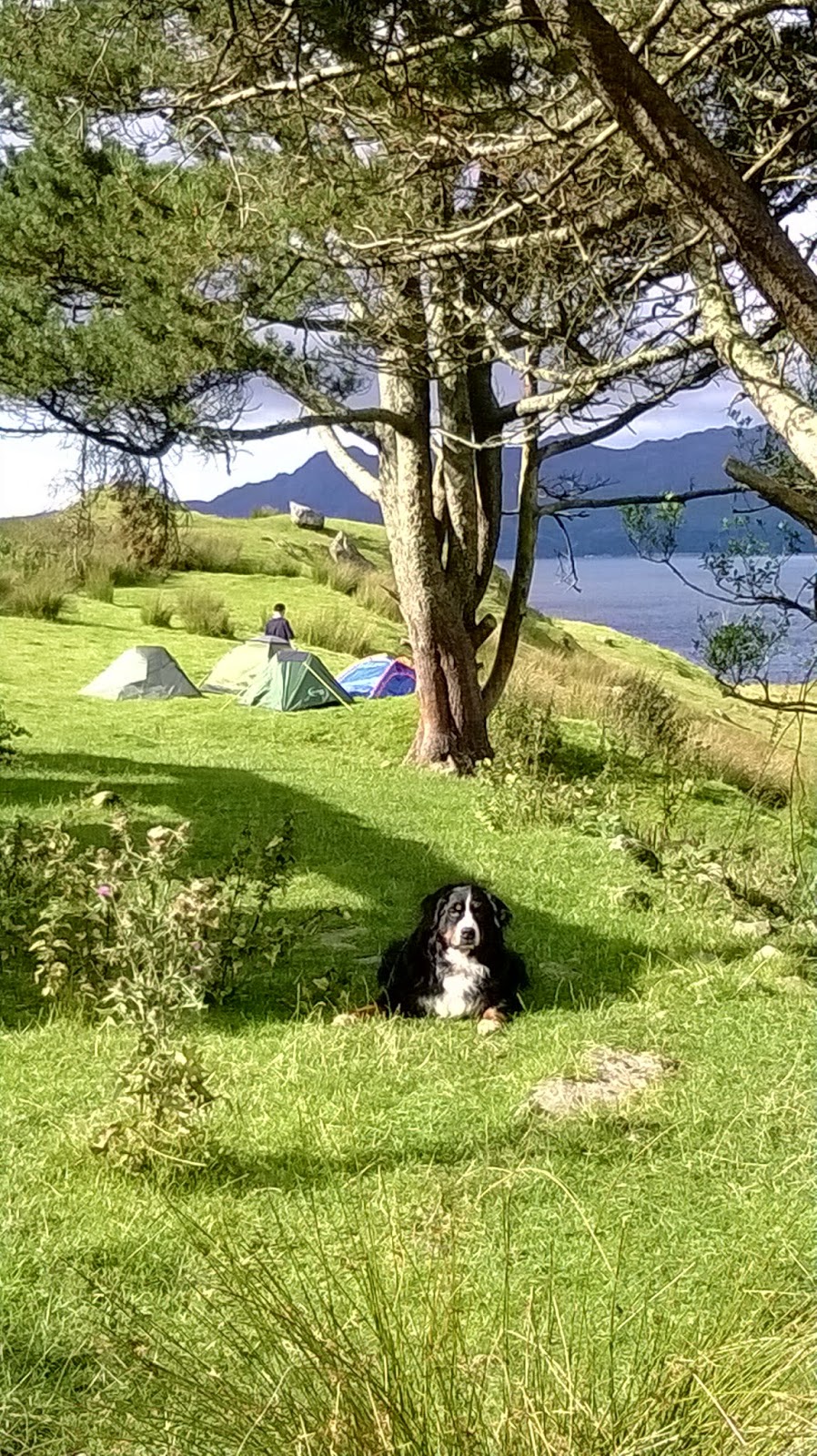 Rocky placed himself mid point of camp to keep an eye on everyone's dinner welfare and so we got amongst the ration packs. The victims volunteers had been given small cooking stoves that relied on solid fuel tablets and an abundance of matches to light. As they each only had five matches each lazyness set in and they opted for a communal camp fire and so ate hot meals and ash while those sensible ones (me) used a cooker and were treated to a gourmet meal of beef goulash and rice as a main course and fruit cocktail and custard for dessert. The custard was from a tin I had borrowed from the kitchen and the old adage of I carried it I eat it applied save for the half of the tin I traded for the use of a tin opener. This adage did not apply to Rocky who ate two cans of dog food and an extra large Jumbone, none of which he carried. Thus full of good food and drinking a luxury drinking chocolate (thats one without twigs, soot, ash and various insects as seen in the offerings around the camp fire) yours truly retired to his tent for the for the night. 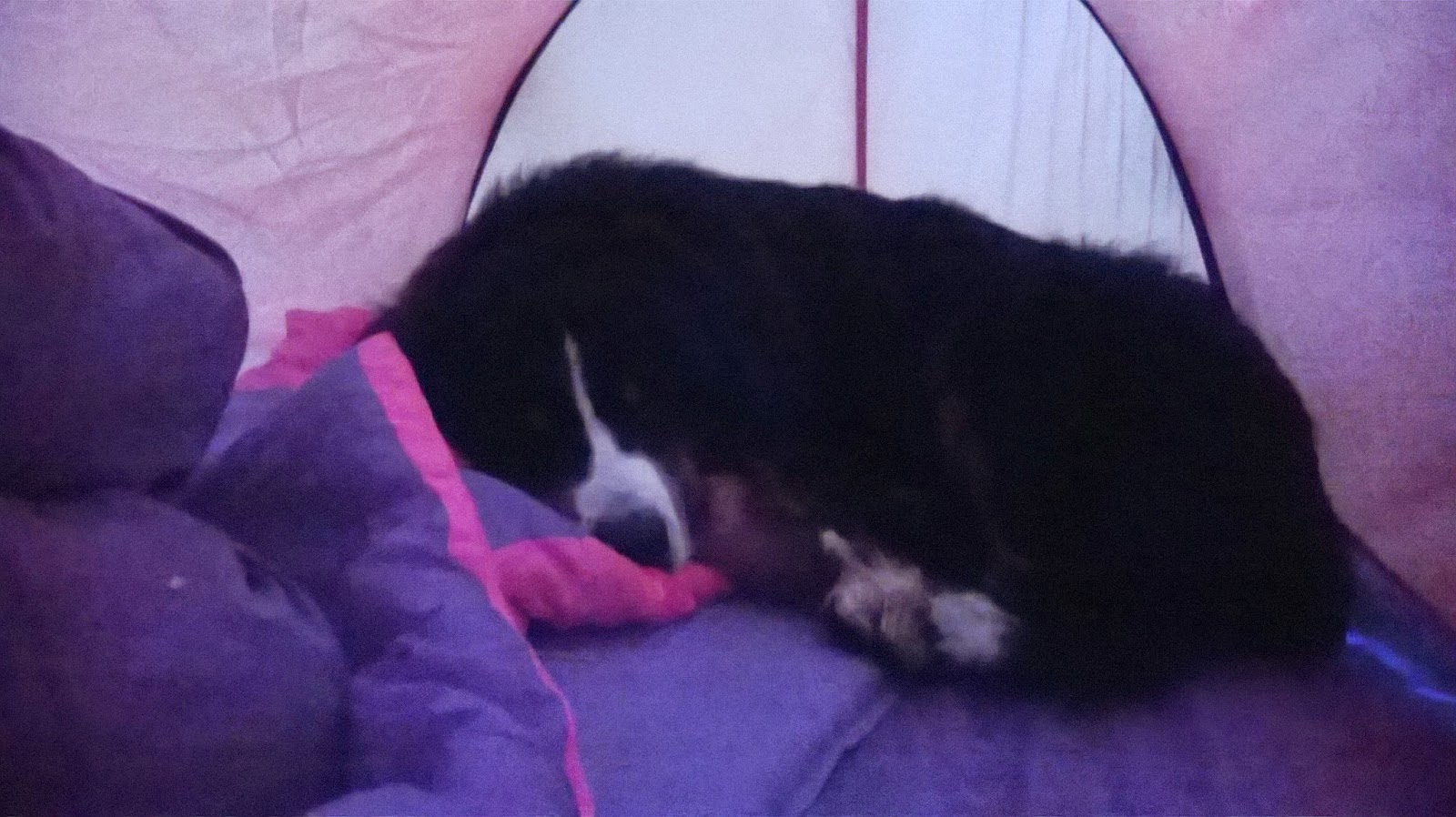 The only obstacle to overcome was to try and persuade a very big, very tired dog to give up my sleeping bag.
Posted by Tony at 22:14