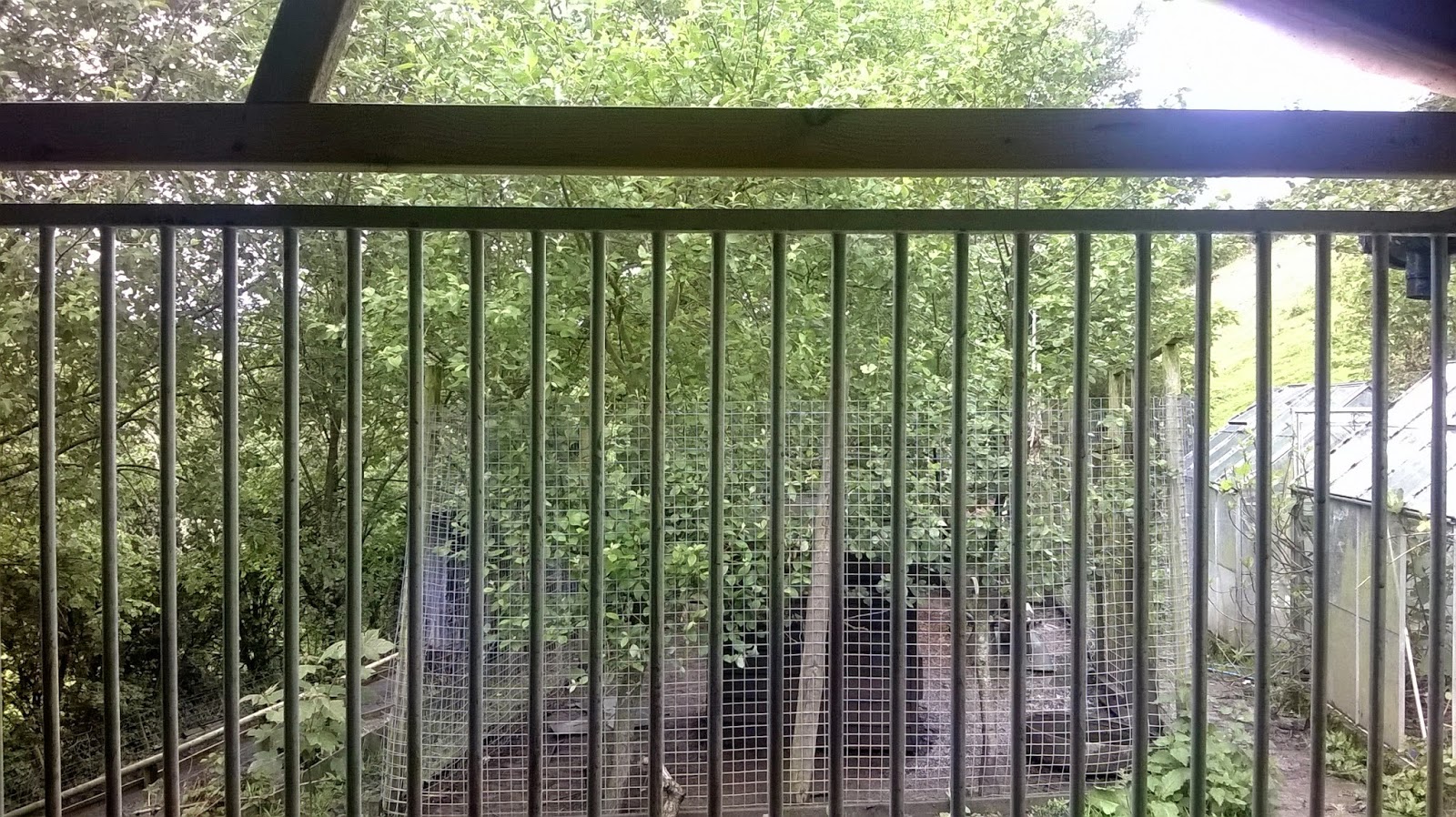 Thanks to the attention paid by Bliss to the galvanised steel bars and the prevailing wind direction blowing rain into the Swiss Style Kennel Block a radical rethink has had to be thunk. So as its a bank holiday weekend what better way could be spent than sawing and hammering bits of wood together to solve the weather ingress and dog egress situation. 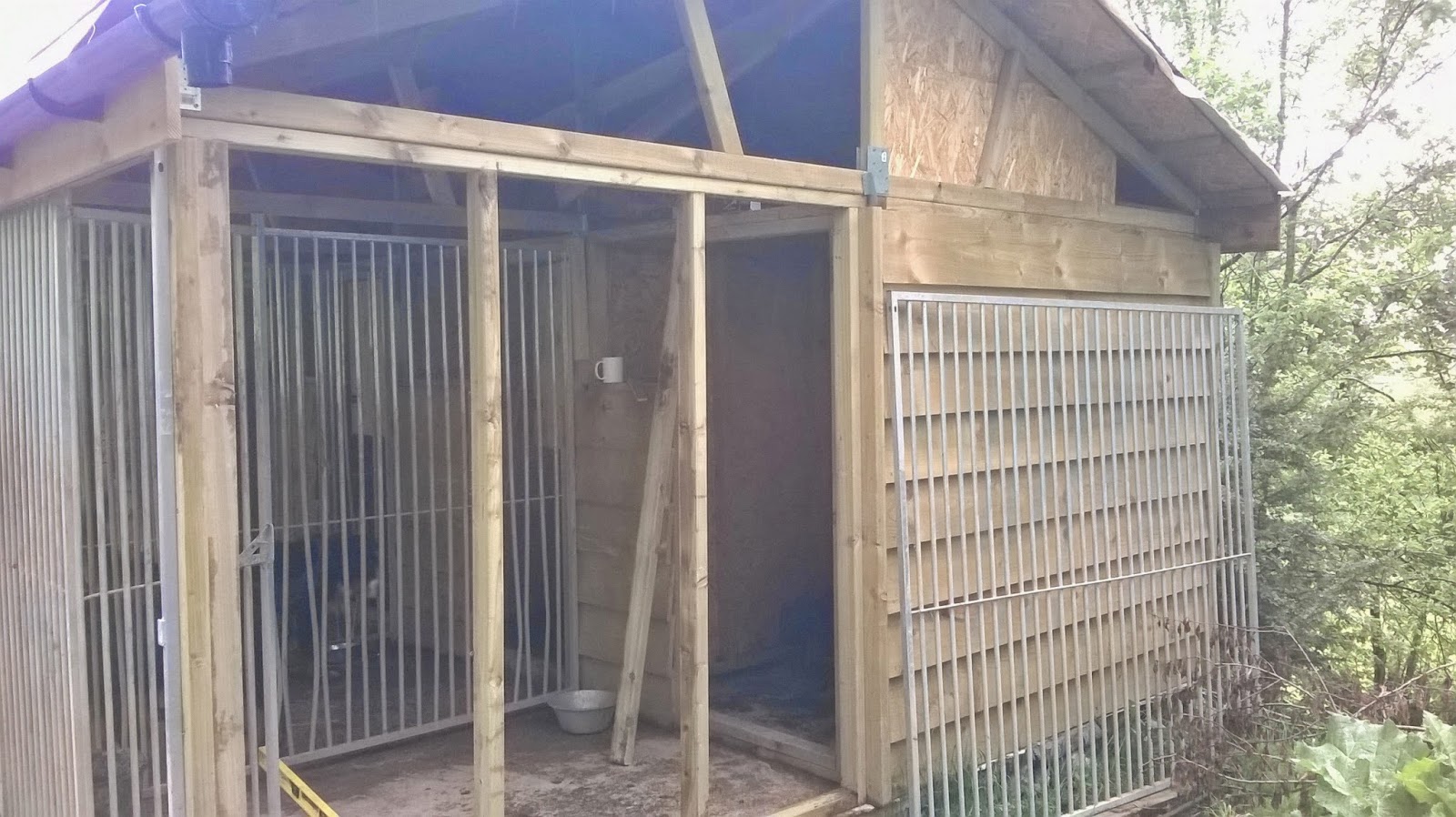 Once the morning routine had been done and then a last ditch effort to get fit enough for next weekends man test (although 23 miles in pouring rain hardly equates to 300km) the metal work was removed and a new frame fitted. 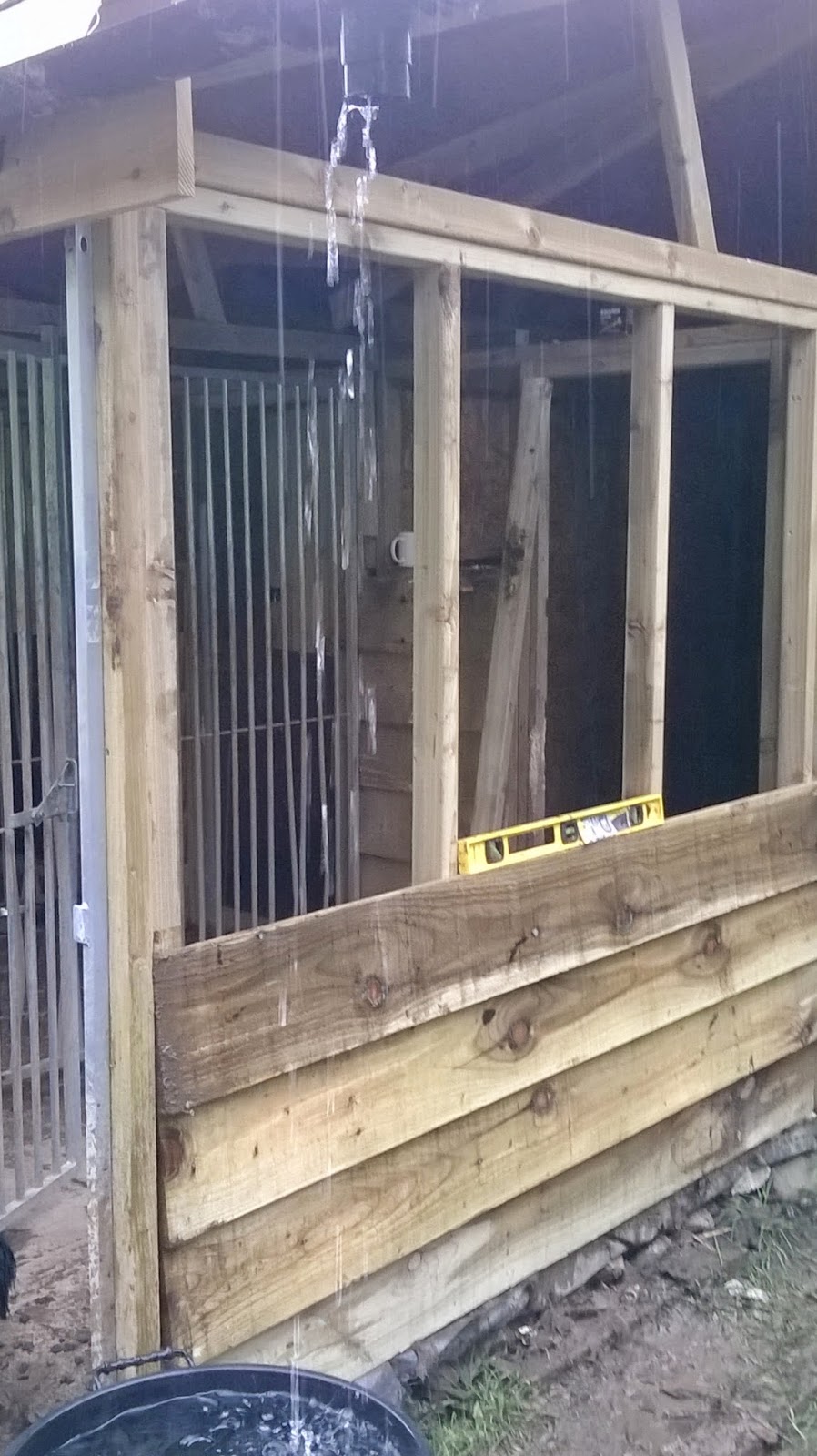 A simple task save for the weather. 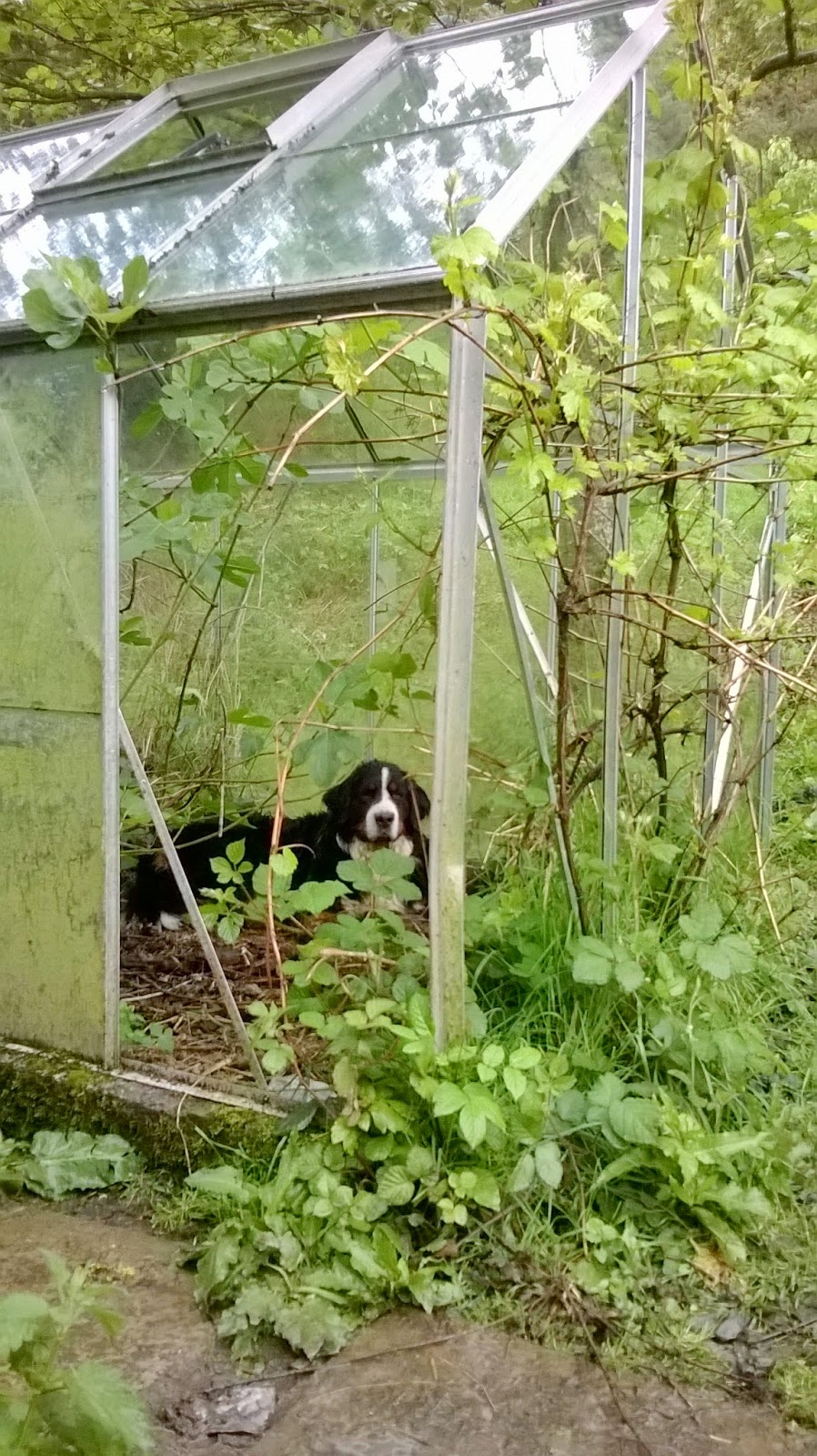 Berners took cover while yours truly soldiered on. Here's Spotty tasking shelter in the wrecked greenhouse, wrecked by Hetty and marauding goats seasons past. 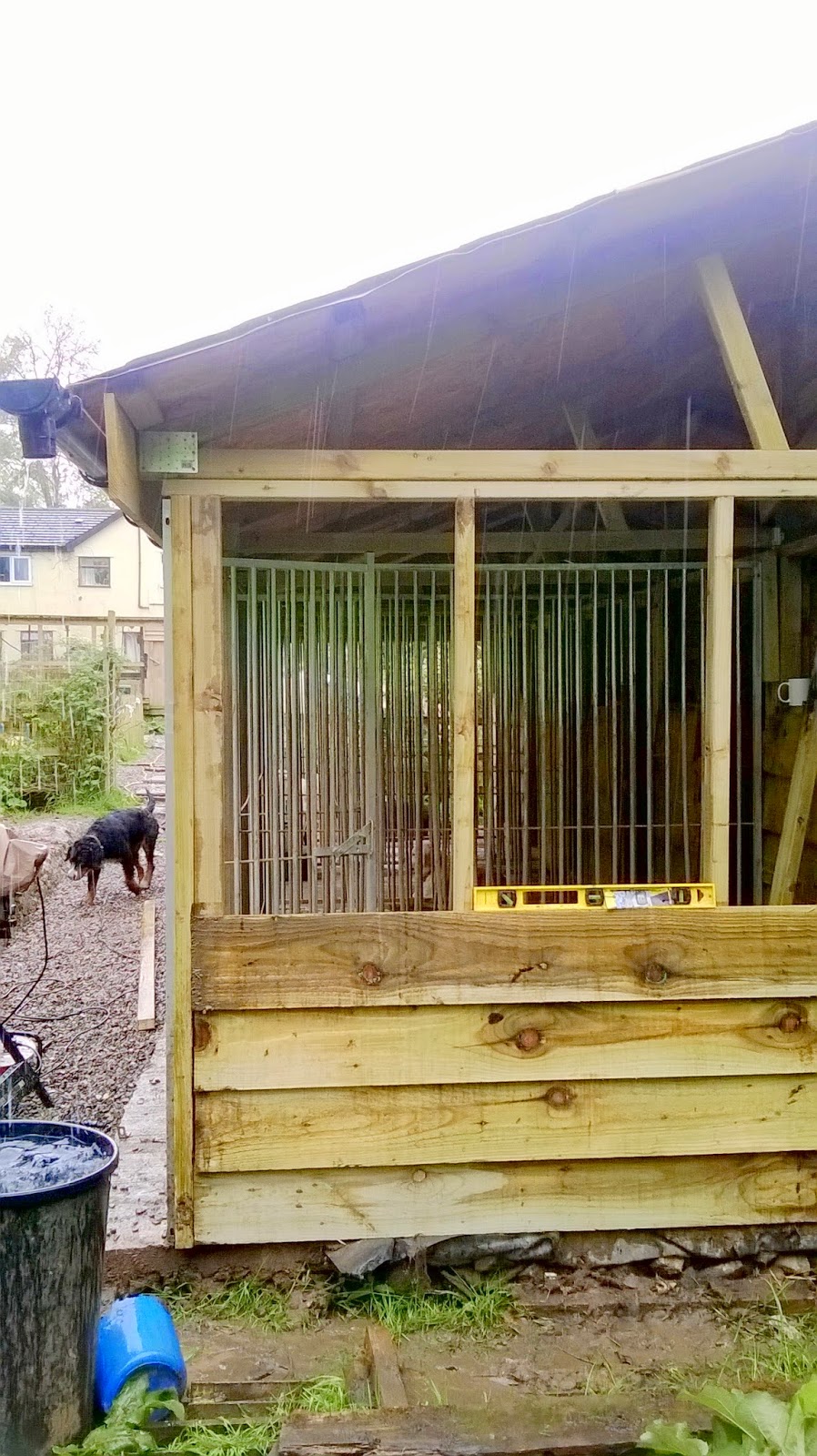 A couple of hours in the rain really set in so I took shelter in the kennel and sat on one of the massive luxury beds and listened to heavy metal while fighting off several large dogs. 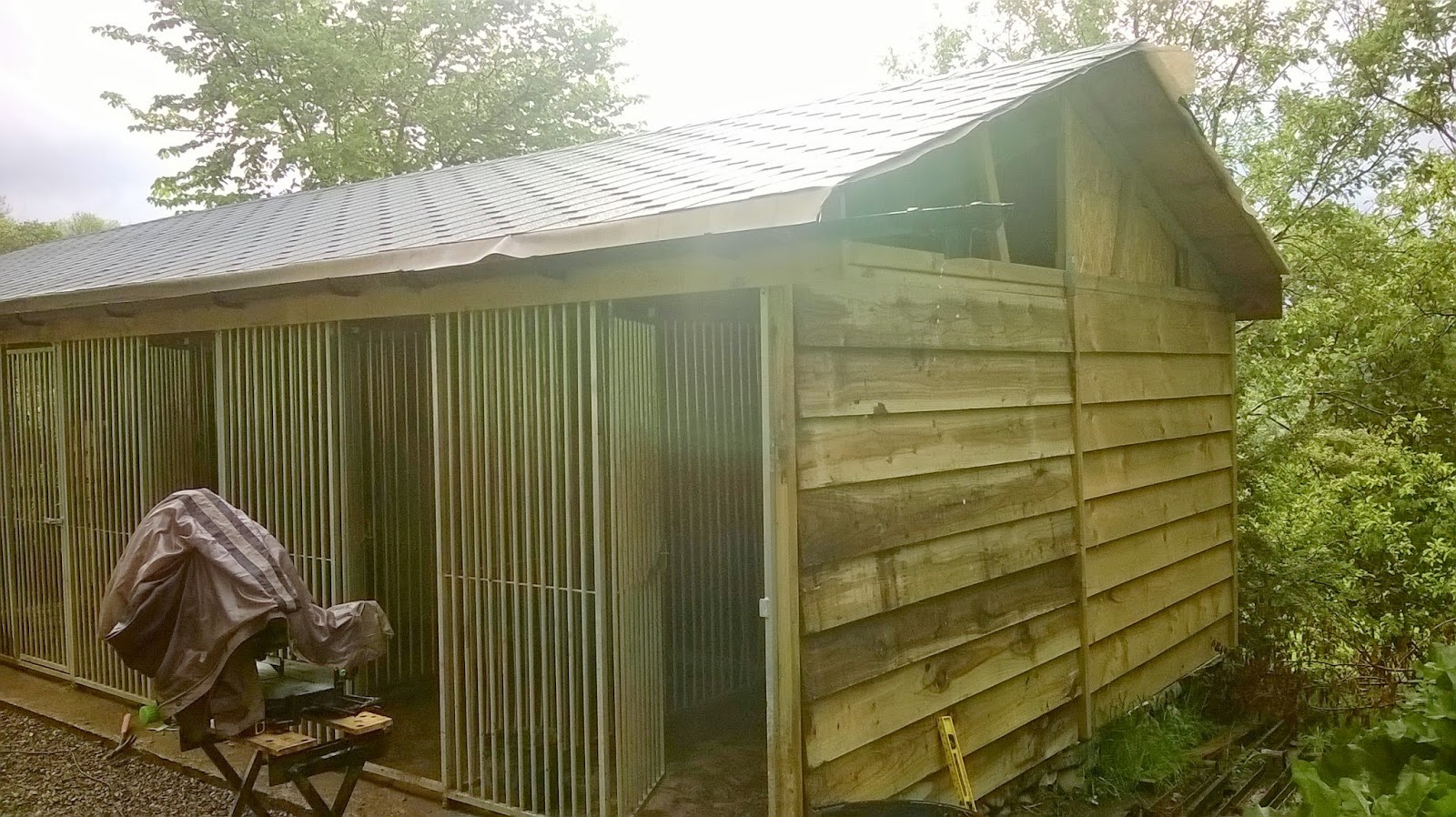 Job done, save for the fiddley bits at the top, thats tomorrows task. 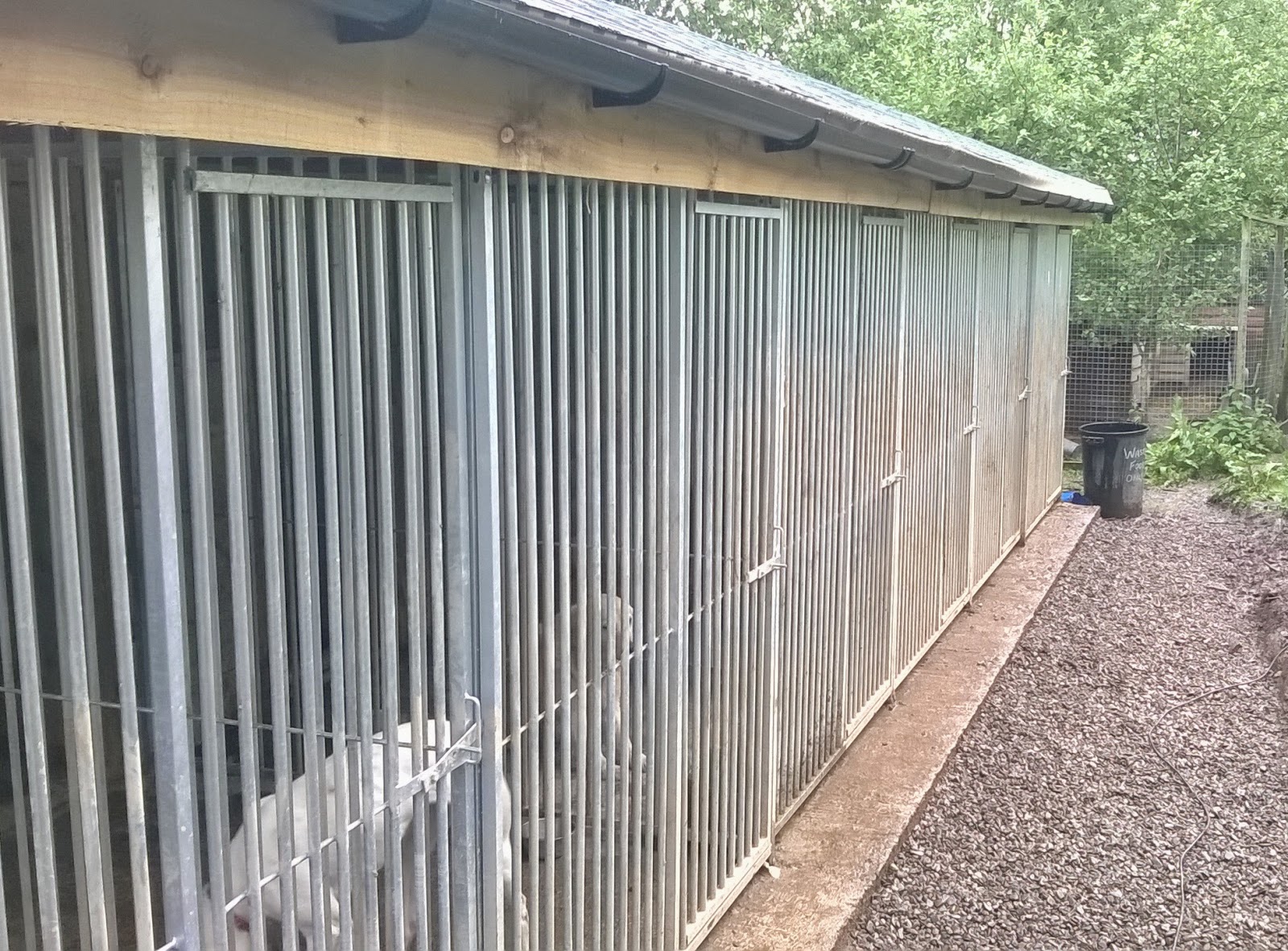 The wrecked internal steelwork was then removed and the "new" bit from the end put in its place, for the first time since I built it we have 6 operational kennels. 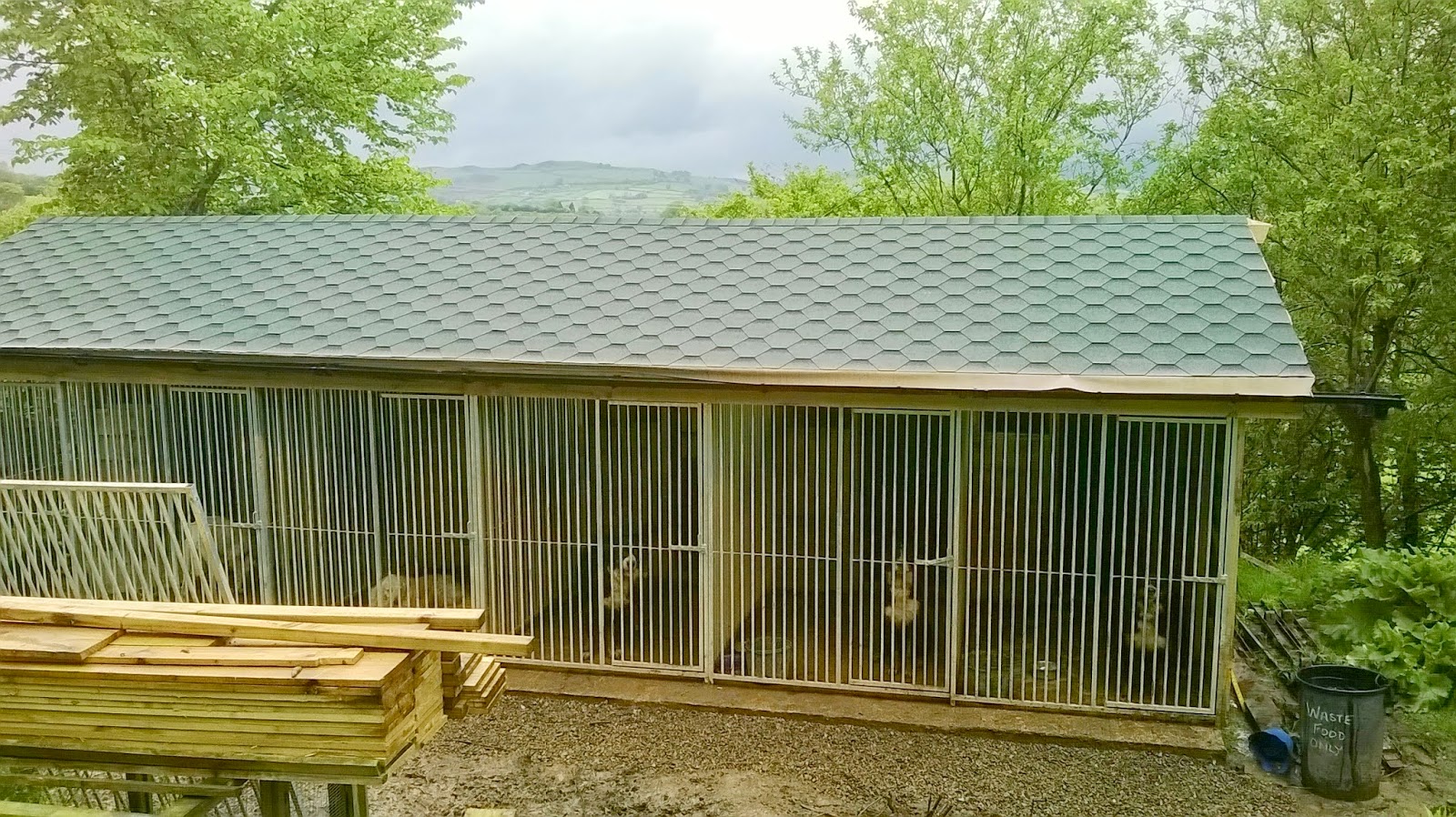