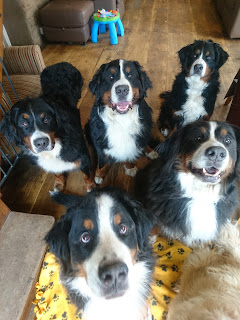 A very bad day at Rock HQ. Spotty, the star of so many adventures died. The cancer got too much and rather than see it destroy him totally he was put to sleep and helped across the rainbow bridge by our favourite vet. We did have time for a last family photo, hes sat centre with his two litter mates and two younger siblings. 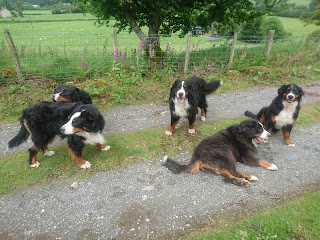 We also had four short walks, he couldn't manage one last adventure as we had planned, so instead we wandered down the lane a few times with the demi clan. 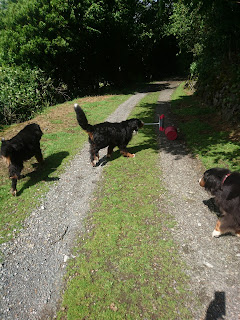 As a last act of defiance he took the broom on his last walk, something for me to fetch later, along with countless other items he's hidden on the slopes of the bonsai mountain. 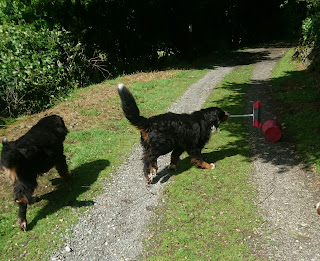 Looking at him you would not think he was so ill. 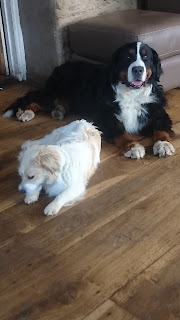 But we knew, he knew, and he, strangely sat and howled for a minute or so, and the vet arrived. 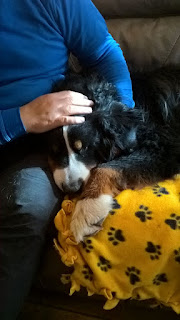 A very tough call Tony, and we have all been there.

The big problem with life is, you outlive a lot of very good dogs.

Thoughts are with you and yours.

Love to you all. Spotty thank you for sharing your Pawsomeness with me! pooch smooches 🐶💕

So sad to hear this news Tony. Hope everyone else is well.
Hard decision to make but has to be in best interests of dog, nonetheless still very tough to deal with.
Harvey is well and still gorgeous. If you're planning another gathering please do let us know as it'd be lovely to see the clan (things have calmed down somewhat now following dying parents and horses).
Love to all
Mel, Danny, Abi and Harvey (The Puppy Dog) Herbert x