You hum it, I'll sing it 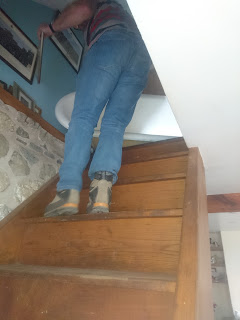 True to form nothing is ever simple and the non Steves who were originally tasked to move the old bathroom out of the cottage came over all weak once they found out that in order to save a kidney I had taken the liberty of cutting their pay by doing most of the donkey work myself. One thing I could not do was lift the cast iron bath out. 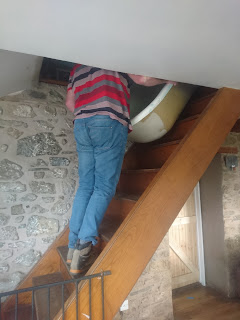 They who originally were going to do the task now decided that one of them had a weak arm and couldn't lift and the other had a bad back which meant he never stopped talking about it. 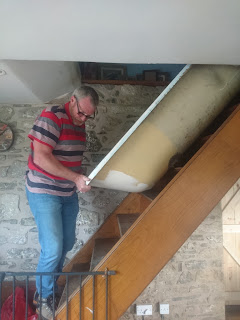 The final insult was them telling me that if the presence of the bath meant they were delayed they would charge me extra. 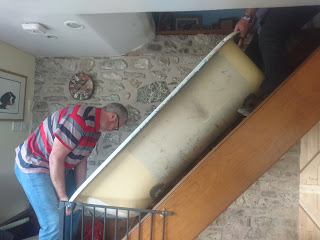 Luckily I had a cunning plan and when offered a cup of tea and slice of cake a very good friend non Steve popped round and helped me move the offending sanitary ware. I obviously had bathroom movers Tourettes and could not help myself from asking "Do you know the baths on my foot" to which the only lawful response is "You hum it, I'll sing it".
Posted by Tony at 14:35