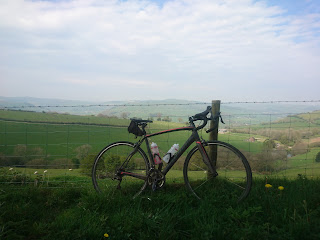 Early doors saw yours truly not astride his bike as planned but holding his jaw and trying not to cry. For weeks now I have coped with (read ignored) a wisdom tooth that had broke into tiny pieces leaving a huge hole. As it didnt hurt there was no problem and I see the dentist in July so all good. Except pretty soon it did hurt and to the point that even breathing was painful, more painful than when my left arm fell apart and the nice medics tried to put the 26 pieces together again. So there I was in the dentist chair while the nice doc told me what she was going to do and tut tutted about what the dentist I normally see had done to me on Monday (imagine sticking an elastoplast over a gangrenous limb, that sort of thing) and after an hours drilling, removal of three nerves and much flushing I was rebuilt. 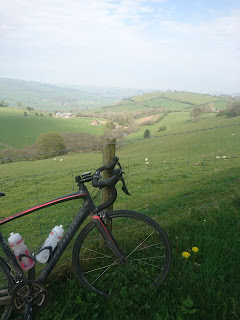 However after so much facial surgery I was in no mood to use my VIP tickets meal and bar included meet the player type thing at Worcester Saracens Rugby Club, instead I gave the tickets to our daughter and friend and while they made merry surrounded by beef I took to a very big hill on my bike. 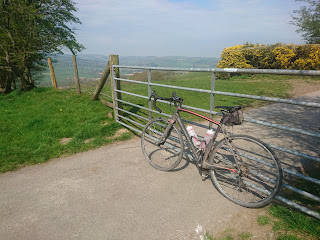 This was a new sort of pain, 51 very hilly miles in three hours 17 minutes and 23 seconds. So different in fact that it made me forget about my teeth and even prompted a smile. 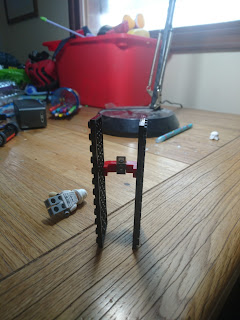 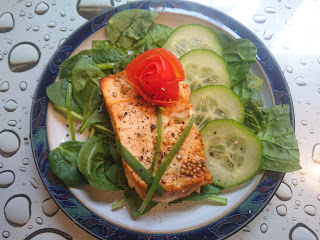 As I am training intently for the man test, it would seem a good idea to lose a few kilos of excess me. So this is work ongoing, but who says diet food needs to be boring. Here is a super slimming feta cheese, grilled with balsamic vinegar and mustard seeds. All dolled up on a plate. You see its not just toy soldiers I can be a nerd about.
Posted by Tony at 13:18