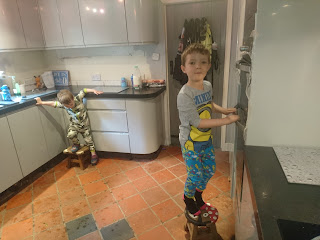 Sundays now have a bit of routine about them, most importantly being that the apprentice and rug rat mkII bake casseroles for our breakfasts. Casseroles and sweet puff pastry tasties with melted dark chocolate in them, most people know them as pain au chocolate but we know the real name. Once breakfast is devoured and the animals all seen to we decided that as it was such a nice day (actually it was raining but we had faith) it was time to hit the beach! 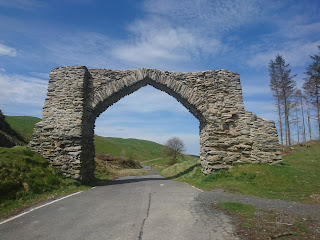 So we took the mountain road which was in no way a recce to see what it would be like to cycle it, no that would be wrong. Along this road is this arch built in 1810 for some dead Royal and I;m so old I remember a time when this bit of road was THE road not the two lane carriage way 10 metres to the left of this pic. Anyway nostalgia aside we made it to the beach where once again the boys had fun in the sand dunes. 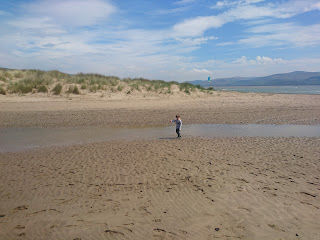 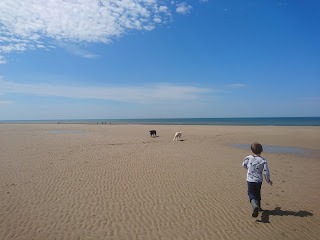 Bryn and Mrs Bear had the time of their lives. 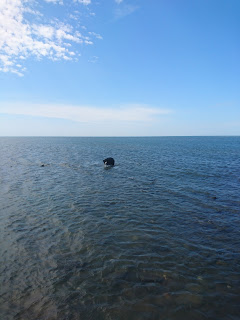 Mrs Bear took to the water 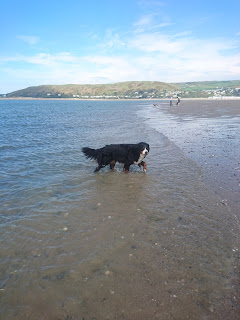 being a salty sea dog type 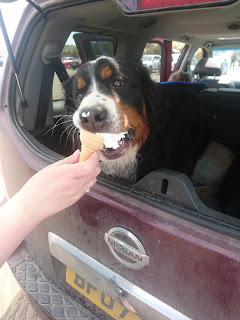 who loves ice cream. There was no second bite, down in one! 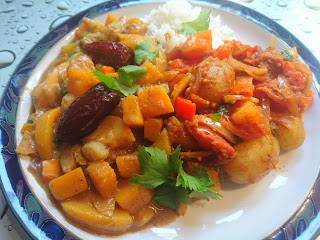 Mix up on sequence here, so here is my diet dinner, veggie curry and rice. 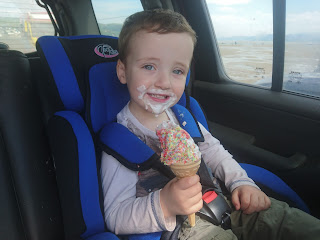 While here is rug rat mkII enjoying his ice cream. 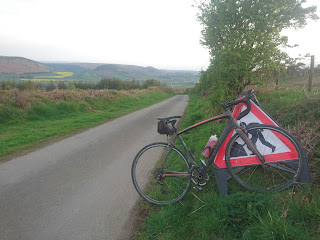 After curry I took on what has to be the worst hill climb ever. 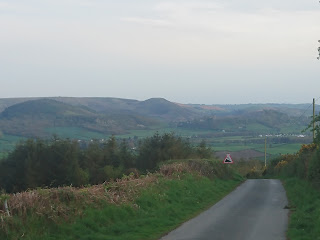 That's the bonsai mountain in the distance. 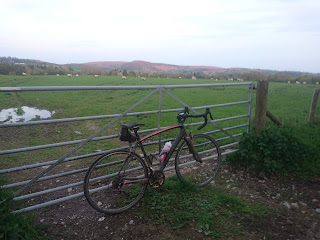 A massive climb, I didn't know whether to laugh or cry, so did both, and swear, lots of that. The descent was interesting too, a deer jumped out of the hedge and raced along the road in front of me for a mile or so.
Posted by Tony at 13:32