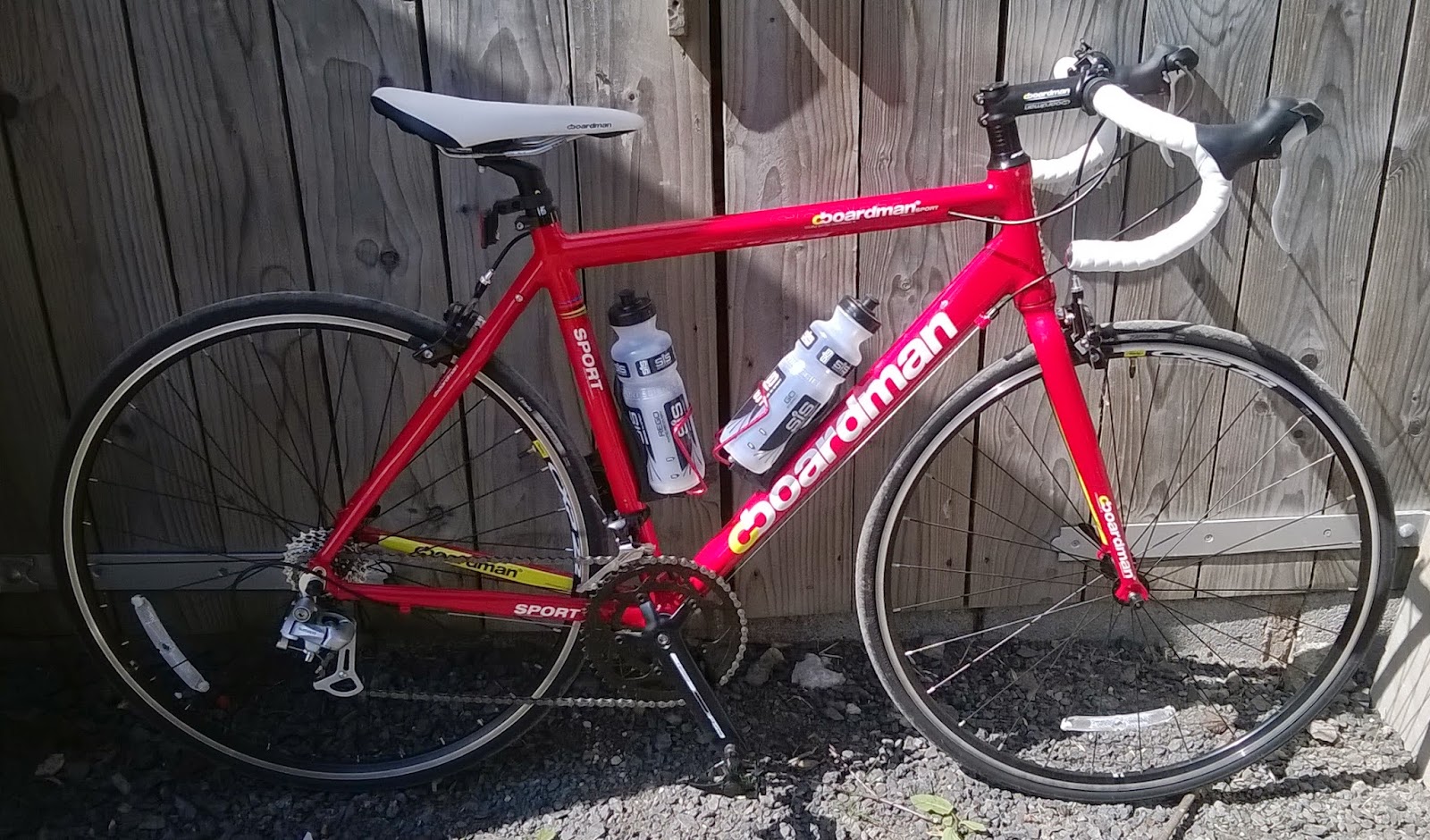 In the famous last words category yours truly came out with a phrase that was a timely reminder not to tempt the small gods of cycling this morning when the Red Kite Riders tipped out for a Sunday morning spin. There being three of us I just could not help myself but say, 3, the magic number, one to crash, one to stay with the injured and one to cycle for help.
A mere 500 metres along the Queens highway as yours truly caned it uphill casting a backward glance seeing how far he was ahead decided to slow right down and stop showing off changed gear and thats when it all went upside down and painful.
Changing gear threw the chain off and yours truly's stumpy little legs suddenly had nothing to push against and span out of control while brain tried to work out why legs were going Mach1 rpm while not making progress uphill. Gravity started to have an effect but brain could not stop legs spinning to release from clipped into pedals mode and inevitably the fall to earth began.
Left knee slowed descent while bionic left elbow made a hole in the tarmac and whole comedy fall was brought to a sudden and climactic halt by head hitting stone wall on the roadside. The whole seeing stars, cartoon birds flying round ensued and after untangling from wreckage I was glad my cycling companions were there to help, or not, they, seeing me hit the deck decided to wait at the top of the hill after spinning past chuckling like gassed Hyenas. Back in the race we did another 12 miles before the feeling a bit giddy and nauseous was called to halt by one of the trio baling out on account her new puppy had kept her up all night so I was allowed to bow out to go home and lie on sofa watching kids TV while the apprentice fussed over Daddy leaking red stuff. The dent in the back of my helmet shows how I could have been leaking a whole lot more.
The bike above is not mine, its the Stable Sprites, he has succumbed to the lure of Lycra and having bought a red one goes faster model is set to join us next time. I am hoping to stay upright. 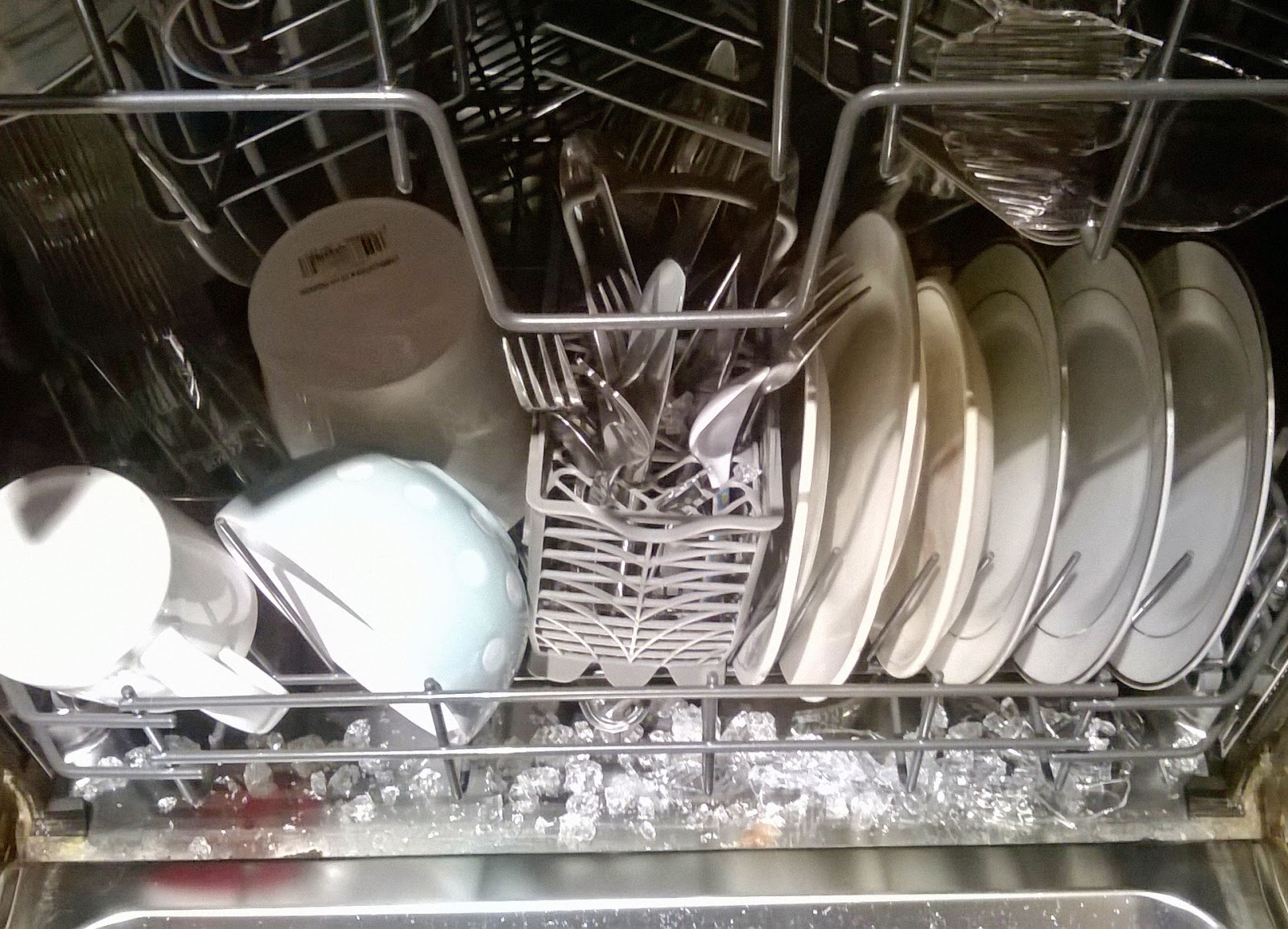 Talking of having a smashing time, this is the inside of our dishwasher, note one billion pieces of glass. This glass was intact when placed in and intact when wash cycle had finished. My beautiful and oh so patient wife opened dishwasher door, touched glass and it spontaneously exploded with a definite BANG  showering the inside with bits. My people have been burnt for less comment was deemed unhelpful and no logical explanation other than static or suicide remains.
Unless you know different.
Posted by Tony at 22:36