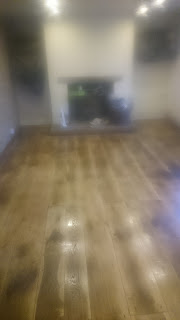 4 am Saturday morning is never a good time particularly when you have been marooned upstairs with a bottle of gin waiting for the varnish to dry on the living room floor. Despite what it said on the tin the varnish had not cured enough for its final coat so I retreated back upstairs with my deserved headache and waited. By 8 am it was safe to walk across and after all the critters had been seen to and secured away from any wet floorspace I set about the boards with a brush and applied the last of 3 coats. Thankfully it only took 59 minutes and I was off to engage in a real nerd activity of playing with little men. 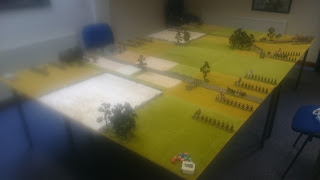 This is more wholesome than it first sounds, a wargame at Red Kite HQ using hundreds of painted miniature figures (for once not mine) and so a famous battle of the American War of Independence was about to re-enacted. However this would have to wait as a small matter of a 10km time trial had to be completed in less than ideal conditions and with legs abd back that were suffering from 3.5 days of roofing and flooring. Time trial over 19.21 not too shabby considering the wind I headed off to Agnesed where a diminutive Scottish lady beats me up under the guise of Osteopathy, a service I cannot do without. Thus cured of all movement induced pain it was back to Red Kite to assume command of the colonial army. 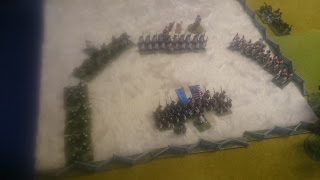 Who got hammered by the British, here is my last stand in the cornfields surrounding Freemans Farm. In actual fact the table game mirrored the historical event, the colonials got stuffed by the well disciplined Brits, but inflicted heavy casualties on the Kings men which meant the following day at the second battle of Freemans Farm the plucky Brits lost against a larger American foe. Ah well, the rest as they say is history. 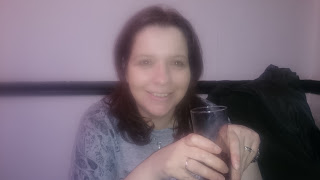 Nerd attack over yours truly got to take his beautiful and oh so patient out for a curry. Now it may have escaped your attention but in all the chaos of the last three point five days several very important people have been absent. This due to the fact that small children and large floor sanders don't make for good company. So they all departed to live with Supergrandma for the week leaving me to eat cup a soups and cereals stood in the kitchen by himself. So the chance to sit down and eat while spending time with the love of my life was jumped at. 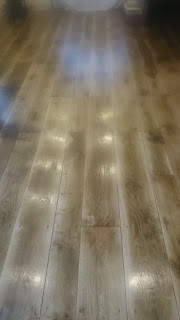 By the time we got back the floor was usable and we both cleared the wreckage from the kitchen left by a very busy bloke with no housekeeping skills. The floor done it seemed a good idea to re decorate the living room completely in the absence of furniture, kids and dogs so all of Sunday involved glossing woodwork and painting walls. All of Rugrat MkII's graffiti was covered over, even the ones done in indelible felt pen (took 4 coats!) 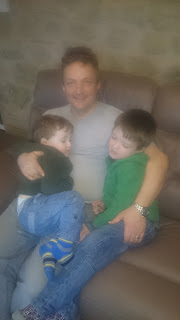 Late afternoon the boys were back in town and all work stopped for much needed cuddles and rocket launcher practice.
Posted by Tony at 20:21