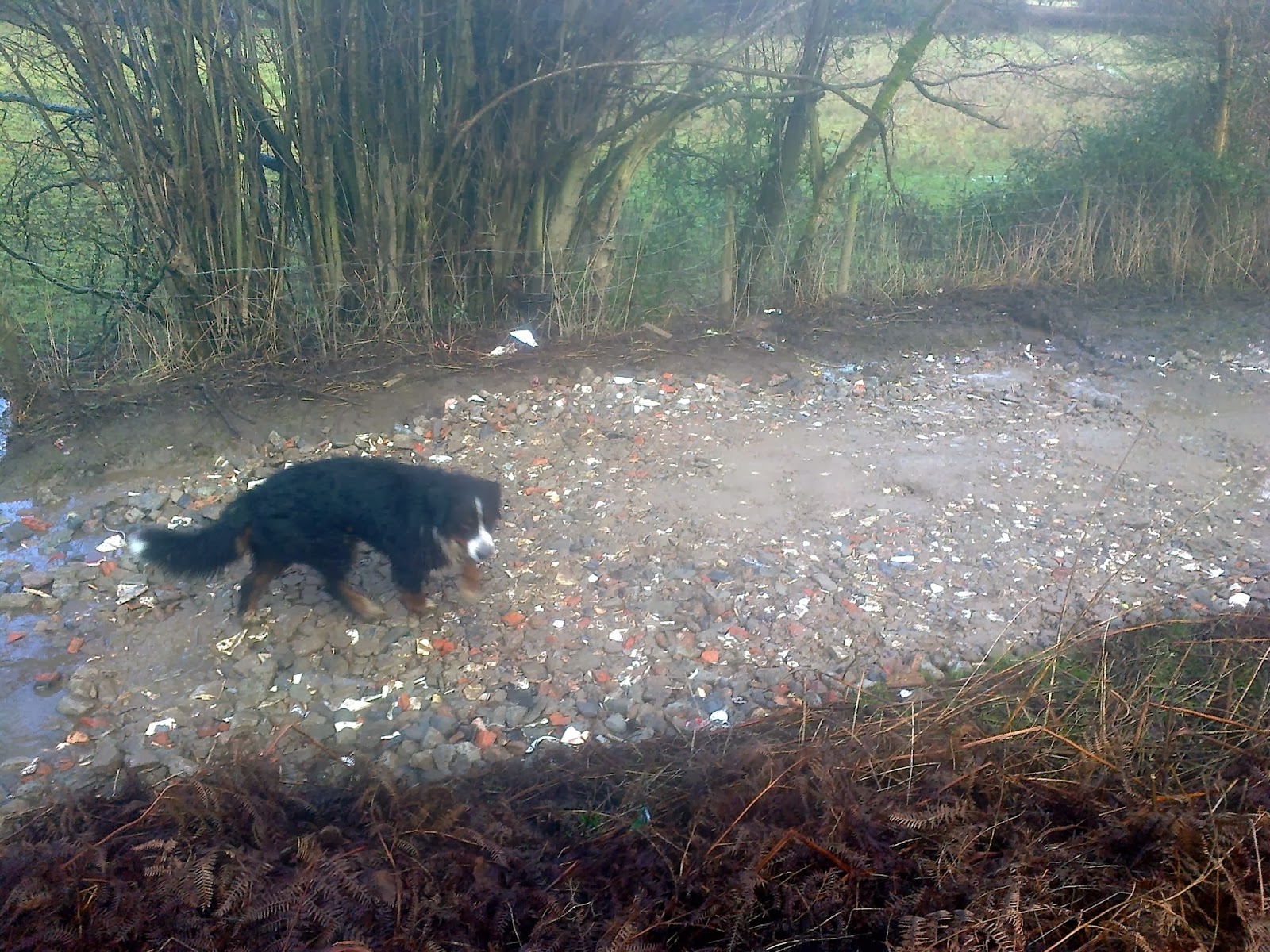 Starting late and finishing late in paid work meant that I could spend a couple of essential hours road building as the rented whacker plate was already two days overdue, supergrandma's car was trapped at the cottage due to large pile of rubble by entrance to the world and the road needs finishing so the materials for the Swiss Chalet Kennel block can be dumped in more or less carrying distance to the building site. So early doors saw yours truly and faithful Berners pulverizing rubble into the planets surface in an effort to get things finished and moving. Spotty tested the site of the lake, now a passable road. Admittedly there are small puddles either end, but thats just being picky. 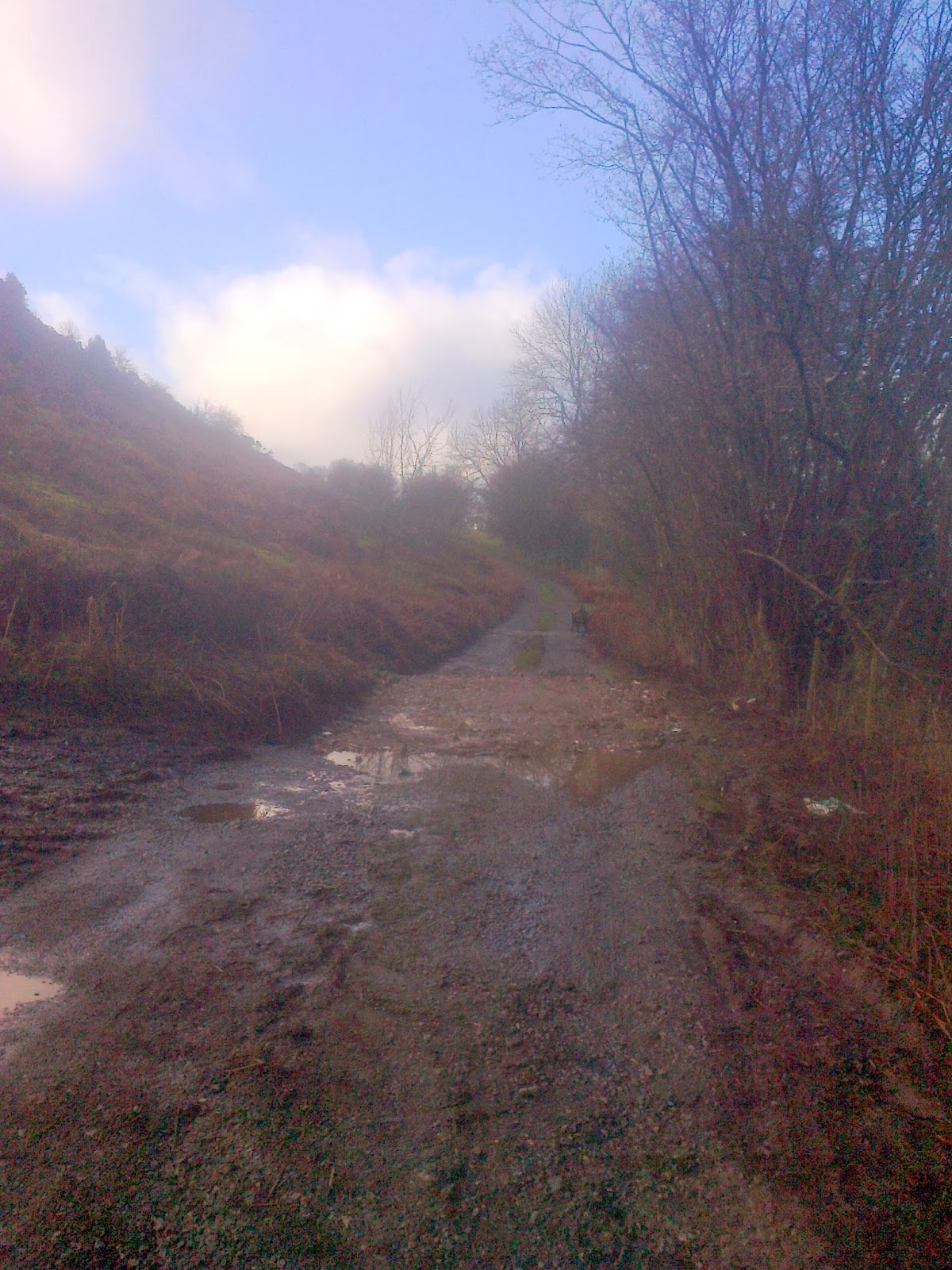 This lake has been in this position since 1980, its now ceased to be, its an ex lake. 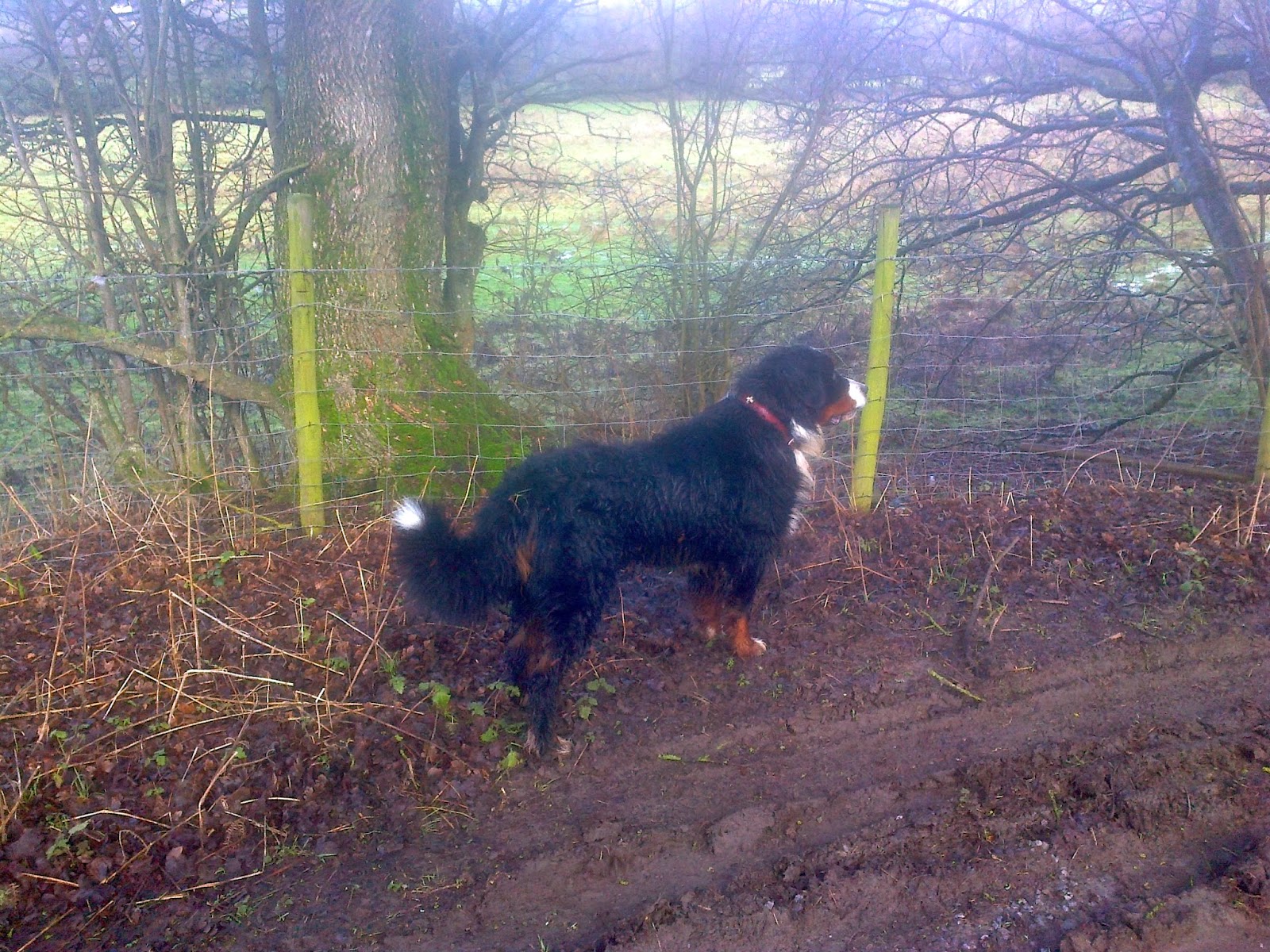 Spotty stood guard and watched the gateway to the world while I got on with removing the final obstacle to supergrandma's escape route. 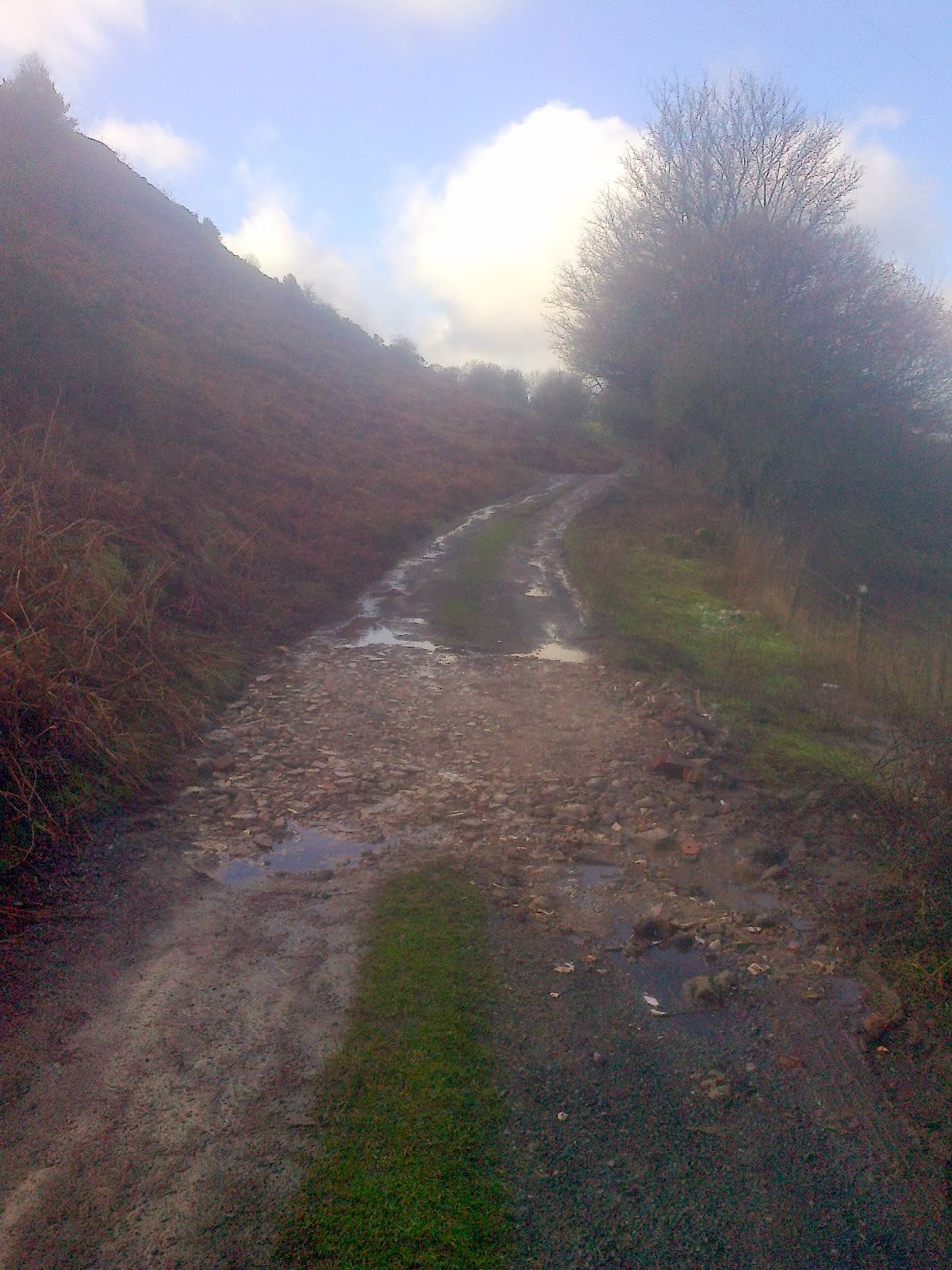 Again minor detail the puddles either end but now its nice and flat and totally unable to smash the bottom off a Skoda. Which was just as well as as yours truly was plying his trade in England's second city my beautiful and oh so patient wife had an accident at work which meant she phoned supergrandma rather than the paramedics, who responded and rescued her. The Skoda survived both trips along the lane unscathed. By the time I got home at 22.45 MBAOSPW had almost regained the ability to walk unaided and was given a Toblerone by way of consolation. Somehow she had managed to wreck the ligaments in her left knee on a swivel chair, hopefully this is a temporary incapacity as I was hoping she would shift 3 cubic metres of concrete for me on Sunday.
Still, there's time to mend.
Yes I'm all heart.
Its a failing I know.
Posted by Tony at 00:21