Its good, but not that good! 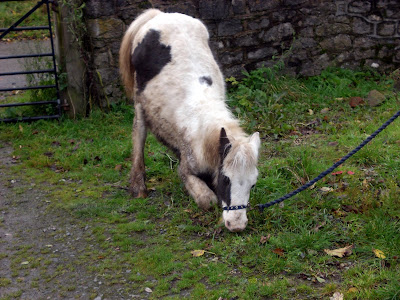 You might think that Apollo is kissing the ground after surviving some hideous ordeal, or perhaps he has found his god and is praying, maybe some horse royalty is passing and he is paying homage or that the grass is so good, so tasty it has momentarily rendered him unable to stand.

None of these would be accurate.

He shares his stable with four Ryeland lambs at the moment and they, in their desire to become the best provider of next years lamb chops, often fall to their knees and scoop up as much food from the trough as possible.

Apollo has been watching this and has adopted the technique of speed eating into his repertoire.

The grass is good, but not that good! 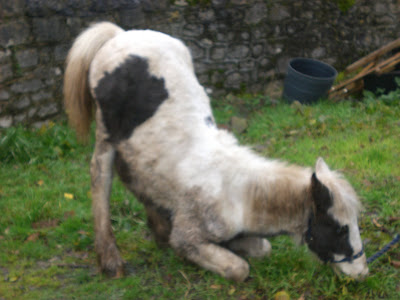