Get on with it. 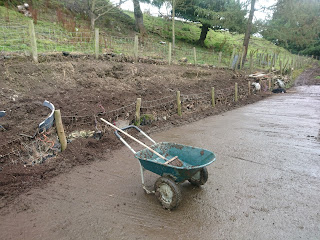 Having had a day meeting the collective nerd it was time to get on with the jobs list which today included clearing the runway, a horrible task give it had not been done since the digger was here and the ponies had exacted their revenge by making huge amounts of money in the form of hay turn into what yours truly was supposed to shift by barrow and spade. 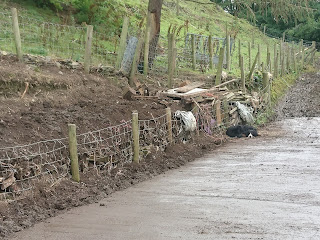 These are the after pics, with Mrs Bear in attendance. 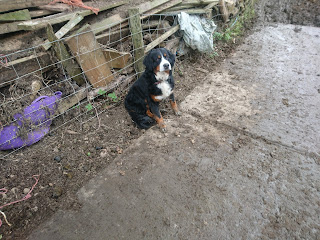 She has taken over the role of action Berner since her brother Spotty crossed over the rainbow bridge. 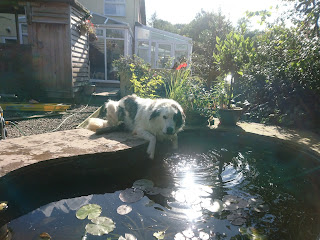 This young dog has landed on his paws, Rio seen here lounging by the poolside. About as far removed from dying in a drainage ditch in Romania as you can get!
Posted by Tony at 14:49