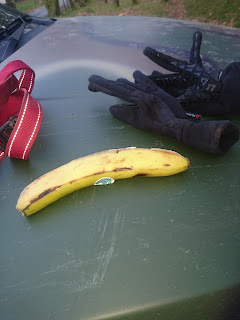 A quick breakfast on the go 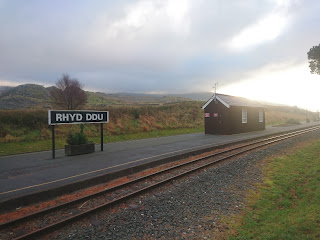 and we headed off up the Rhyd Ddu path 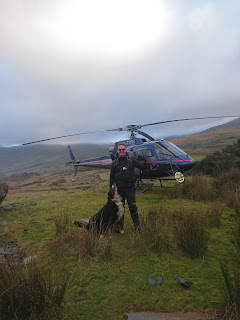 ignoring all offers of lifts 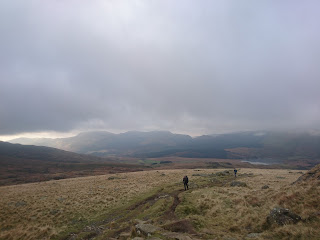 as this was an epic trek to the summit of Snowdon. 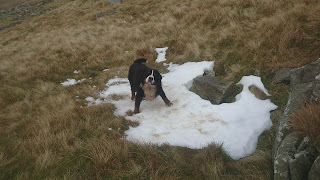 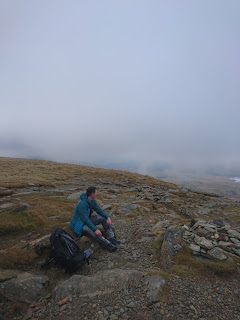 Dom, on only his second mountain, found the mountain posing very easy.

At 800 metres the fun began and we lost the visibility. 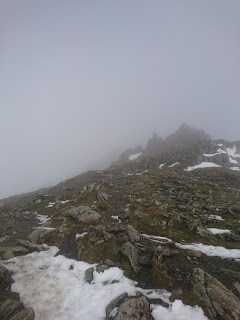 Which made the ascent interesting 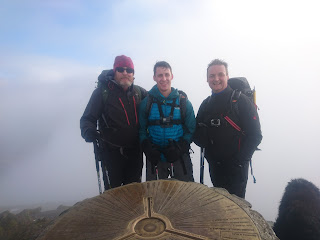 but we made it in good time and the weather cleared for .7 of a second. 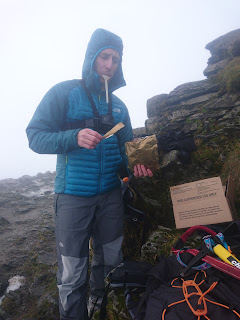 Dom found eating at altitude a bit of a puzzler. 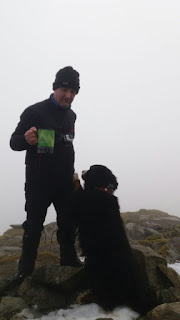 Yours truly tried to fend off a hungry dog while he tried to have a brew. 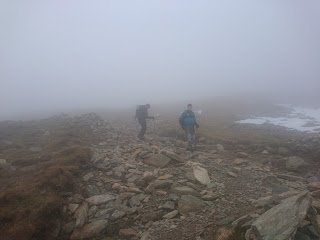 The descent was dull but broken up by messing around trying to belly slide in the snow fields. 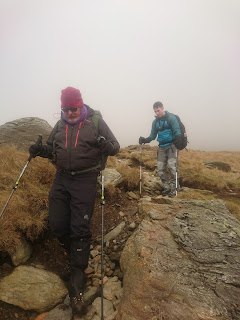 Eventually we got to where the clouds left 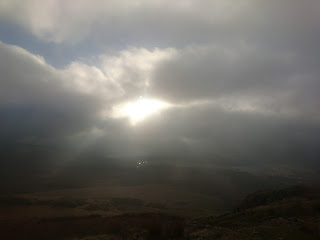 and a sort of view was exposed 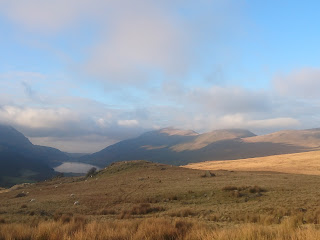 but by the time we were almost back at the car the weather cleared. Thoughts of going back up topside just for a view were quickly dismissed 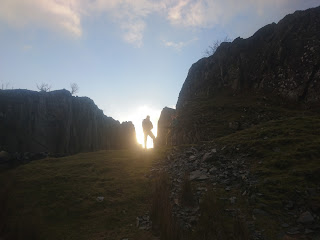 so we did some more posing 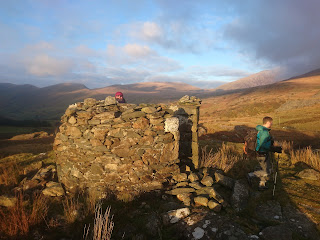 and used the outside bog. 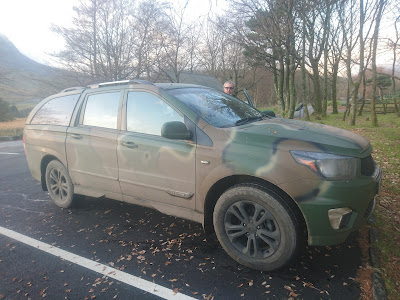 Car where we left it 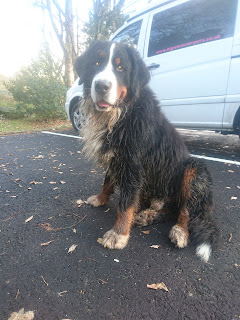 dog tired we set off home again in time for tea and medals.
Posted by Tony at 15:51