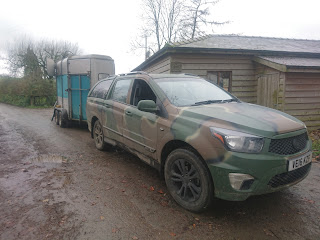 Long ago at Rock HQ a young horse arrived called Will.I.Am who wandered lonely until Trevor the pocket rocket shitland joined him and two mucked about endlessly until their ranks were swelled by the addition of Apollo the wonderfoal. Things were happy and settled, life was good, but there came a point where Will.I.Am et al were taking all our time and there was no time for rug rat MkII and his older brother the apprentice. Over in the land of the Stable Sprite a horse was lonely and needed a friend so Will.I.Am joined him, cutting some of the work at Rock HQ and giving Will.I.Am the chance to be ridden regularly while my beautiful and oh so patient wife was unable to. 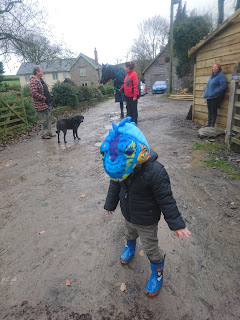 Tine marches on. Three years in fact and its now time for our lovely boy to return to Rock HQ where we kept our word and cut down on the amount of animals and really haven't got two more horses, two donkeys and 8 goats not to mention 19 dogs. No! 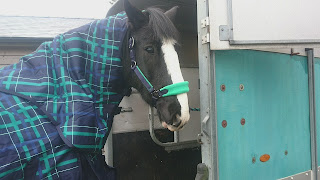 So after three years being pampered and kept in luxury cathedral like sized stables Will.I.Am said his goodbyes and fare-wells to Mr and Mrs Stable Sprite and returned to his former residence. 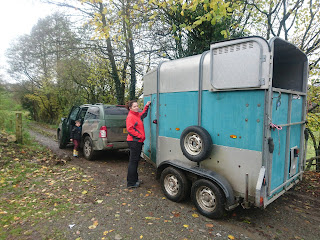 His return was greeted with great excitement and enthusiasm by his previous stable mates but unfortunately there are no pics of Will.I.Am and Apollo going all soppy on seeing each other for the first time in over 3 years as the camera stopped working. So no pics of Apollo leaning on Will.I.Am and following him nose on shoulder all afternoon. Friends reunited.
Posted by Tony at 15:10