Build it and they will come.... 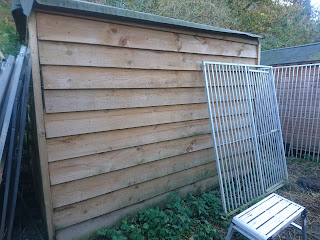 With the seemingly ever increasing number of K9s resident at HQ we are pressed for space. Despite having an annexe for exclusive use by dogs, a massive Swiss Style Chalet kennel block and various sleeping berths in the conservatory, sofas, landing and even the bathroom (Berners have separation anxiety) more room is needed. 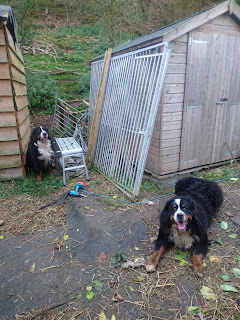 Having built a fantastic donkey shelter that has never been used by donkeys it seemed daft not to attempt a quick conversion. That was the plan. What yours truly had forgotten was that most woodwork projects undertaken at Rock HQ are all dry runs for a mega block stable planned for sometime whenever, so a small shed had been built to withstand nuclear blasts and any idea about being a quick conversion had to be rapidly rethunk, especially as the tool kit primarily consisted of a power drill with no bits, a rusty saw and a bent spoon. 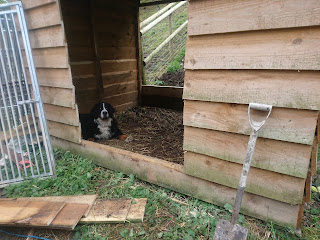 Not to be knocked back by such trivial factors yours truly set about the task with vast amounts of enthusiasm and soon the back became the front and the new back on the old front was being reworked and clad. I had wanted to take the whole front off and put it on the back but bent screws, impossible joints and physics put paid to that. 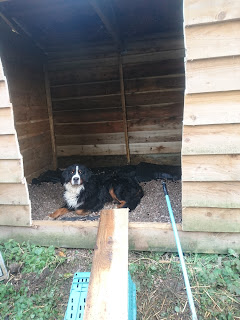 Soon as in hours later, the back was on and the new none too straight doorway allowed a new floor and supervision by Berner to take place. 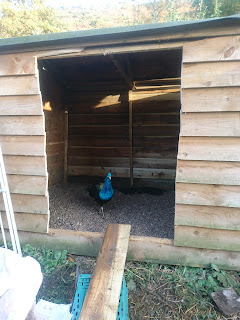 Close inspection by Hardy the peacock was an interesting diversion 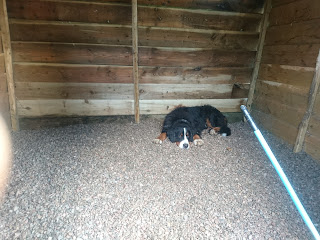 but eventually the 1.5 tons of gravel were moved from the front of the stables to the new day kennel. Spotty tried it out for level and found it most agreeable. 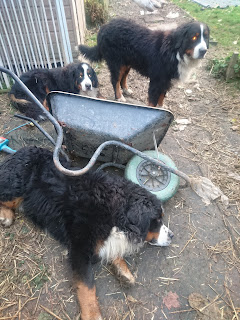 Just as well we finished the floor when we did as the wheelbarrow died on the last load, its now a colander. Reuben tried to revive it with body warmth but it was too far gone. 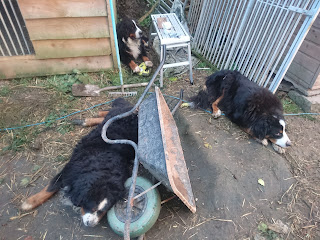 We all had a quiet moment and then pressed on without it. 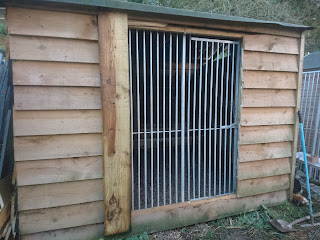 Cage in place and a tidy up 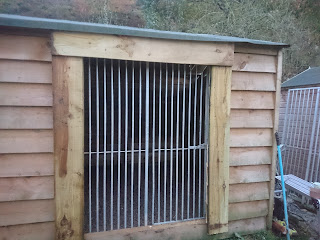 created an impression that one of us might have an idea of what he was doing rather than making it up as we go along.  We now have a large day kennel and must not fill it. 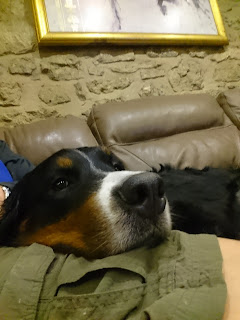 End of play and I was allowed back in the house for a snooze on the sofa with our amazing tri pawed Elf who is making a brilliant recovery.
Posted by Tony at 12:33