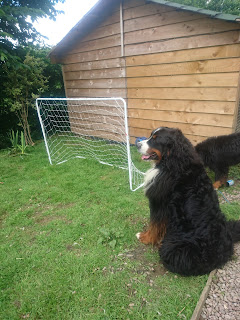 With Wales showing England how to play football the apprentice and rug rat mkII decided to kick over the traces and play a game with the wrong shaped ball, hence the sudden appearance of a goal set in the garden. Watched by members of the Swiss team 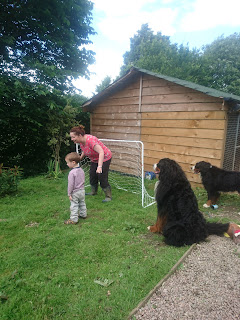 the boys pressed home their attack 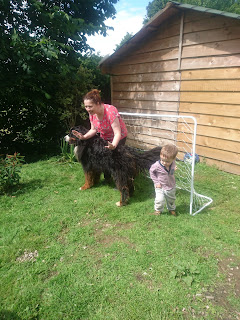 but found a solid wall of defence 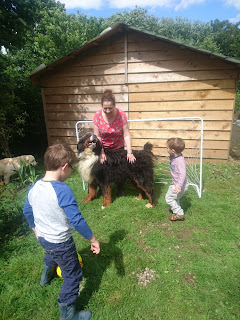 which could not be moved 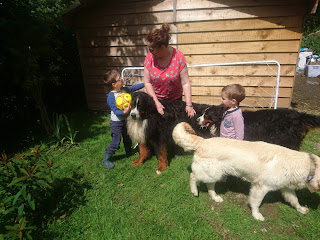 and in a frantic goal mouth struggle 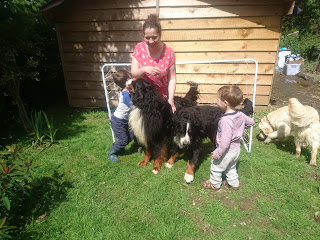 they finally scored by throwing it in. 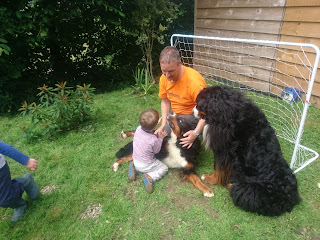